Assembly Bill 158 is sponsored by Assemblyman Jim Marchant, R-Las Vegas, who hopes legalizing the use of fish for pedicures will boost the Nevada economy. 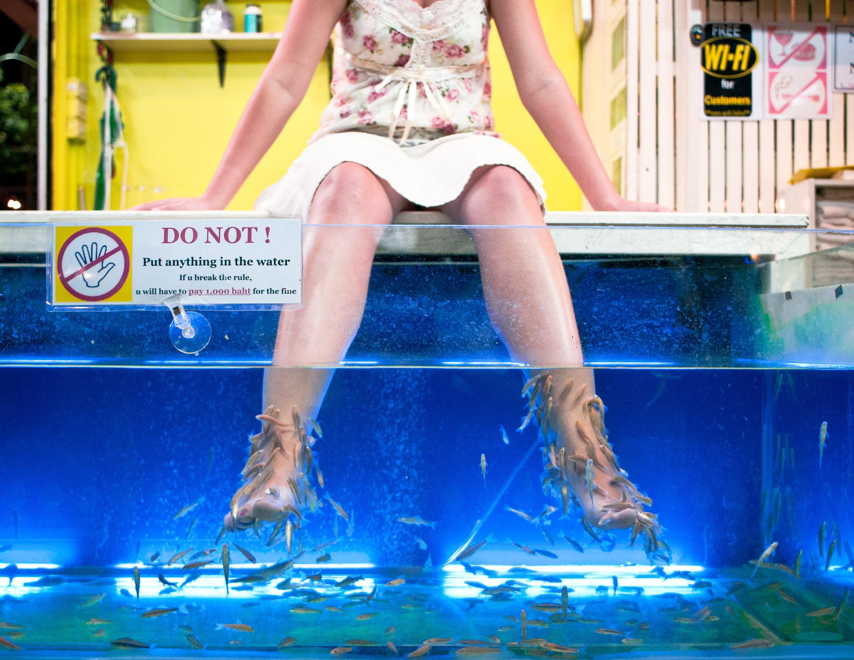 *UPDATE: Assembly Bill 158 did not pass as it failed to meet the legislative deadline of April 14. No further action is allowed on the bill.

Assembly Bill 158 was sponsored by Assemblyman Jim Marchant, R-Las Vegas, who hoped to legalize the use of fish for pedicures to boost the Nevada economy.

During a fish pedicure, the person sticks their feet into a small tub of tiny, toothless fish that feed on dead skin cells. This placed concern that the water couldn’t be properly cleaned and sanitized between each customer and neither can the fish.

A state that has legalized the use of fish is Utah. There is no evidence to show the positive impact on the economy considering it isn’t offered at salons, but it is a popular tourist attraction at aquariums such as SeaQuest. At SeaQuest located in Layton, UT you can schedule a fish spa session online for $15. The attraction claims it will exfoliate the dead skin, give a micro massage sensation, release stress and tension, and cause perpetual laughter due to the ticklish sensation.

The fish, known as Garra Rufa, or doctor fish, are native to several Middle Eastern countries. They don’t draw blood but animal rights activists say they must be starved to feed on dead skin.

Alyse Brautigam, an animal rights activist on YouTube, says that the use of fish for pedicures should be considered animal cruelty, “The fish must be starved from their standard food of algae in order for them to feed on dead skin,” Brautigam said.

In addition to the fish being removed from the ocean, they would have to be imported from the Middle East where they are native to the rivers in Syria, Turkey, Iran, and Iraq.

In the Assembly Committee hearing on Commerce and Labor on March 3, Assemblyman Marchant advocated for the bill on behalf of two men from Iraq that brought this service to his attention. The pair said they wanted to offer this service in America because they believed it will do great things for the economy like in the Middle East.

Valerie Fritz, a nail technician at Tres Image Salon in Reno, said that offering fish pedicures would have attracted more clients, “I think it’d be something interesting to explore in Nevada. From what I’ve heard about them, they are a standard tourist attraction in foreign countries,” said Fritz. “Hygiene would be a topic of concern because we wouldn’t be able to clean the bowls for every client like we are required to do.”

Fritz was interested in exploring the service, but also said that there wouldn’t be much for her to do since she wouldn’t be able to groom the feet before applying nail polish.

Serious-minded legislative leaders apparently have decided there are more important bills to fish through this session.