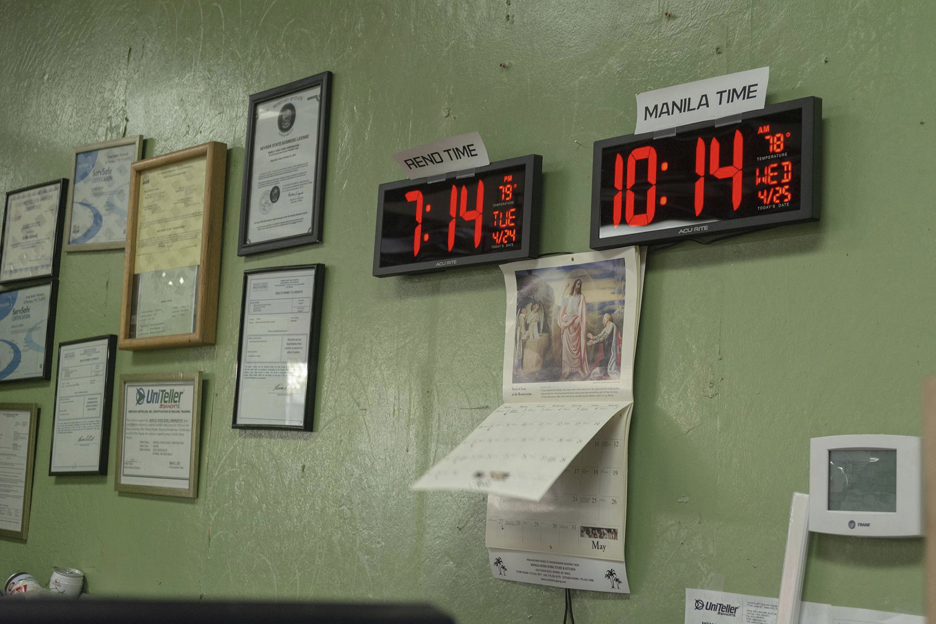 Balikbayan boxes are a traditional shipment Filipino immigrants send to help family members in their home country of the Philippines. According to the 2016 U.S. Census, more than 10,000 Filipinos live in Washoe County. In early 2017, the Philippine Bureau of Customs imposed stricter regulations on the boxes to promote transparency and prevent smuggling on imported items. The impact to the few businesses in the Reno that specialize in these shipments has not been severe.

“Every year naman nag increase ang sales naming at dumadami yung,” said Joecel Soriano, manager of LBC Express, Inc., a courier company based in the Philippines with an office in Midtown Reno.

Every year we see an increase in our sales and you notice that your customers have increased as well. You can sense that the community has really grown here.”

Balikbayan is a term in Tagalog that means “a Filipino visiting or returning to the Philippines after a period of living in another country,” or simply, “to return home.” Similar to care packages, a balikbayan box is a much larger version sent by a Filipino relative who has been living overseas. These boxes typically contain everyday items such as food, clothing, toys and household products. The cost of sending a balikbayan box can be between $50 to $100 USD and upwards, depending on the weight of the box and the distance it must travel.

Under the revised regulations, senders are required to declare everything they are shipping. Additionally, the sender must fill out an itemized description of the goods, including the quantity and actual or estimated prices. For any newer items sent, like an iPhone, proof of purchase must also be included, with three copies of each form. Additionally, a printed copy of the sender’s passport must be included with the paperwork. 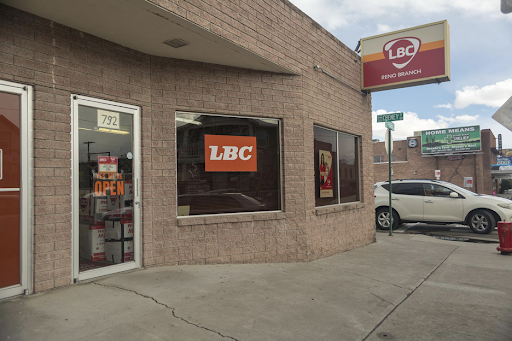 Joecel Soriano has worked for LBC for 15 years and manages the Reno LBC branch, which he said is the most recognizable name for mailing these boxes. 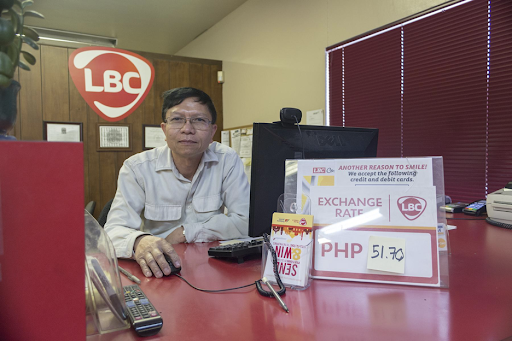 Joecel Soriano at the Reno branch of LBC.

While some customers have expressed concerns about sending boxes under the new regulations, Soriano said he isn’t worried as he expects they will likely adapt quickly. 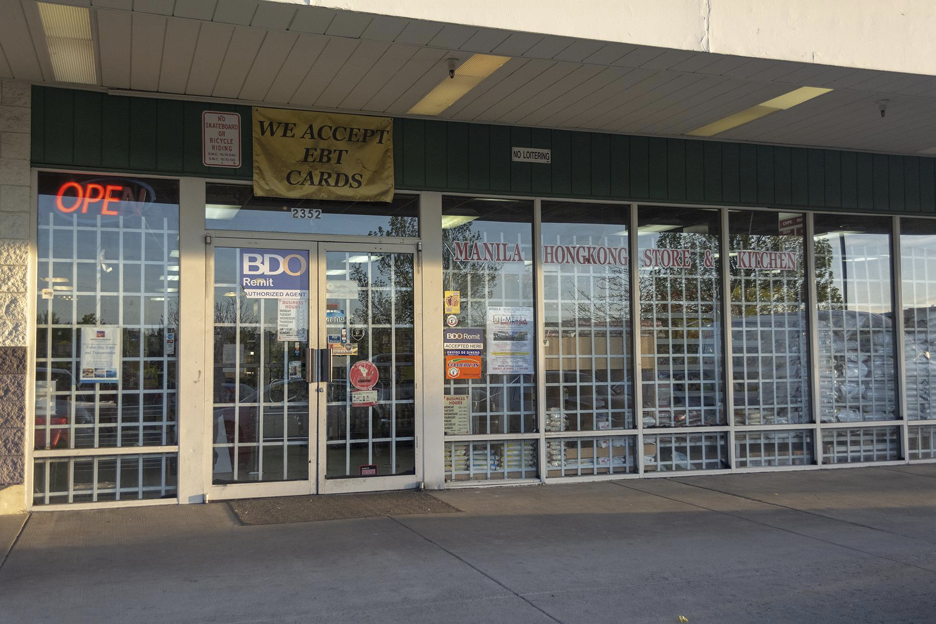 JR Munoz started picking up the boxes 18 years ago from Manila Hong Kong.

“Filipinos send boxes for convenience. For example, if you are going to the Philippines you are only allowed two fifty-pound cargo and one twenty-five pounds. With all the heavy items you have purchased, you can send it in a balikbayan box that can meet you in the Philippines so you do not need pay extra baggage fees.” 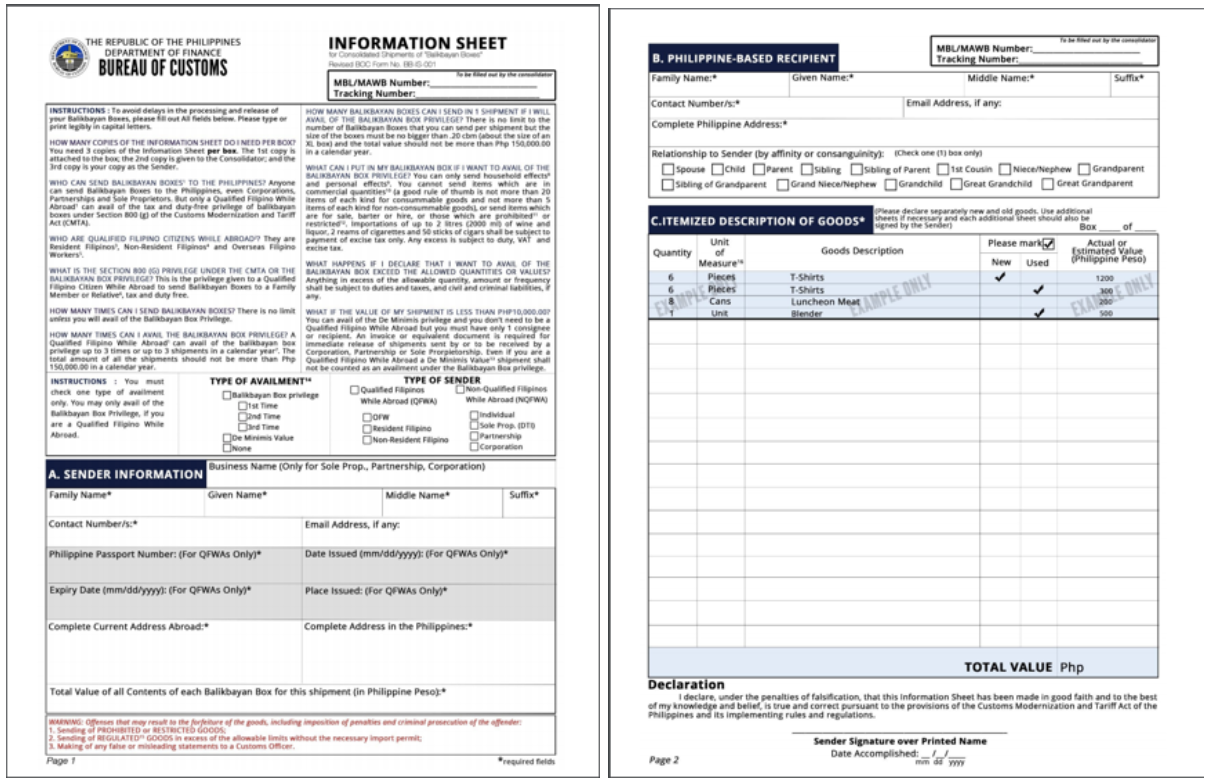 The updated Information Sheet that must be filled out to send a balikbayan box. The second page includes the itemized description of goods list. From the Philippine Bureau of Customs.

Ronaldo and Lilibeth Doluntap have lived together in the U.S. for 17 years. In the 1990s, Ronaldo was an Overseas Filipino Worker, or OFW, in the U.S. An OFW is a person from the Philippines who is living and working in another country, usually for a temporary basis. It is common for an OFW to leave their home and family in order to work for more pay overseas. With the money earned overseas, the OFW will send money and supplies back home to support their families.

Ronaldo used to send balikbayan boxes to Lilibeth while they were living apart. He hasn’t sent a box in years, but he remembers the process.

“In the Philippines, if the box comes from the U.S., they would expect the good stuff to be inside. If you put a bag, like a Louis Vuitton, they will open it. That’s why you need to lie,” Ronaldo said.

It’s possible with the new regulations that receipts for newer items could lead to an increase of stolen contents from the boxes. The Philippine Bureau of Customs claims that the new rules will lead to the safety and welfare of the Philippine citizens and help ensure that the valuables inside the packages arrive safely.

The new requirement to include a printed copy of a passport is troublesome. Some OFWs are working on expired visas and disclosing this information may lead to their deportation back to the Philippines. Even so, this will likely not prevent OFWs from sending the boxes as it is a representation of the fruition of their hard work — something tangible they can give to their family while they are away.

“When they finally receive their package, they are overjoyed.” 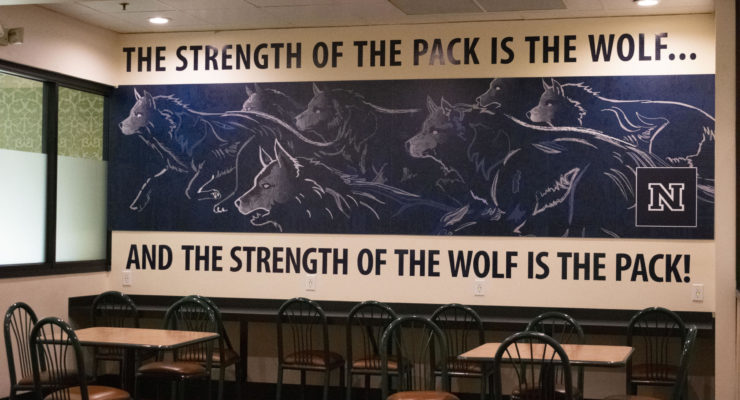 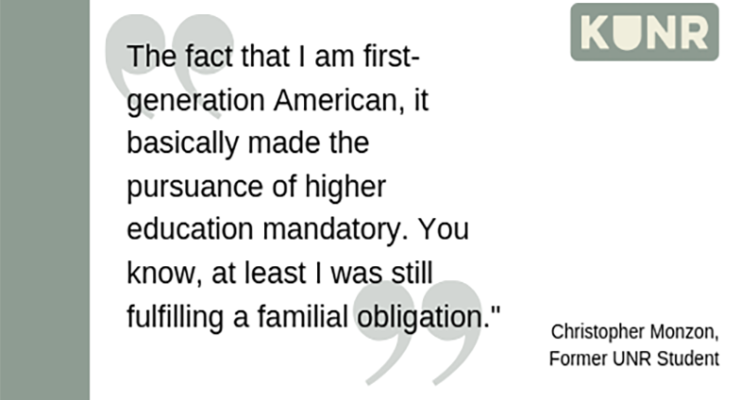 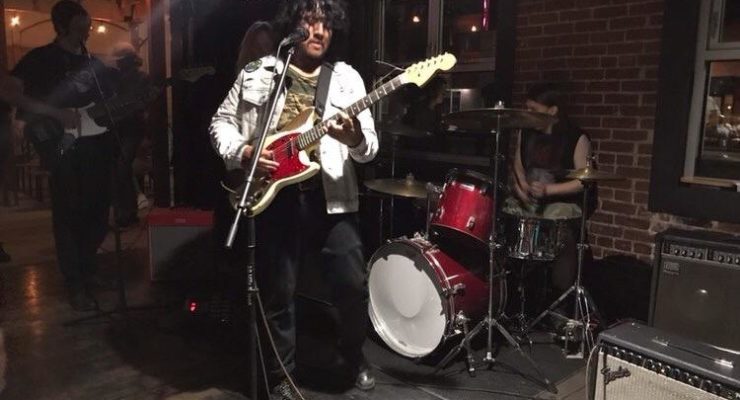