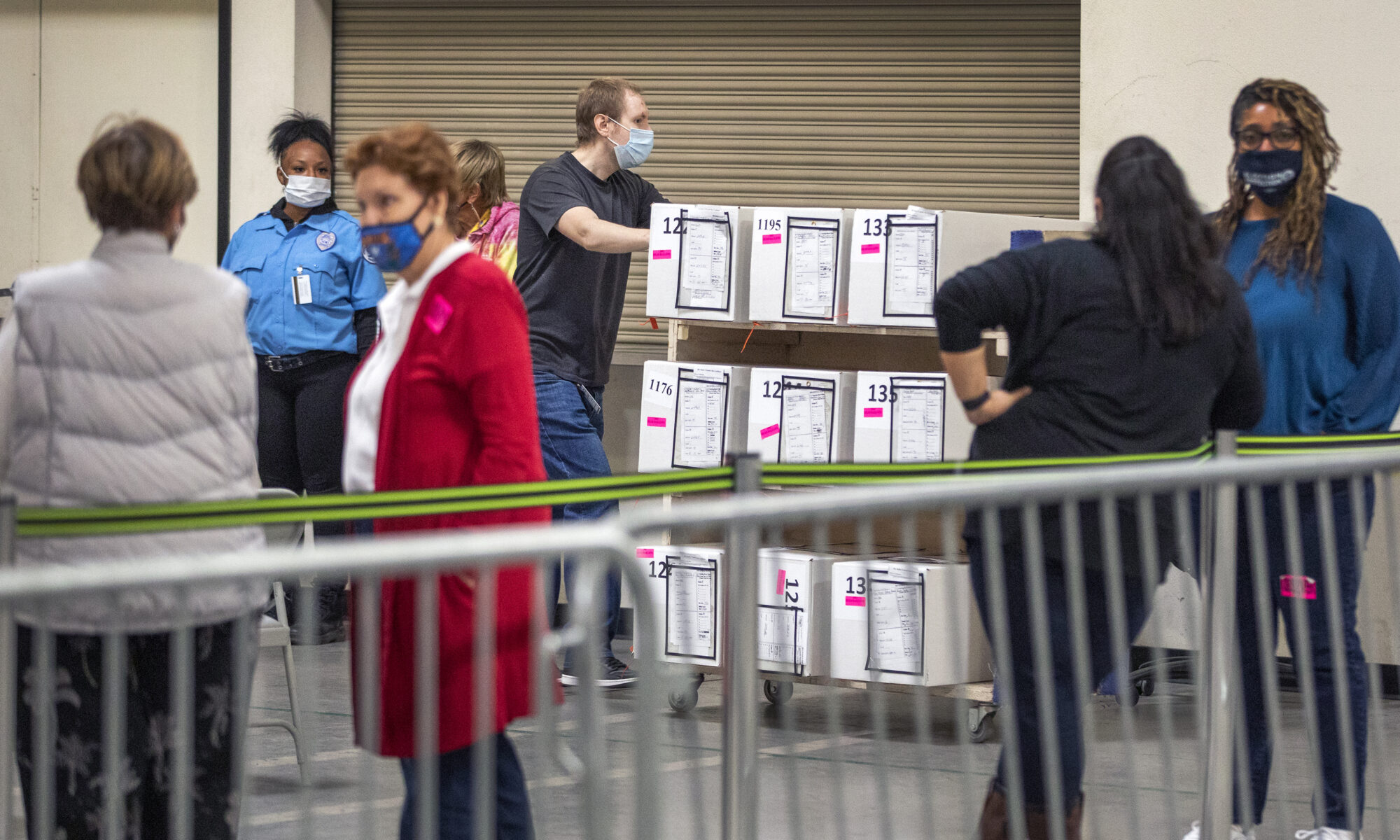 Former Vice President Joe Biden expanded his narrow lead over President Donald Trump in Nevada Friday morning, placing him on what is expected to be a path to victory in the Silver State, though the race still remains too close to call with more than 100,000 ballots still outstanding.

Biden now has a more comfortable 1.6 percentage point lead in the Silver State, up from just under a percentage point Thursday, as he managed to expand his lead over the president to 20,137 votes. However, fewer votes than expected rolled in Friday morning, with Clark County posting tallies for only about 30,000 ballots instead of 51,000 after election officials accidentally reported the total number of ballot pages to be counted rather than total ballots.

Among those 30,000 ballots, the former vice president continued to capture about two votes for every one vote received by Trump, a result of the fact that the county is currently working through a stack of tens of thousands of mail-in ballots, a voting method much more preferred by Democrats than Republicans.

Those Clark County ballots represented almost all of the 36,000 new votes reported statewide, illustrating how difficult a path to victory is for Trump in the Silver State if Biden continues to win mail-in ballots in the county by the same margin, as he is expected to do. Rural counties, where Trump has been winning mail ballots by a 2-1 margin, only reported the results from 8,000 ballots Friday morning.

Clark County Registrar of Voters Joe Gloria said more results will be announced around 4 p.m. Friday, although he couldn’t say how many votes that update will include. The county, meanwhile, is still receiving mail ballots postmarked by Election Day through the U.S. Postal Service. Another 241 mail ballots arrived from the postal service Friday morning, he said.

That leaves about 63,500 mail-in ballots to be processed across the county, which Gloria said he expects to be mostly counted by Sunday, though mail-in ballots postmarked by Election Day can still be counted if they arrive by Tuesday. There is no way to know how many of those ballots might arrive in the next five days.

Continue reading the article at The Nevada Independent. This story was originally published on November 6 and coauthored by Megan Messerly, Jackie Valley, Jacob Solis and Riley Snyder.