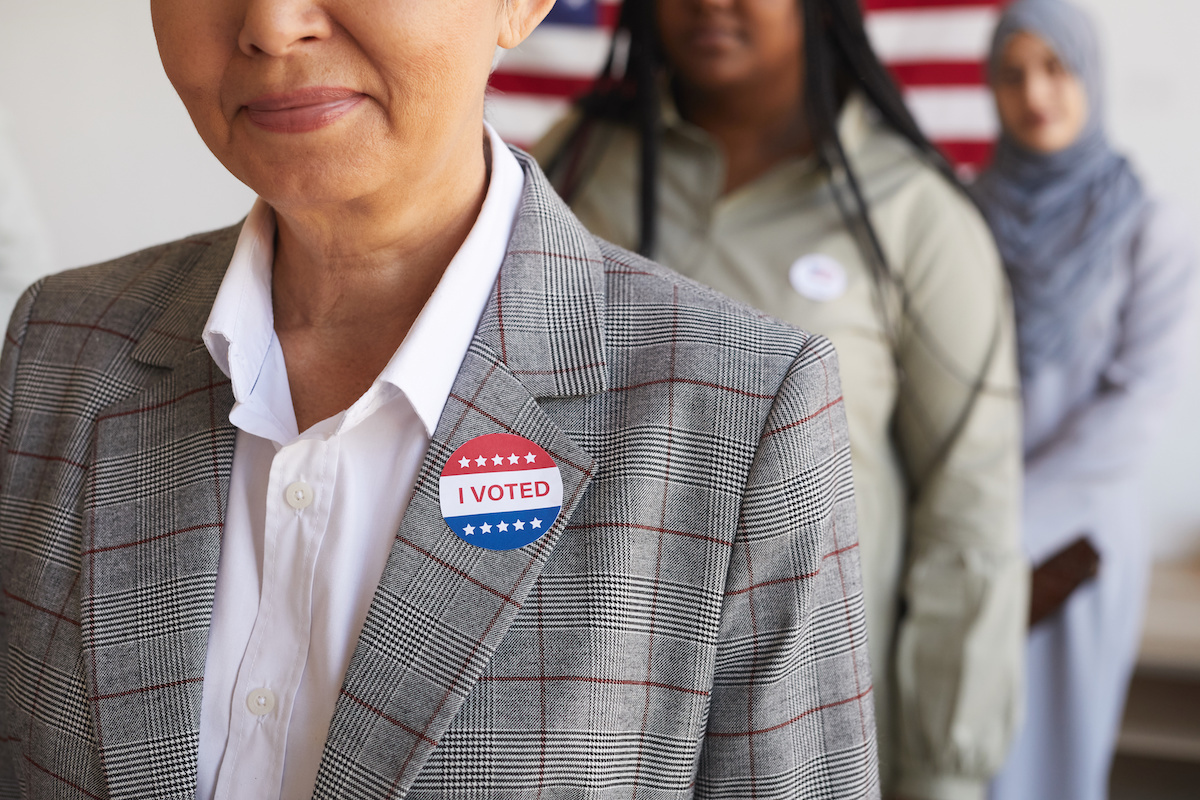 Women waiting in line at a polling location. Credit: Seventyfour

This election, women made up an important voting bloc and the door is slowly opening as more women run for office.

To understand the influence of women in politics, KUNR’s Natalie Van Hoozer spoke to Dr. Christina Ladam, a political science professor at the University of Nevada, Reno. They also discussed how the current pandemic may or may not have affected women voters in this election.

Natalie Van Hoozer: Generally speaking, in terms of U.S. elections, how has the role or importance of the female voter evolved in recent years?

Dr. Christina Ladam: Where we’re at right now, women vote at higher rates than men. Even though they’ve only been really involved in the voting and political process for a hundred years, much less than men, they’re pretty influential in the political process now. We’ve seen that over the past five years or so, increasing numbers of women… the Women’s March, and issues that women care about coming to the forefront.

Van Hoozer: Are you able to contextualize women’s role in politics and as voters in Nevada with Nevada’s political history?

Ladam: Nevada is a leader in that sense. Nevada has the first-ever majority-female state legislature, which is remarkable. There are a lot of female elected officials in the state. We have research that shows that women are going to be better informed about politics when they are represented by women. Even young people have higher levels of political knowledge when they are represented by women.

Van Hoozer: That’s interesting. And how would you describe women voters and what their influence in these 2020 elections is?

Ladam: 2020, obviously there isn’t a woman on the ticket this year for president, and yet women seem very galvanized in this election and could really be kind of the deciding factor. That’s why we’ve seen President Trump out there trying to make appeals to suburban women, who went for him, generally, in 2016 but it seems they are shifting now in 2020.

Van Hoozer: Has the lack of childcare options during the pandemic created a hurdle for women voters during this election?

Ladam: The burdens from the pandemic on households … We’ve seen research that shows that it’s hitting women harder and women are more likely to be considering giving up their job because of the pandemic. In Nevada, because Nevada had already put into place mail-in voting prior to the pandemic, I mean they made changes to the system, but I think in Nevada, hopefully people have had their ballots for a while, they’ve got the time to get their ballots in.

In other states, where they don’t have mail-in voting or people are still having to go and wait 10, 11 hours to vote, I think it will hit all parents hard. But given the way women have been hit harder during this pandemic, yeah, it could be associated with lower turnout for women in those states. But that’s always a concern. It’s always a concern for especially lower income individuals who can’t take time off work to try and cast a ballot.

Van Hoozer: Does having a female VP candidate impact the female vote?

Ladam: It’s very tough to try and measure that, because it’s such a rare occurrence. That said, because it has been such a rare event, a woman rising up to that level should certainly affect women. I mean voting mostly just comes down to partisanship, but as far as inspiring other women to see themselves as part of the political process, I’m sure the nomination of Kamala Harris will make more women see themselves as qualified for the job, which has generally been the problem with women’s underrepresentation in politics.

Equally qualified to men, women are less likely to see themselves as qualified to run for office. One way to combat that is by having prominent women in politics. It’s worth noting that she’s not just a woman, but she’s also a mixed-race woman of Black and Indian descent and that is also remarkable. So the research on the effect of prominent role models would tell us that she is going to inspire more women, more Black women, more Indian women, to see themselves as part of the political process.

This story was produced in partnership with KUNR Public Radio with production assistance from KUNR bilingual reporter Stephanie Serrano.