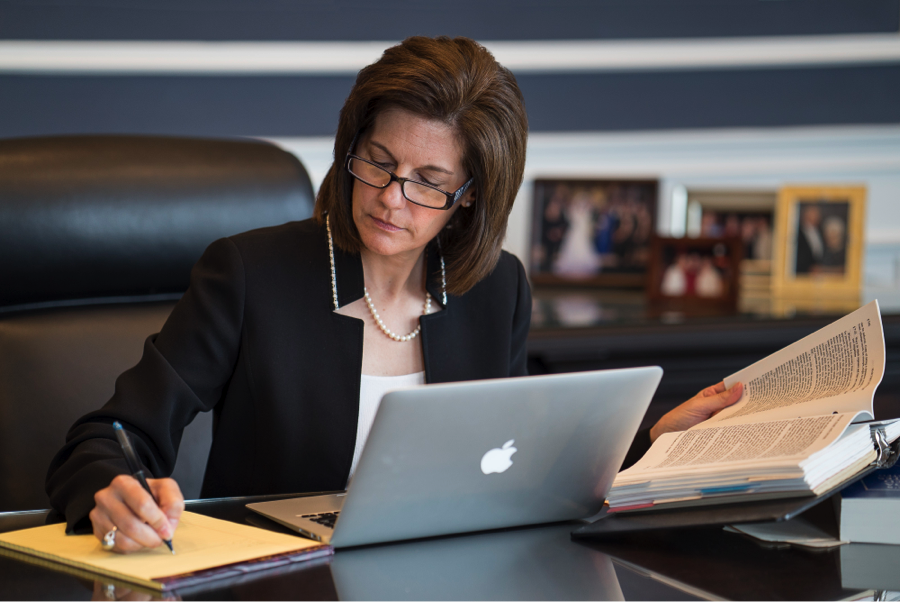 Harry Reid has held an important position in the Senate for 29 years. Beginning in 1987, he fought for liberal legislation and has worked with five different presidents during his time. The 75-year-old Democratic leader will retire this year

Cortez Masto is a name well known in Nevada. Cortez Masto served as Nevada’s attorney general for eight years from 2006 to 2014, working diligently in favor of progressive reforms.

According to Cortez Masto, her current campaign for Senate has been going well thus far. She is busy raising money and awareness while visiting with Nevadans to learn what issues they care about.

“It’s important to get out and talk to voters, and that’s what I’ve been doing,” said Cortez Masto during a phone interview. “It’s not much different than what I had done for eight years as the attorney general—being around the state and talking with individuals.”

Cortez Masto’s landmark case occurred in 2010: After the housing crisis of 2008, and one of the worst economic recessions in history, she began to investigate Bank of America’s suspicious practices in Nevada. She accused the company of deceiving homeowners and performing abusive foreclosure practices.

“I was one of the first attorney generals in the country to sue Bank of America,” said Cortez Masto. “We brought over two billion dollars back to the state of Nevada to help homeowners.”

Some of that money was used to create programs to provide services to help homeowners.

Cortez Masto also strengthened laws to combat human trafficking and abuse against women, and established a senior protection unit to protect elderly citizens. She was replaced by Adam Laxalt in 2014, who is her polar opposite regarding policies.

The platform for her senate campaign reflects the topics she tackled as attorney general. Her four main points are to overturn Citizens United, protect Medicare and social security, raise the minimum wage and pass immigration reform.

“I know there are a lot of families out there still struggling,” she said. “They are unfortunately still underwater with their homes or they’ve lost their jobs. Now it’s about addressing those issues, and as a United States senator it’s also about making the economy work for everyone.”

Having a Hispanic last name and advocating strongly for immigration reform may help her secure the Latino vote. It also certainly helps that Senator Harry Reid has already endorsed her candidacy.

“Not only am I the best candidate to represent [Nevadans] in the Senate, but there’s a clear contrast between me and my key opponent, Congressman Heck,” said Cortez Masto. According to her, his voting record is an indication that he would affect Nevada in a negative way.

“I think voters will understand that, and that’s my goal: to get out there and talk to [voters] about why I’m fighting on their behalf.”

As the November elections quickly approach, we will see the increasingly heated struggle between Cortez Masto and Joe Heck for the senate position.