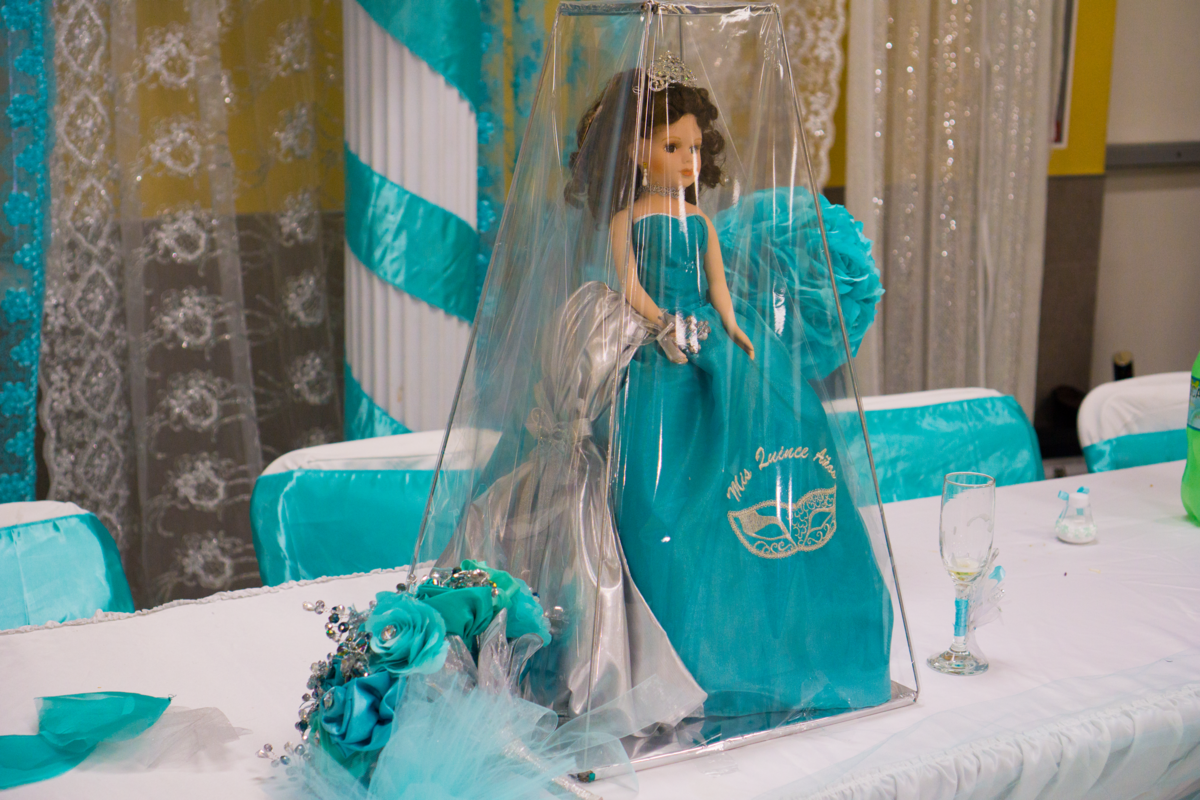 La ultima muñeca, or the last doll, is a gift the quinceañera receives on her big day. It is a significant milestone as her last childhood toy now that she is becoming a young woman. CREDIT: Stephanie Serrano

15-year-old Angélica Puga believes that having a quinceañera is more than just the glitz and glamour; it is the moment she becomes an independent Latina.

When you were a little girl, you would ask your parents for help and they would help you make the right decision,” Puga explained. “Now they just give you advice so you can learn from your mistakes and learn how to make your own choices and just accept the right consequences.”

Quinceañeras are Latin American traditions which are meant to celebrate a young girl becoming a woman. The average quinceañera can cost between $10,000 to $15,000. That includes the venue, entertainment, catering, photography, videography, and the wardrobe for the birthday girl and eight of her closest friends.

The quinceañera’s loved ones contribute financially to make the celebration come true. They are called padrinos, or godparents, and they can sponsor specific items like the heels, the crown, the cake or the dress, which–on the low end–is at least $600.

Lily Gutierrez has owned a store for the quinceañera business for four years on Wells Avenue in MidTown Reno.

Her store is filled wall-to-wall with elegant, bold dresses of every color and material from lace to silk to tulle, along with intricate beading. 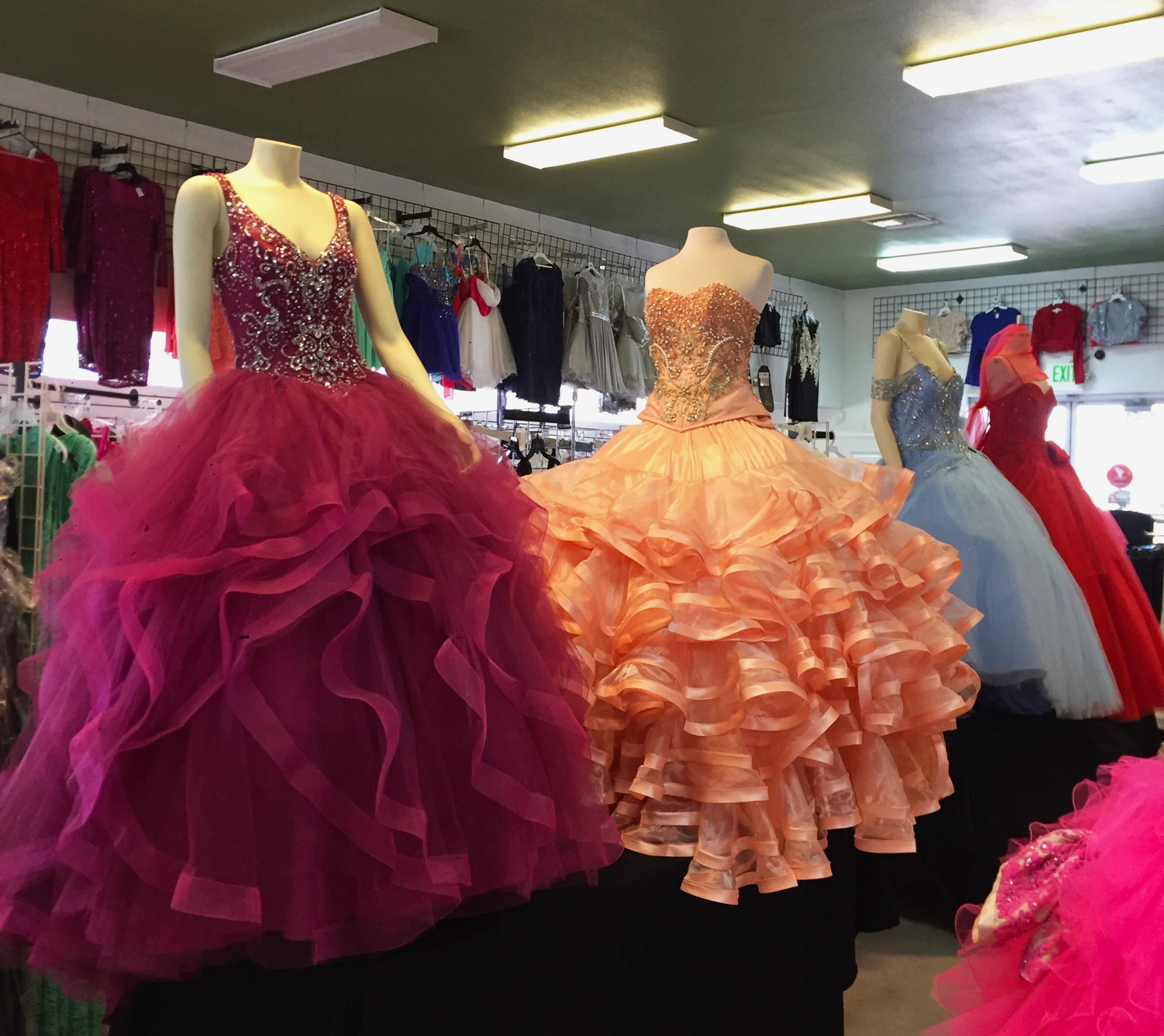 “Just the dress, the most expensive one, costs $1,500 to $2,000,” Gutierrez said. “We also sell dresses for quinceañeras in packages, and we rent tuxedos for her chambelanes, as well as decorations, tablecloths, tables, chairs–everything you need for the party.”

Juan Briones began his dancing career 13 years ago in Mexico City while studying to become an engineer. He moved to the United States in 2011 and started his choreography business “Stylos Dance” on Wells Avenue, one year later.

“The opening dance is the waltz and it introduces the quinceañera to her guests,” Briones said. “Then comes the main dance where she dances with her damas and chambelanes. Afterward is what we call  “the surprise dance” where the quinceañera chooses a mix of songs with different musical rhythms she likes, like bachata, merengue, hip-hop, rock ‘n’ roll, duranguence, quebradita and cumbia.”

His group practices three months before each event.

Briones said his busy season starts in March and ends in October, and he work roughly 60 quinceañeras per year. When he’s not busy with that, he’s busy updating his YouTube channel, Stylos Dance NV. His most popular video has close to 30,000 views, and Briones is just one of many local entrepreneurs invested in the industry.

It is so important because so many people live off of this industry: DJs, the cake maker, decorations, the people who sell dresses, rent the tuxedos, the ones who do photography and video, those of us who do the choreography, people who make invitations, musicians, bands. All of these services profit from the fiestas. Quinceañeras move the money around our community,” Briones said.

The Reno/Sparks Chamber of Commerce does not have any data on Latino businesses including those focused on quinceañeras, though the group wants to change that. In the meantime, Briones is convinced this industry has a significant impact on the local economy.