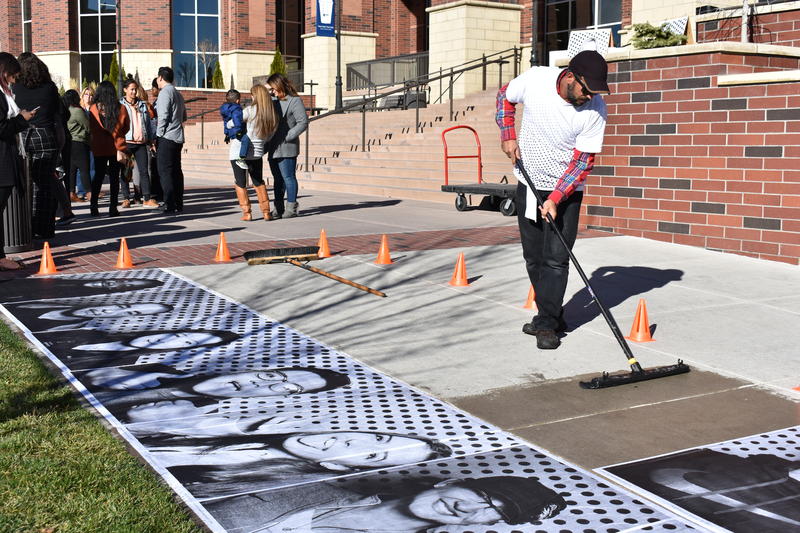 An artist with the Inside Out Dreamers Project pastes photos of UNR students on the sidewalk who had their photos taken to show solidarity with Dreamers. CREDIT: Natalie Van Hoozer

With continued uncertainty about the future of the Deferred Action of Childhood Arrivals program, known as DACA, a community art project recently stopped at the University of Nevada, Reno, to highlight the issue. 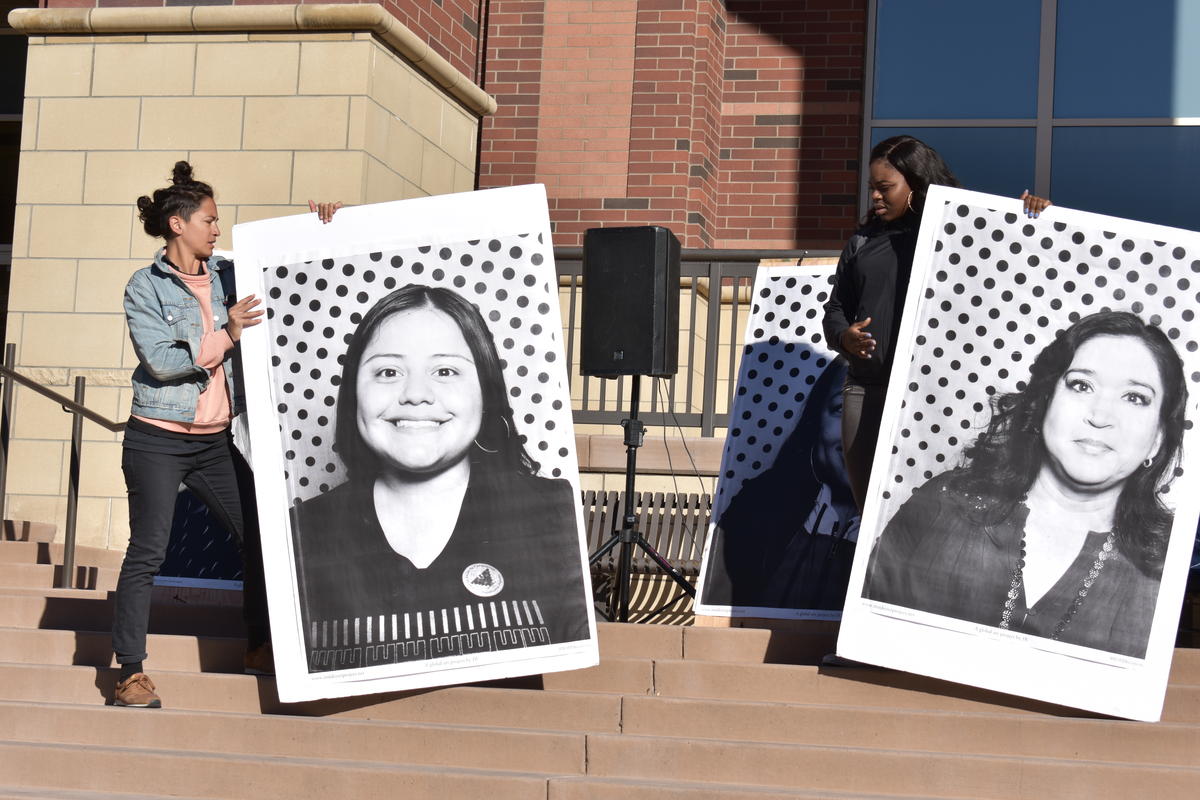 Paolo Ramos of the Inside Out Dreamers Project (left) and Precious Gbenjo, ASUN’s Director of Diversity and Inclusion (right) prepare for a press conference on the steps of the Knowledge Center. CREDIT: Natalie Van Hoozer

The Inside Out Dreamers Project aims to show solidarity with so-called Dreamers by letting community members take their pictures in a photo booth truck. The images are then pasted on the sidewalk for all to see.

The event, held earlier this month, included a press conference where local DACA recipients and community organizers discussed the DREAM Act, which would offer protection to undocumented young immigrants vulnerable to deportation. 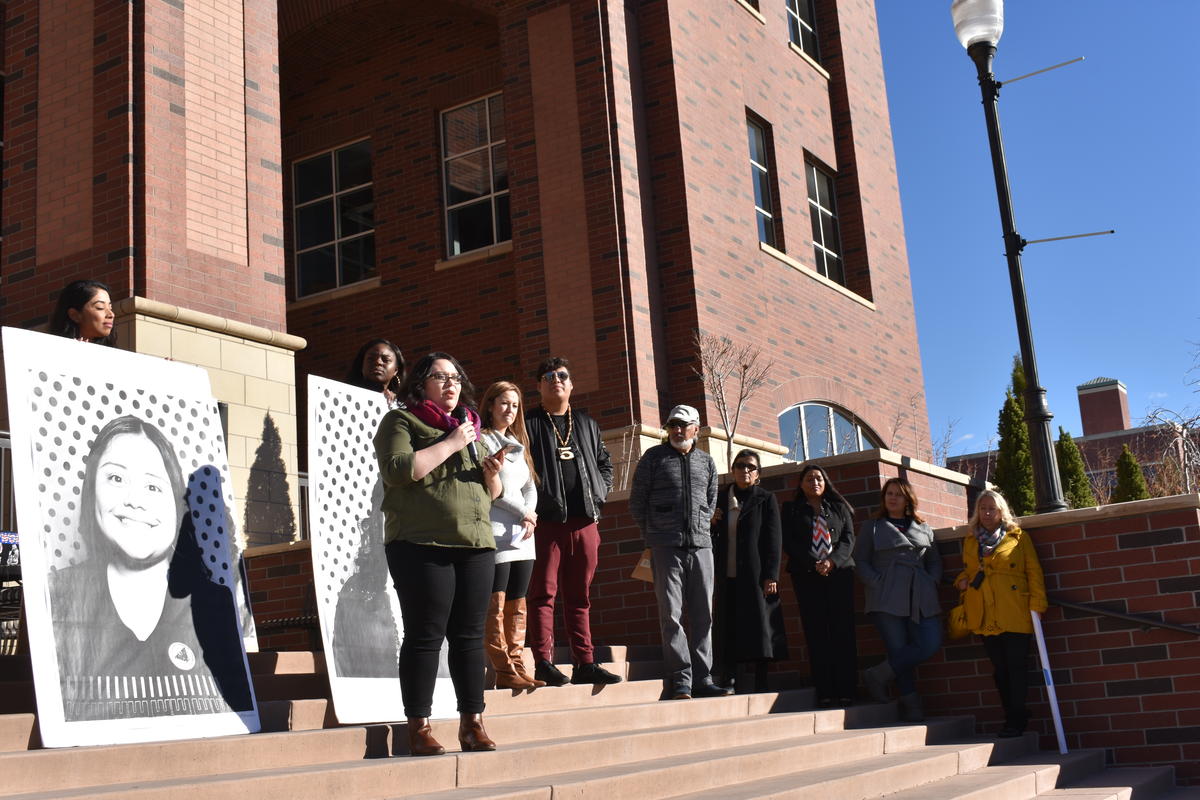 One of the project’s organizers is Paola Ramos.

The project will be moving on to other states including Utah, Arizona, and Texas, stopping in over 30 cities. 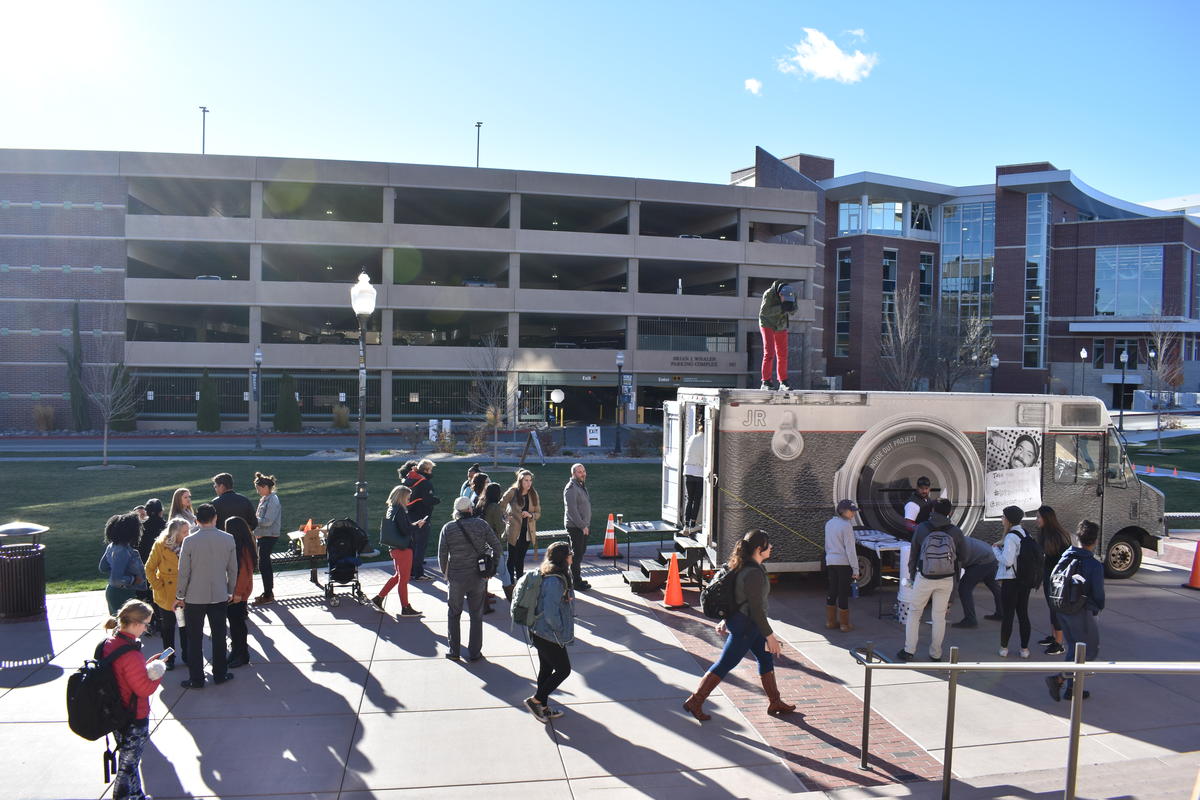 Congress has a limited window of time to determine the fate of the program, and a group of conservative attorneys general says DACA was an abuse of presidential power during the Obama administration.