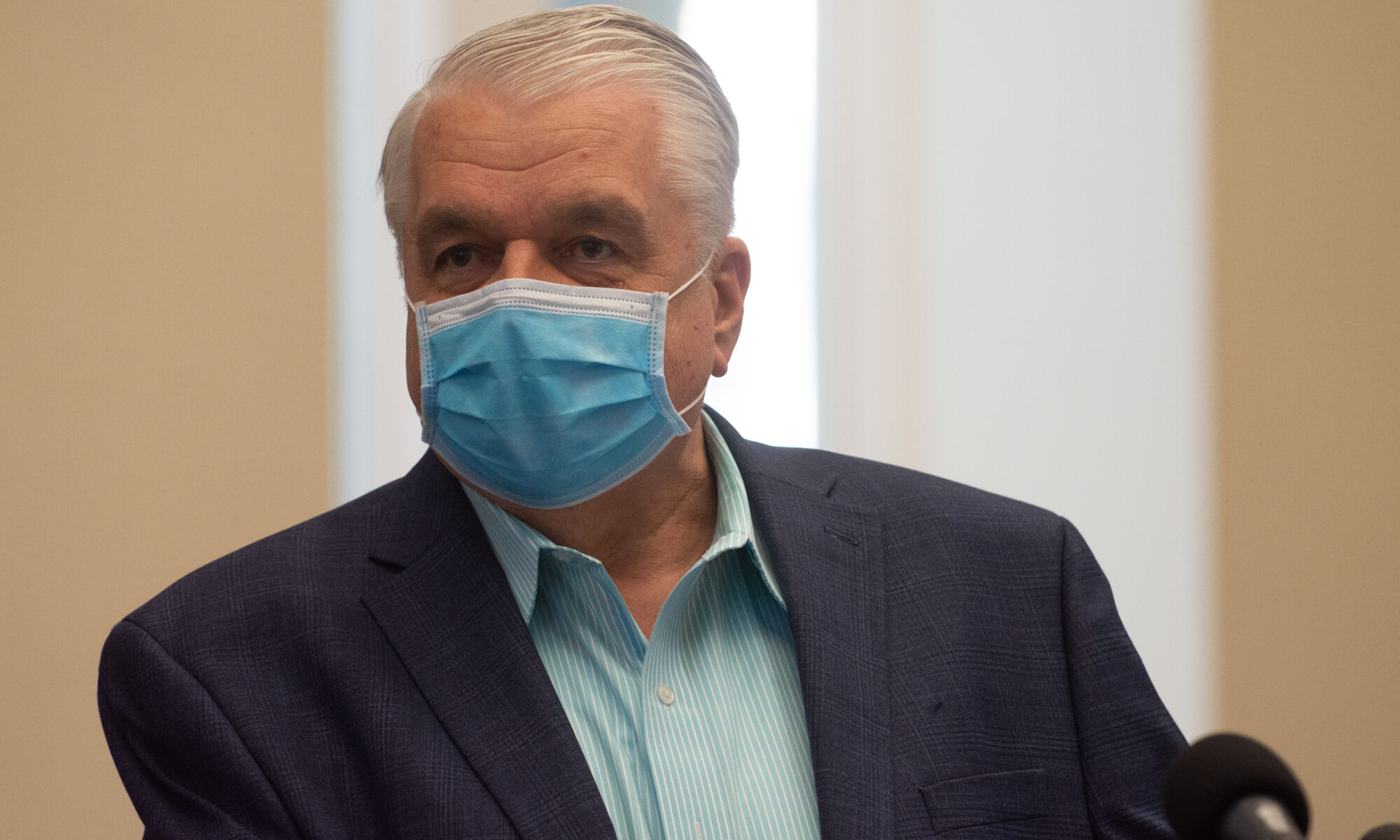 Gov. Steve Sisolak is asking Nevadans to voluntarily stay home for the next two weeks as COVID-19 cases spike statewide, warning that if the data doesn’t improve over that period he will be forced to take more drastic action.

Under what Sisolak is calling “Stay at Home 2.0,” Nevadans are being urged to not go out in public unless absolutely necessary, not gather with those outside their households, order groceries for delivery instead of going to the store and pick up food curbside instead of dining at their favorite restaurant. Employers are also being asked to have their employees telework as much as possible for the next two weeks and host meetings virtually instead of in conference rooms.

“For the next two weeks, we must mimic our stay-at-home behaviors from this past spring,” Sisolak said at a press conference Tuesday evening. “If we do so, we believe we can begin to turn around things in two weeks without having to place increased restrictions on our businesses or our schools.”

If the trends do not improve, Sisolak is threatening to once again put in place restrictions, though he declined on Tuesday to specify exactly what mitigation measures he is considering. In March, all nonessential businesses were forced to shut their doors for at least two months — even longer for bars, some of which weren’t allowed to open until September.

Continue reading the article at The Nevada Independent. This story was originally published on November 10 and coauthored by Riley Snyder and Megan Messerly.