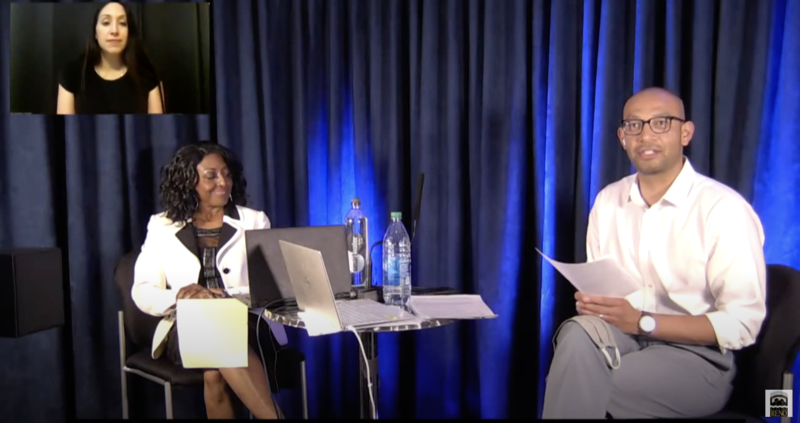 The City of Reno hosted a virtual town hall on Monday, June 22. The meeting included various officials who talked about policing in Northern Nevada. Screenshot City of Reno via YouTube

Top law enforcement officials in Washoe County spoke during a town hall on Monday, June 22, about some of the steps their agencies are looking at to improve community policing as the national discussion on law enforcement reform continues to unfold.

The discussion was centered on a 2018 study examining policing in Washoe County, including the relationship between the police and the public. The Guinn Center is the nonprofit, bipartisan organization that conducted the study in the wake of multiple instances of police brutality nationwide.

The study looked at the Reno Police Department, the Washoe County Sheriff’s Office, and Sparks Police. More than 40 recommendations were made, and while some have been addressed, others have not.

The most important areas for development across all three agencies that the researchers identified included: accountability, training, internal policy development, community input, and hiring and recruitment.

Internal investigations of officer-involved shootings were also brought up during the town hall. Washoe County Sheriff Darin Balaam said that his office is working on building trust during these investigations.

“We’re working on shrinking that timeline, where within the first few weeks after the shooting, that shooting agency involved will come out, provide a brief and show a body cam, if there was [a] body cam there, so that we start building that trust with the community,” said Balaam.

One rallying cry behind recent protests is to defund the police. The idea is to reduce public spending on law enforcement and instead spend those funds on the community, such as on social services or mental health programs.

Reno Police Chief Jason Soto said reducing police funding isn’t the solution, but he said that social services have been underfunded, which has put a strain on law enforcement.

“We’ve been underfunded on those types of things, like mental health and [the] homeless, now for as long as I’ve been with the department,” said Soto, “but really it has shown in the last ten years, the last decade. It used to be that I would respond to somebody with a mental health crisis maybe once a month. Now it’s every single day.”

The town hall on Facebook has thousands of views and hundreds of comments. Many commenters expressed frustration over what they said is a lack of concrete reform measures, as well as the amount of time it has taken to release body camera footage. Their concerns were specifically related to an 18-year-old Black man named Miciah Lee, who was shot and killed by Sparks Police in January. Officers said Lee was suicidal and reached for a weapon before they shot him.

At the end of the discussion, the moderators emphasized that more public discourse on these issues at the local level is needed.

This article is part of our collaboration with KUNR Public Radio. The original version was published on June 29 and written by their student reporter Jayden Perez.