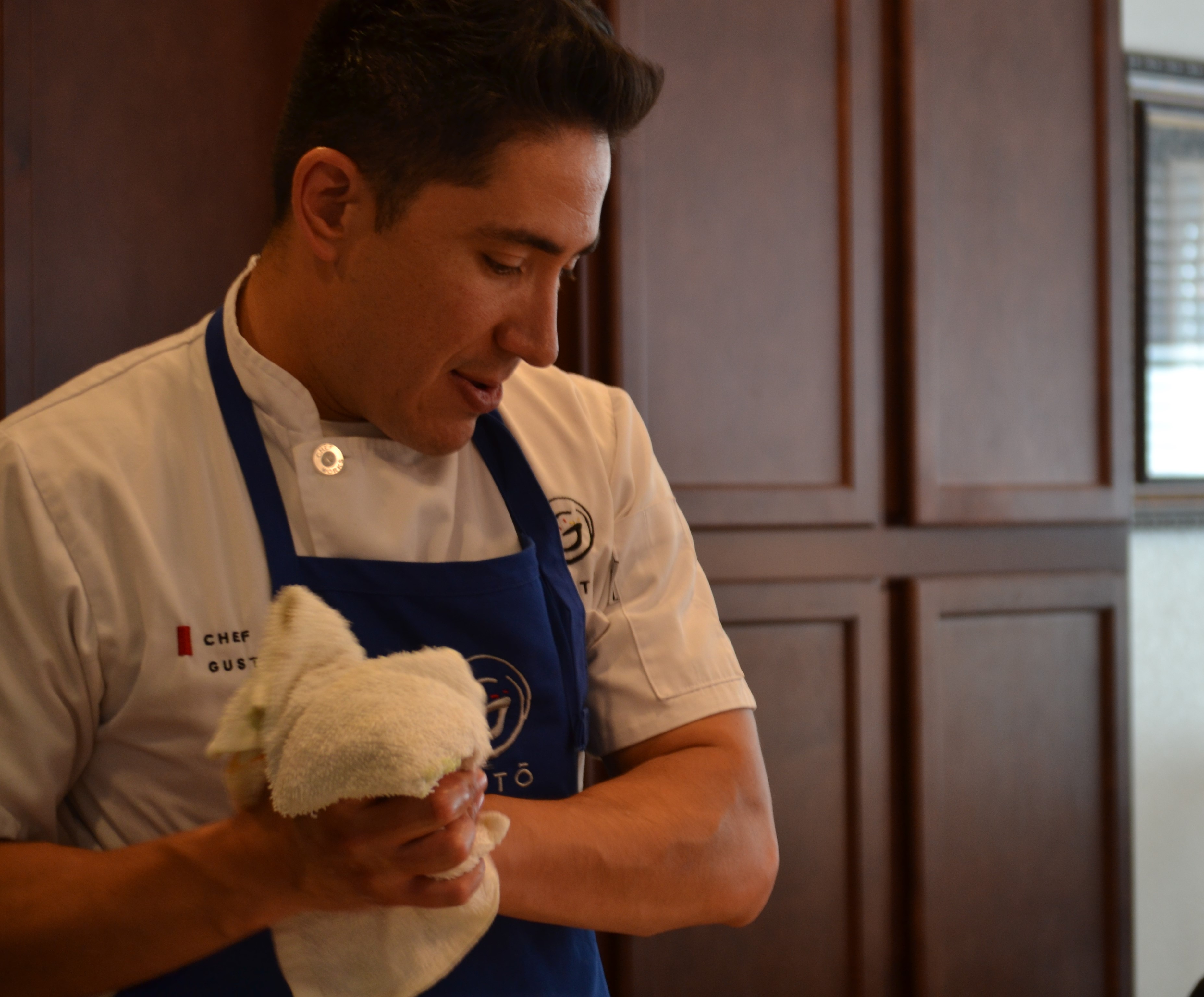 This story was originally published on KUNR Reno Public Radio.

Inside a client’s home kitchen, Gustavo Velasco Jara chops vegetables into small, square pieces and cooks them on a sizzling pan. He’s preparing for a birthday party dinner, making shrimp and tofu lettuce wraps while the Asian style pork ribs cook on the grill outside. Velasco Jara smiles as he works.

“I feel like my calling was to sell art through food, through flavors, through textures and colors,” said Velasco Jara. “So once I found that, I think my life just made so much more sense and I was a lot more happier.” 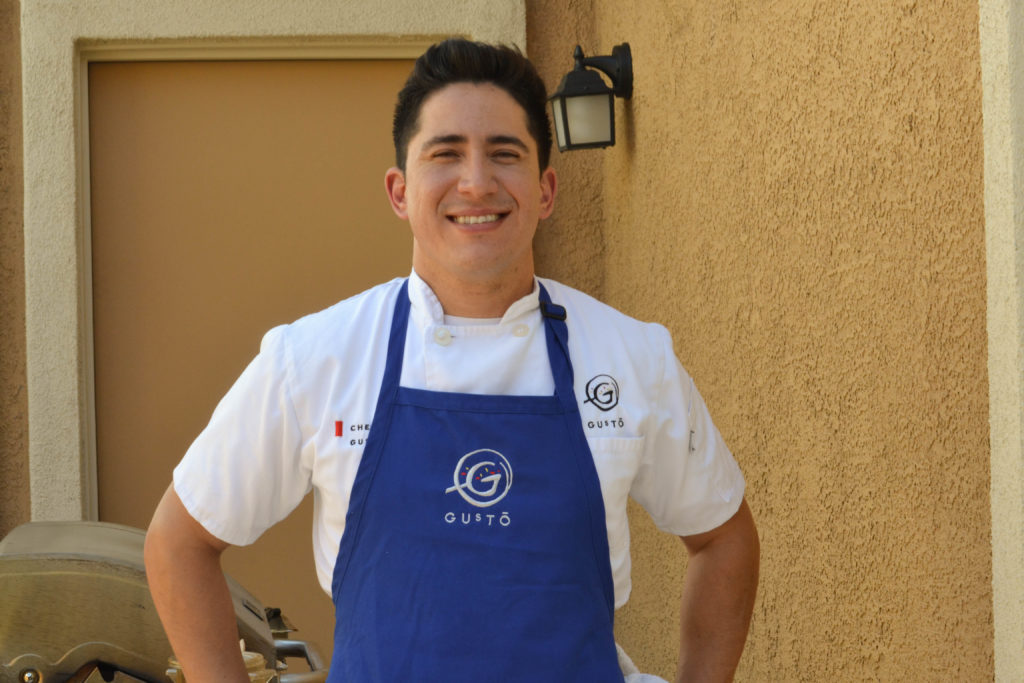 Gustavo Velasco Jara, 33, opened his business Gustō Catering & Meals over a year ago.

About a year and a half a go, Velasco Jara opened his business, Gustō Catering & Meals, a company he operates on his own.

33-year-old Velasco Jara is among the eight percent of DACA recipients over the age of 25 who are entrepreneurs and employers, according to a February report by the Democratic members of the House Committee on Small Business. 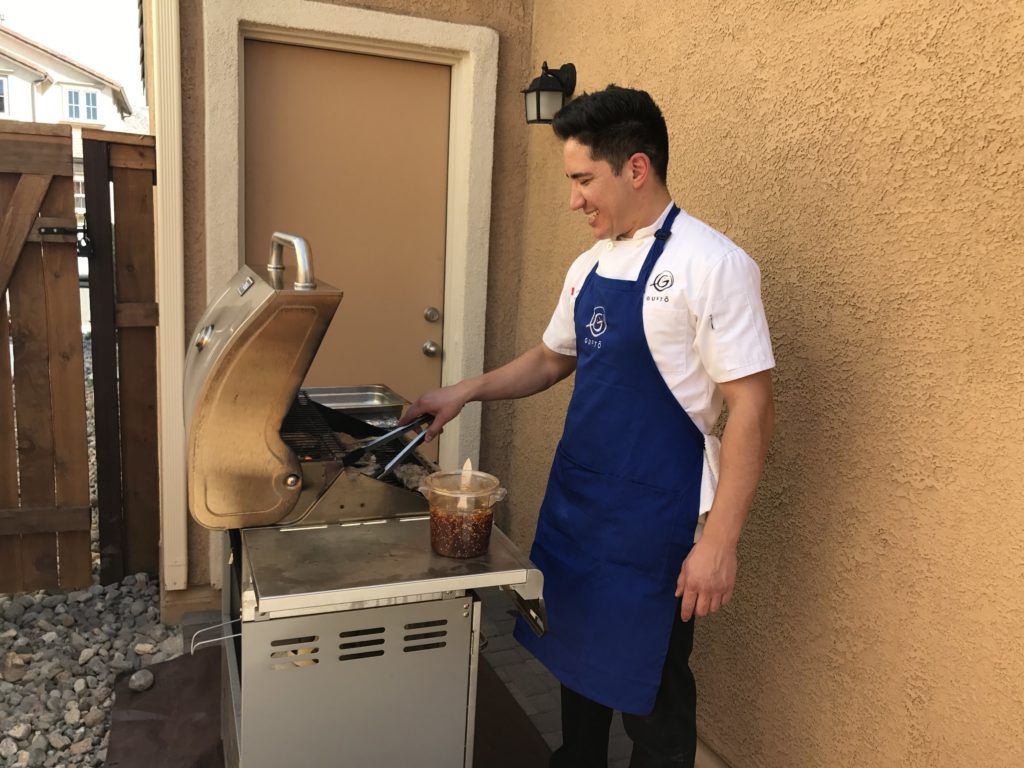 Velasco Jara was born in Tepic, Nayarit, México and as a kid would travel to California with a passport and visa to visit family and go to Disneyland. He moved to the United States with his mom when he was 14.

“For me, this is a different story than the ones that when they say the parents brought the kids — I think I brought my mom,” said Velasco Jara. “I was supposed to come [to America] the second time and it was only for six months to learn English, and here I am 19 years later.”

Carlos Flores is a DACA recipient who also moved to Reno when he was 14 years old from Cuernavaca, Morelos, México.

(“I’ve always been more attracted to the idea of being outside, working around nature, having more freedom, and talking to customers. And I felt more free,” Flores said.)

Flores, now 27, opened his own property maintenance business last year. He has four employees and more than 100 customers in the Caughlin Ranch area. 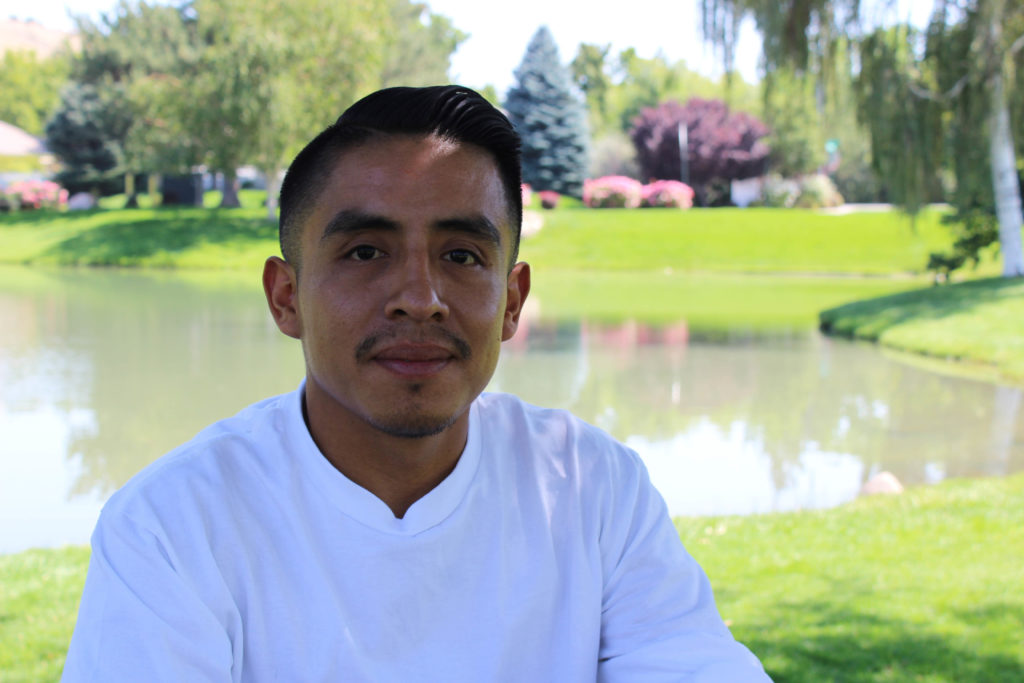 Carlos Flores, 27, owns a landscaping business with more than 100 customers in the Caughlin Ranch area.

(“I was a little worried after they announced that DACA was going to end because it could mean that I would maybe have to stop my business or something like that,” said Flores. “I don’t know what the president is going to do, but as long as they don’t say or do anything, well I am going to continue my business as it is right now, open. And as long as they don’t stop me, I’m going to continue it.”)

For undocumented individuals like Flores and Velasco Jara, they said DACA has given them the chance to build a life.

(“More than a DACA status that helped me work, it was more like a status of freedom because at my job it helped me get more involved with business and I no longer had that fear that something would happen,” said Flores)

Velasco Jara also said the program has changed for the better.

“I guess it gave me the chance to forget about — to stop worrying about my status and focus on my life. That’s what it really did. It took stress off and then I could focus on me growing,” said Gustavo.

According to a February NPR poll, 65 percent of Americans support giving DACA recipients legal status- including 81 percent of Democrats, 51 percent of Republicans, and 66 percent of independents.

State Assemblyman Edgar Flores of Las Vegas explained a common misconception is that DACA provides a path to citizenship, when he said it’s basically just a work permit.

“They’re abiding by all the rules that are put in front of them, and yet they live in the constant instability of what’s gonna happen tomorrow,” said Assemblyman Flores. 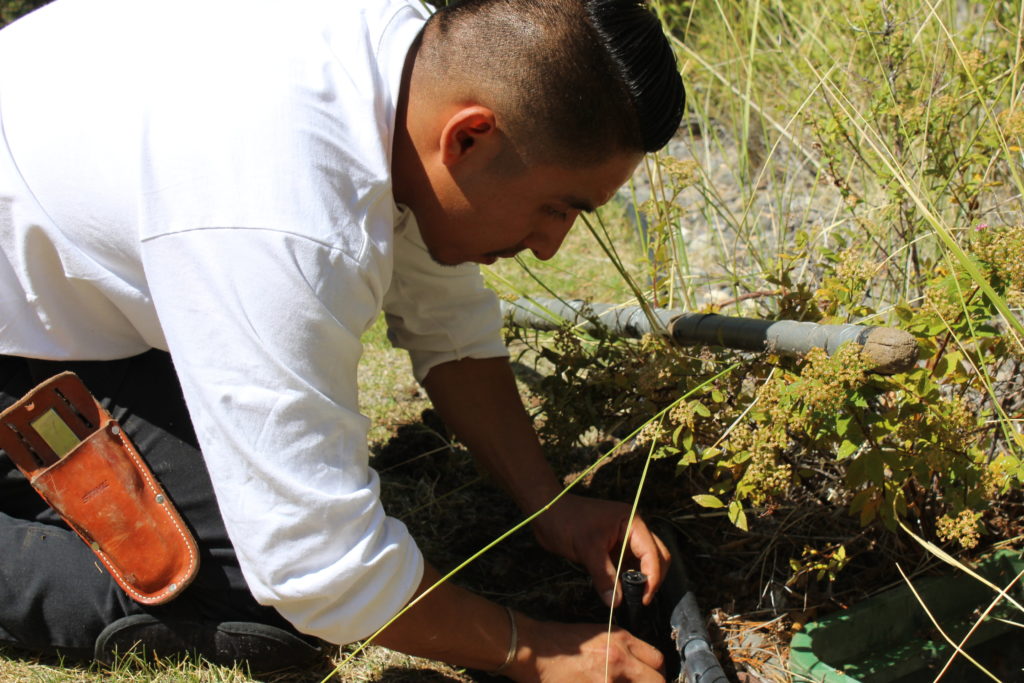 Flores fixes a sprinkler at a customer’s home.

Assemblyman Edgar Flores said that DACA recipients should always be prepared for the possibility of being deported and recommends setting up a power of attorney. It’s something Carlos Flores said he’s thought about.

For Velasco Jara, there’s nothing he can do but to wait knowing the program can end at any time.

I’ve learned to cope with uncertainty,” said Gustavo. “I learned to, they say ‘aguantar.’ ‘Te aguantas’ — you just put up with it. If DACA ends tomorrow, wherever you send me, I know I’ll thrive and I know those DACA recipients will thrive.”

In the meantime, the roughly 700,000 DACA recipients will have to continue living in the two-year increments their status provides until a decision is made. Flores renewed his paperwork last November, while Velasco Jara did his for the fourth time last month.