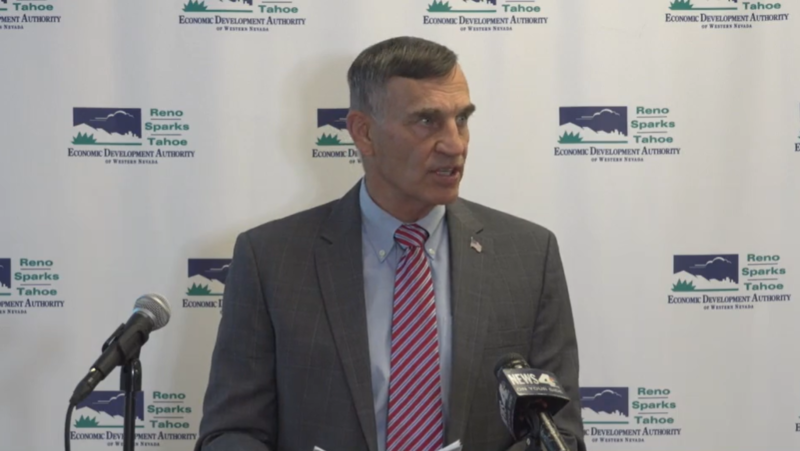 President and CEO of EDAWN Mike Kazmierski announced the arrival of three new companies to Northern Nevada with representatives of those companies and EDAWN staff in Reno, Nev. on Wednesday, June 10. Screenshot EDAWN/Facebook Live

Three new companies are coming to Northern Nevada and will eventually hire for more than 300 jobs.

Mike Kazmierski, President and CEO of the Economic Development Authority of Western Nevada, or EDAWN, made the announcement.

“Diversification efforts of our community over the last ten years have really paid dividends during this crisis,” Kazmierski said during a Facebook Live stream. “Our unemployment rate is dramatically less than the south[ern] part of the state and we certainly expect, when you look at manufacturing and technology, most of those people are still working. And a lot of those companies did not exist in the north five or ten years ago.”

“The good news is things are starting to pick up and some of the people are going back to work,” said Kazmierski. “But most economists will tell you a lot of those jobs are not coming back. Things have changed, the world is different. And with the change, what’s happening now, it’s more important than ever to bring in great new companies that people have an opportunity to apply for, become a part of, and help support.”

Kazmierski said that in the next few months EDAWN is going to announce more than a dozen businesses that are coming to Reno.

This story was reported by Jayden Perez, an intern for KUNR Public Radio, and originally published on June 11. This content is part of the station’s partnership with Noticiero Móvil.