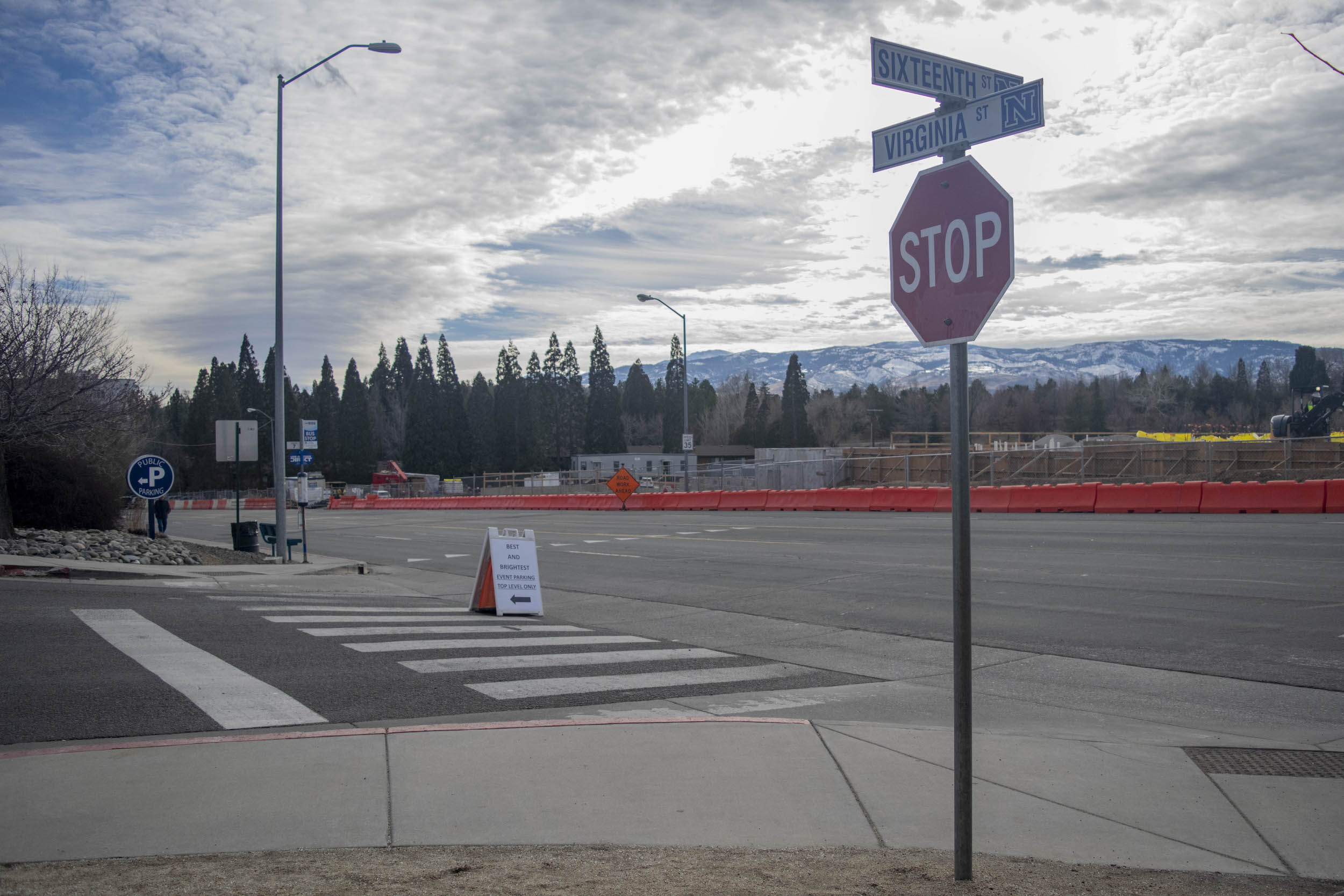 A pedestrian was struck by a suspected drunk driver at the corner of N. Virginia and 16th Street near the University of Nevada, Reno campus on Friday, Jan. 24. Photo credit: Sierra Batrin/Noticiero Móvil

Reno Police charged 21-year-old Brian Tschirhart with driving under the influence (DUI) after he reportedly struck one of three pedestrians crossing N. Virginia Street near 16th Street at approximately 2:30 a.m. on Friday, Jan. 24.

The RGJ stated that Tschirhart didn’t immediately realize that he struck someone, but cooperated with police after pulling over. The pedestrian, another 21-year-old male, reportedly suffered minor injuries. He and the other two pedestrians were also allegedly intoxicated during the incident.

Reports from multiple news sources indicate police cited all three pedestrians for violating NRS 484B.297. This statute prohibits pedestrians from crossing the street in unsafe manners and being on the roadway while intoxicated.

We have reached out to UNR officials to verify whether the driver is an enrolled student. We will update this story once we receive a response.