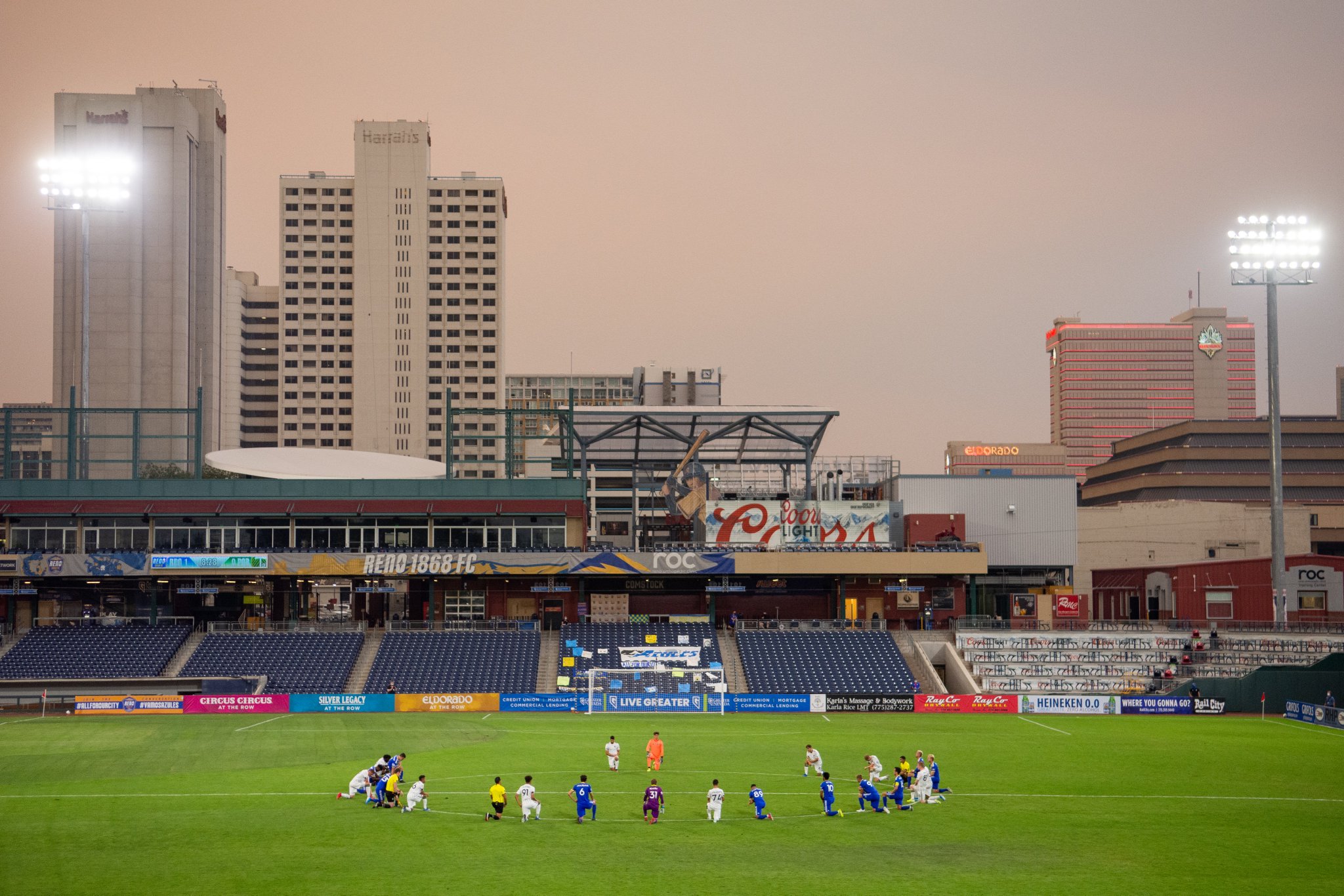 Reno 1868 FC sprouted its franchise in 2017 at the Greater Nevada Field and went on to play four seasons. The team’s president, Eric Edelstein, called this moment a “COVID-19 casualty.”

“Like everything, COVID just devastated the business, the industry, the near-term future,” Edelstein said. “There were going to be some long-term headwinds in the industry with the sport growing as fast as it was, but the near-term financial was pretty dire.”

Earlier this year, the club was immediately impacted by the pandemic with many staff furloughs. Edelstein says a majority of the staff will continue to work with the Reno Aces. The franchise was only the third professional soccer team in the USL committed to transforming a baseball stadium into a playable soccer field. Its affiliation with the San Jose Earthquakes was also unique, given it was only the second of its kind.

More importantly, the team was a staple for Latino community members in Northern Nevada.

“I would also say another really cool memory was that first Mexican Friendly [game] when we had Atlas come here. To have one of the biggest clubs in Mexico come to Reno and play against our team, and see a packed house of fans, and to see that level of soccer and understand that by having Reno 1868, we could attract that type of team to come play us. That was special, very unique, very different than anything that can happen in the baseball world,” Edelstein said.

Moving forward, Edelstein says while the decision wasn’t a pleasant one, they are optimistic about the future.

Edelstein says they will be thinking of other ways to bring live entertainment back into the area, understanding that outdoor arenas, like the Greater Nevada Field, might be highly sought out in the future given the current health crisis and its appeal for outdoor gatherings.