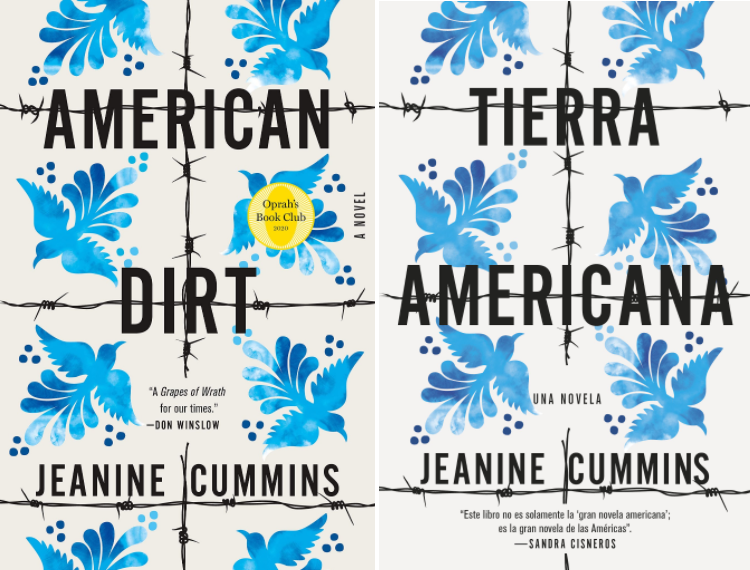 Published on Jan. 21st, the novel "American Dirt" by Jeanine Cummins has drawn critique for its portrayal of the immigrant experience. Images courtesy of Flatiron Books and Penguin Random House

Harsh criticism from the Latinx community has befallen the recently published novel “American Dirt” for its controversial portrayal of the immigrant experience.

Los Angeles Times writer Esmeralda Bermudez called author Jeanine Cummins’ fourth book a “cheap-thrill narconovela.” It follow the story of a middle-class mother with “a small fortune,” who leaves Mexico because her journalist husband was investigating the druglord she flirted with.

Bermudez explains that “American Dirt” was not written for Latinos or immigrants, that is, people like her.

“It was written for everyone else — to enchant them, take them on a wild border-crossing ride, make them feel all fuzzy inside about the immigrant plight” said Bermudez in her Friday, Jan. 24 commentary. She blames the publishing industry because it “favors [Cummins’] stories over ones written by actual immigrants and Latinos.”

Born in Spain to an American father and raised in Maryland, Cummins stands by the her book.

She told National Public Radio on Friday that she labored for five year on it with the goal to be “incredibly culturally sensitive.”