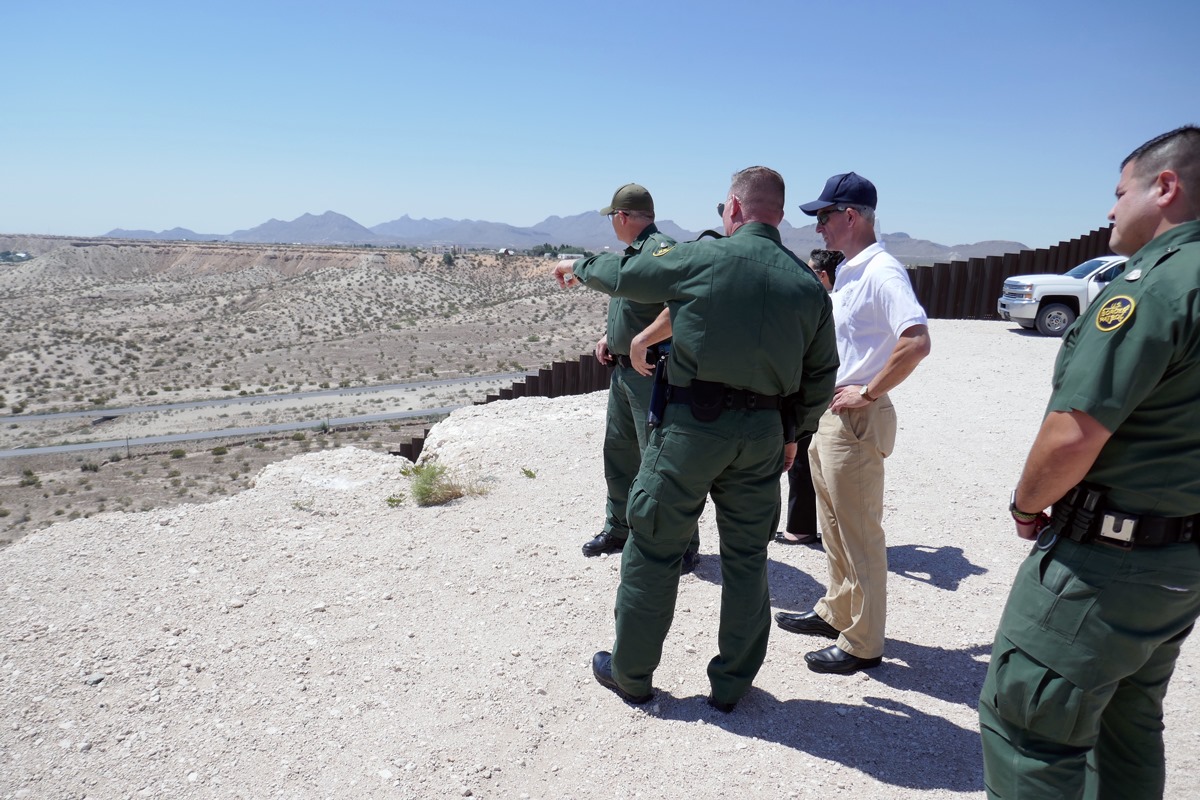 Border Patrol agents stand alongside one of the portions of the wall between the U.S. and México. Photo: USCIS/Facebook

When it comes to immigration, Americans have a lot of misconceptions about immigrants.  That’s one of the findings from a new national survey released Thursday from Public Agenda, USA Today and Ipsos Hidden Common Ground.

At first glance, there doesn’t seem to be anything Earth-shattering about this latest poll. A majority of Americans support stronger border security.  But they also want a path to citizenship for people brought to the U.S. illegally as children. That’s in line with another recent survey from NPR and Ipsos.

Still it’s the border wall that seems to spark the most disagreement.

President Trump has been pushing for a wall between the U.S. and Mexico border since he was a candidate. In this latest poll, 31% of all Americans say that the border wall is an important symbol, regardless of how many people it stops from crossing the border illegally.

Richard Anson believes that. He’s a registered Democrat living in San Diego, after spending 35 years in Colorado. He said the wall doesn’t have to be intimidating.

“In some cities around California, they paint things, ugly things and make them look prettier,” the survey participant said. “I would do that with our fence or our wall or whatever, so the symbolism isn’t quite so in your face aggressive.

Read the entire article at KUNR, public radio. This story was originally published on Friday, Aug. 14 and written by Noah Glick.