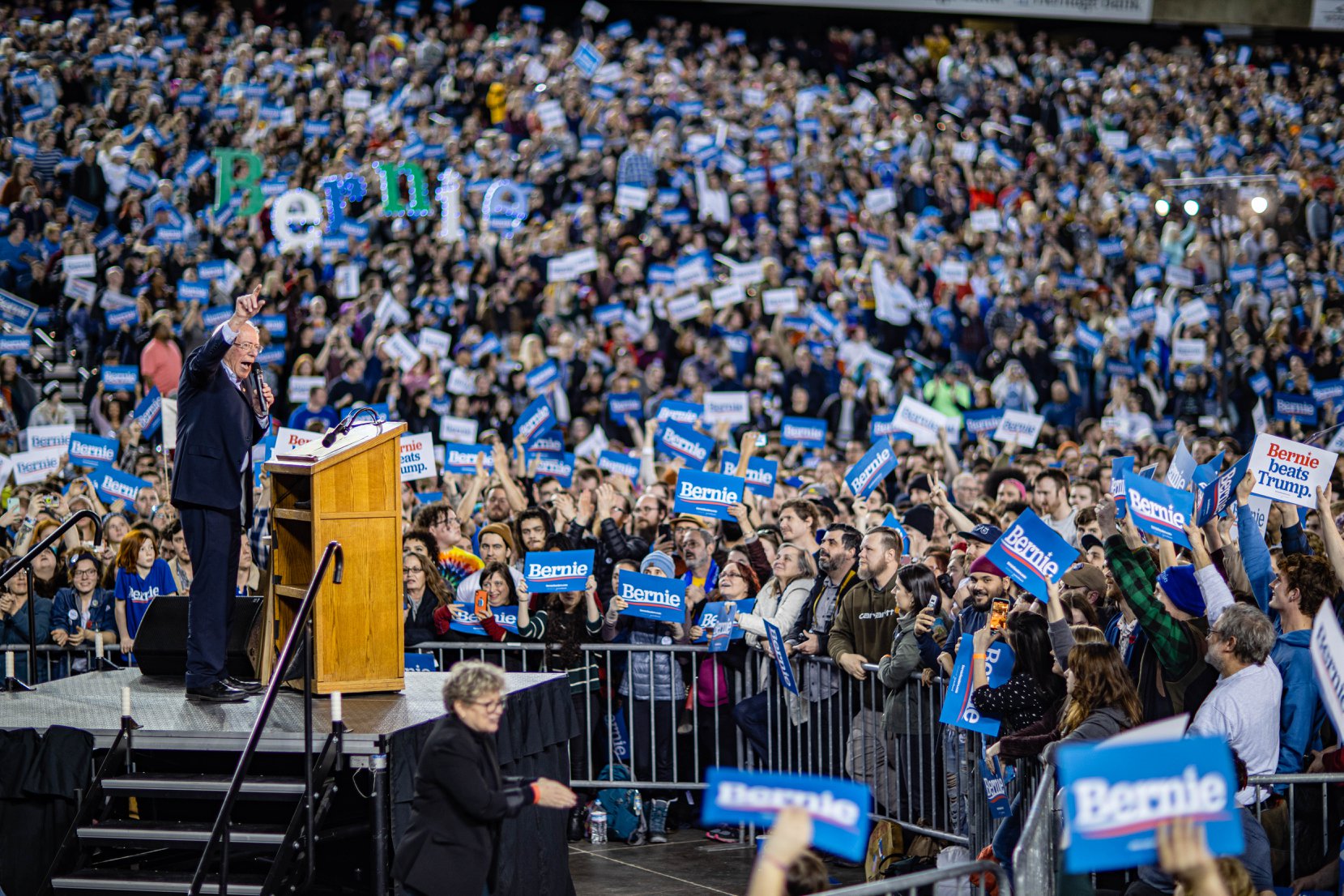 Nevada’s Democratic voters, especially Latinos, overwhelmingly supported Vermont Senator Bernie Sanders during the state’s caucus on Saturday, Feb. 22 and now the candidate is riding the victory into the next primary states.

Around 54 percent of Latinos supported Sanders in the Nevada Caucus an NBC News entrance poll showed. In his victory speech, which he gave from San Antonio, Texas, the senator thanked in particular, the Latino organization Make the Road and other similar grassroots groups.

“Our multiracial, multigenerational movement is not only going to win in Nevada. It is going to sweep this country,” he said in his speech.

Unsatisfied with his third place finish in the caucus (14.3 percent) is former South Bend Mayor Pete Buttigieg. According to news reports, on Saturday his campaign sent a letter state Democratic Party that alleges that numerous errors in the early voting count. Approximately 75,000 Nevadans voted in the early caucus during a weekend long process from Saturday, Feb. 15 through Tuesday, Feb. 18.

Between the early caucusing and ahead of the caucus on Saturday, the six Democratic presidential candidates had taken the debate stage Wednesday night.

That night the candidates failed to make clear points about what they would do for Latinos, touching only briefly on entrepreneurship and immigration. In fact, one of the longest discussions targeted Klobuchar’s inability to remember the name of the president of Mexico during an interview with Telemundo the prior week (it’s Andrés Manuel López Obrador). Some Latinos still think that Democrats in general are ignoring a deeper conversation about the issues affecting the Latinx community.

Though he didn’t register for the Nevada Caucus, former New York City Mayor Michael Bloomberg did debate for the first time in Las Vegas. His performance probably didn’t go as he expected as he was quickly attacked by the other running candidates. Bloomberg is now preparing to battle in the Super Tuesday (March 3, 2020) states of Alabama, Arkansas, California, Colorado, Maine, Massachusetts, Minnesota, North Carolina, Oklahoma, Tennessee, Texas, Utah, Vermont, and Virginia.

Congresswoman Tulsi Gabbard and billionaire Tom Steyer, both still in the Democratic presidential race, did not qualify for the Nevada debate last week.

South Carolina will host the next primary on Saturday, Feb. 29.