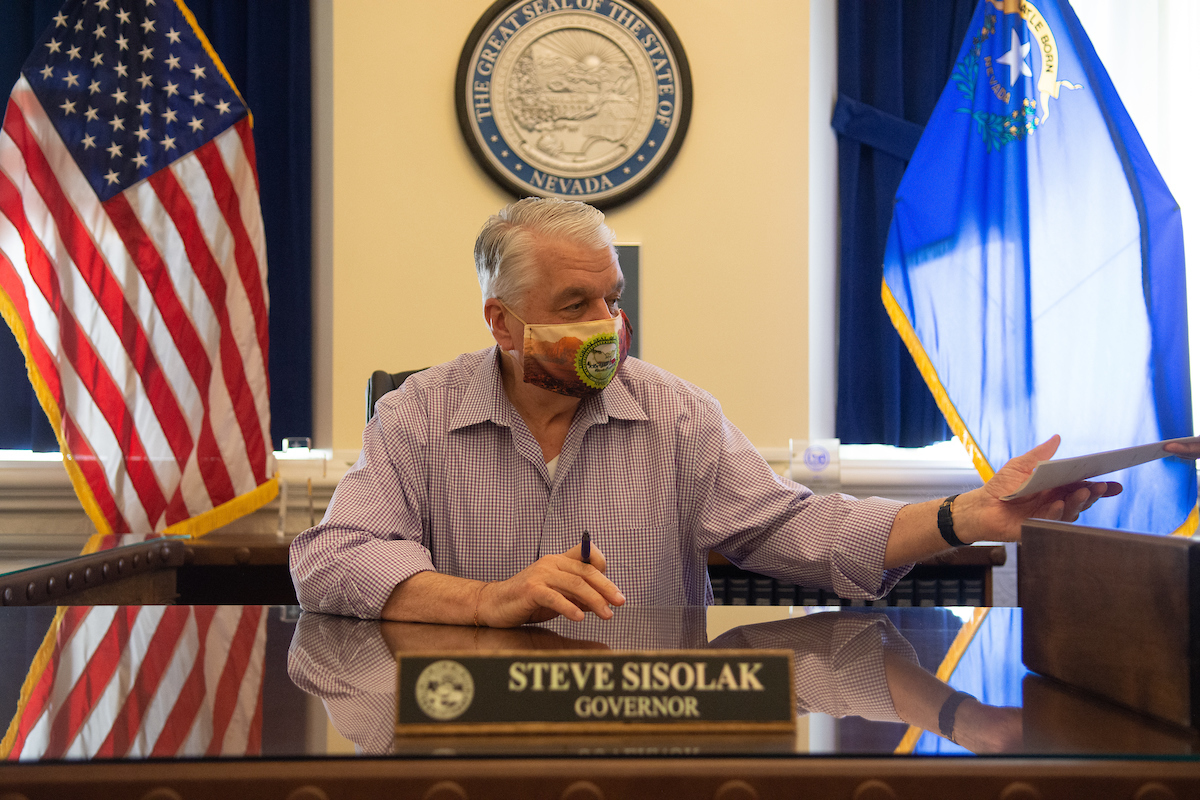 Governor Steve Sisolak signs Assembly Bill 1 into law on Sunday, Aug. 2, 2020 inside his office in the Capital on the third day of the 32nd Special Session of the Legislature in Carson City. David Calvert/Nevada Independent

Gov. Steve Sisolak will extend Nevada’s soon-to-expire eviction moratorium until mid-October, while trying to fast-track the launch of a renter mediation program and adding $10 million for residential tenant assistance payments.

Just hours before residential evictions on the basis of non-payment of rent were allowed to legally resume on Sept. 1, the Democratic governor’s office announced at a press conference in Las Vegas on Monday that the freeze on evictions will continue for another 45 days. He said his staff had been working up until Monday morning trying to figure out a way forward without an extension.

“At a time when it’s 108 degrees out, and people are struggling to get by, and we don’t have the federal resolution to unemployment that’s been promised coming forward,” he said, “I just felt compelled that it was in the best interest of folks living in Nevada that we extend it for 45 days and try to get everybody to work together.”

The decision drew criticism from Nevada Realtors, who said they sympathized with tenants facing eviction but that the extension gives small-time landlords little recourse and was announced with less than a day’s notice.

This portion of the article is shared as part of our collaboration with The Nevada Independent. This story was originally published on Tuesday, Sept. 1 and written by Michelle Rindels and Jackie Valley.