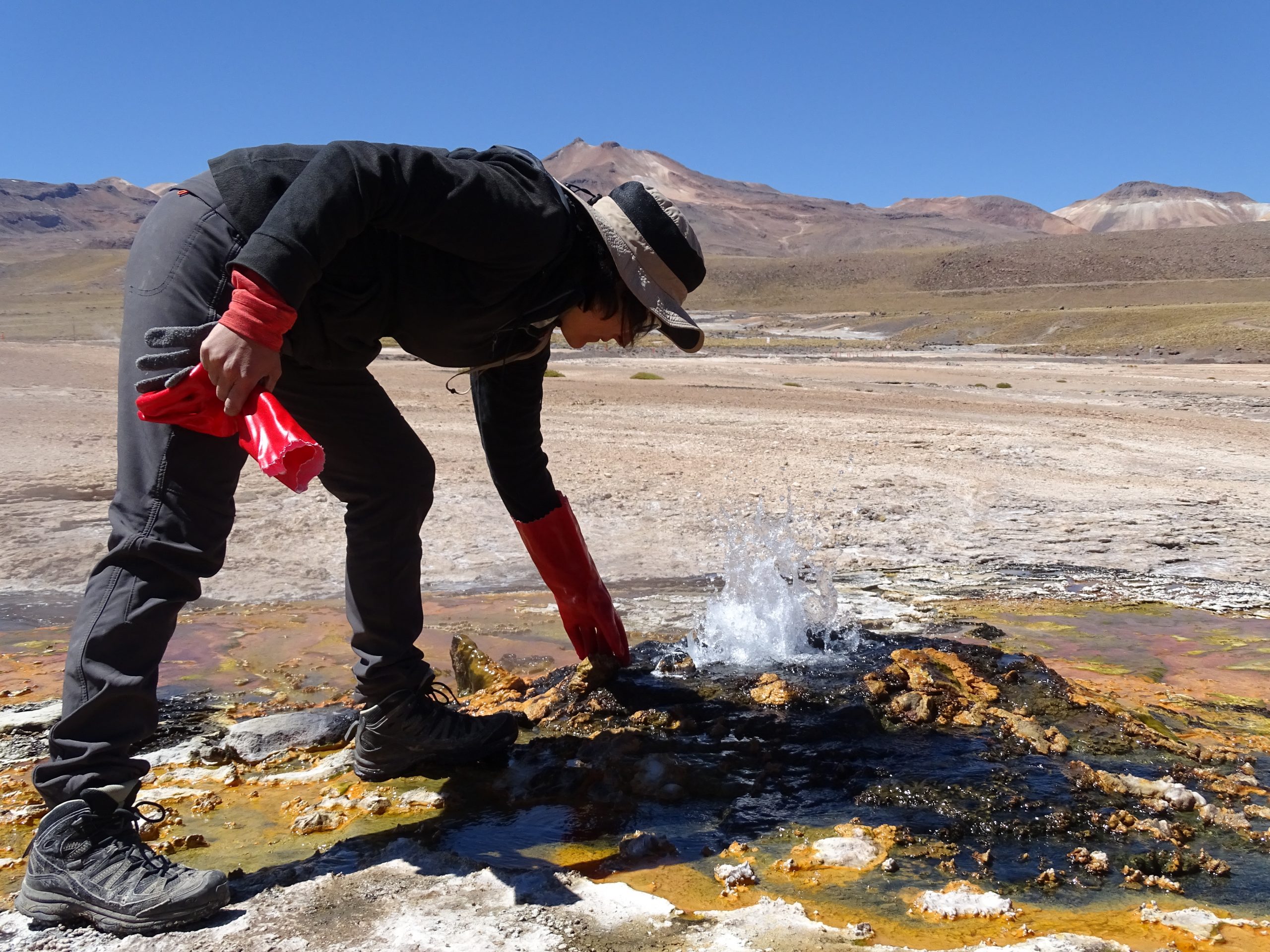 “When I was little, I used to visit southern Chile with my family, and at night I could hear a volcano crackle and see the top of it on fire. All of that seemed amazing to me,” said Carolina Muñoz-Saez when she explained how she found love for the earth at a very young age.

Carolina is a woman with plenty of experience. She has a relaxed tone when speaking and transmits confidence instantly. She was born in Chile, a country known for having the record of the biggest earthquake in the world, but ironically, doesn’t value the importance of geology. “During my childhood and teenage years, I didn’t have any single class that would teach me earth sciences.” That is also part of what motivated her interest in geology.

“There was also an earthquake in Santiago, like in 1985, and I remember people running and the ground shaking. I was always interested in knowing how these natural events were produced,” she continued.

On a cold but sunny morning, Muñoz-Saez came out of her office at the Department of Geological Sciences at the University of Nevada, Reno, to give the interview. The Chilean scientist seems a modest person, but on her resume, you can find postdoctoral experience at Columbia University and a Ph.D. at the University of California, Berkeley. “I couldn’t have come this far if I didn’t persevere and look for opportunities,” she said as she gazed at Manzanita Lake, located just minutes from her office.

Her expertise is hydrothermal systems, which occur when water is deep enough to be heated by warm rocks. She said these systems are important because they help to understand the dynamics of the earth, are deposits of important minerals, such as gold or copper, and are a source of energy and heating.

Hydrothermal systems also include a zone where the hot waters flow upward to the land surface, driven by pressure or density, giving rise to a spring or geyser. Fewer than 1000 geysers have been reported on Earth and most of them are concentrated in three geyser fields: Yellowstone National Park (Wyoming, United States), Geyser Valley (Kamchatka, Russia), and El Tatio (Atacama, Chile).

Muñoz-Saez has been working for several years in a geyser field in the Chilean Altiplano called El Tatio, the largest hydrothermal field in South America, specifically investigating silica sinter deposits. She also has been researching microbes that are present in hot springs and geysers, and that live in chemical conditions similar to those on Mars and other planets. “These bacteria are so ancient that it is believed they could be used to study the origin of life on planet earth,” she explained.

“Nevada is interesting because it has plenty of geothermal and hydrothermal activity, it is also close to earthquake zones in California, like the San Andreas Fault,” she said, although most of her expedition trips have been primarily to Chile, Yellowstone, and Iceland.

For the researcher, being a woman in the world of science is difficult, but in the United States, she faced another challenge; being a racial minority. “When I was studying at Berkeley, Latinos were very few and I noticed that they took more time to do their homework compared to white students, mostly because of the language. You would see students who in their countries were the best and here they struggled to complete an assignment.”

For the future, Muñoz-Saez hopes to continue to feed her curiosity about the earth’s natural events, as well as inspire others to pursue the path of science, regardless of the obstacles that may lie ahead.

“Some people don’t understand why I spend hours studying something like these bacteria, but I’ve always been curious and I believe that the earth can answer many questions if we just pay attention to what it tells us,” she said.