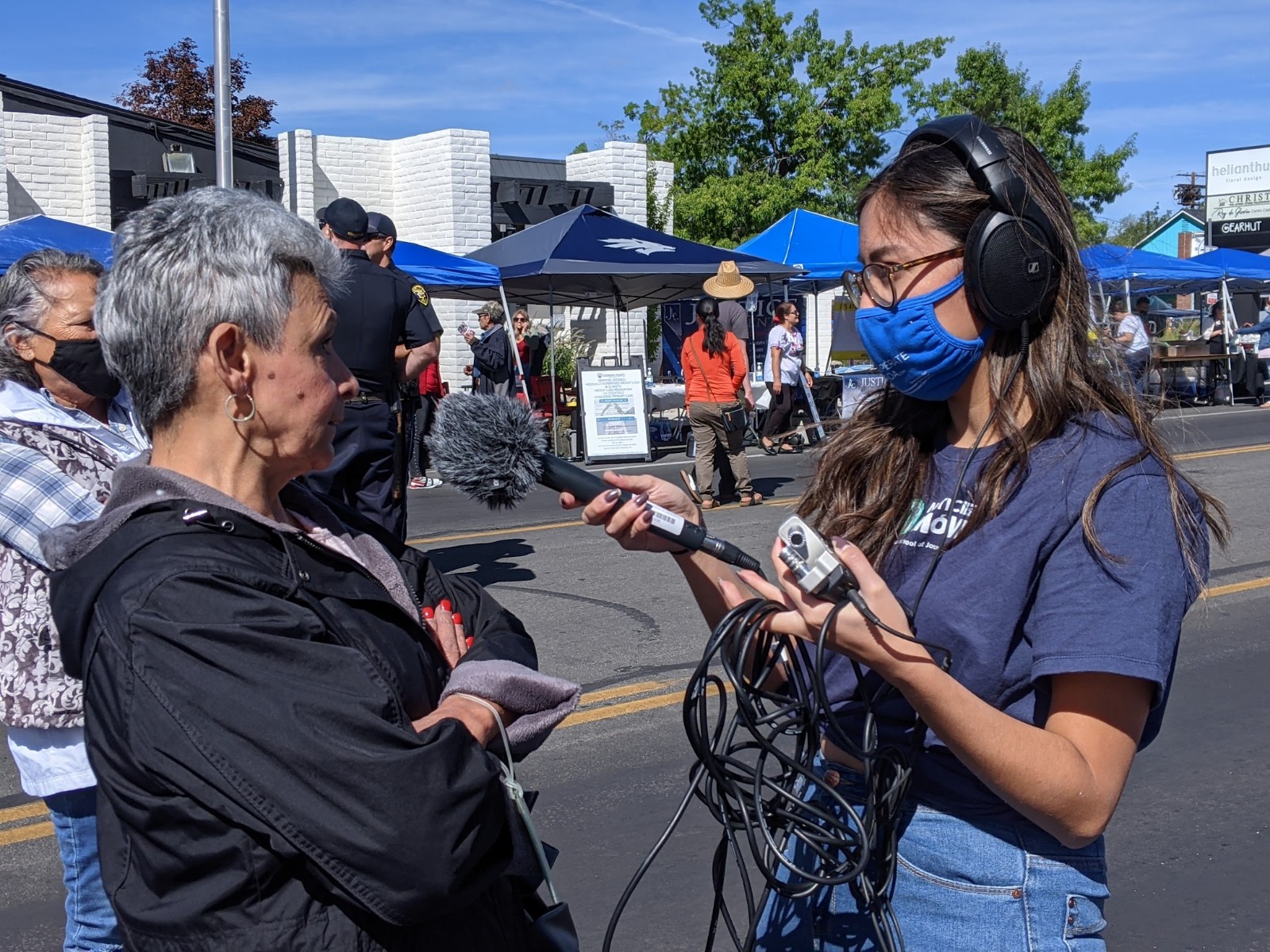 As you may have heard, National Hispanic Heritage Month recently wrapped up. It’s a time to celebrate Latino, Hispanic and Latinx contributions to the United States. Maybe all of those words sound the same, but have you ever wondered the differences between these terms? KUNR Contributor María Palma with Noticiero Móvil spoke with several community members and academics to explore the correct usage of these words.

MONTAGE OF VOICES EXPLAINING THE TERMS THEY USE TO SELF-IDENTIFY:

Voice 2: Latina, pues asi me acostumbre. [Latina, I got used to it.]

Voice 3: I prefer Hispanic, or actually, I’m going to go with Latino, just because Hispanic, everyone can be Hispanic. If you speak Spanish, then you’re technically Hispanic, but if you say Latino, then that’s going to the culture.

Voice 4: I like Indigenous Latina; that’s what I identify as.

Voice 5: You know, I don’t like any of it. I’m American, U.S. born here, and I don’t like being segregated into different stigmas.

You just heard from Sergio, Margarita, Mesus, Diana and Francis. I chatted with them at the recent Fiesta on Wells festival in Reno about the different ways they express their ethnicity.

The two terms traditionally used to describe this community are Hispanic and Latino. J. Diego Zarazua from the Latino Research Center at UNR explains that one term refers exclusively to a language.

“What we do know is that this is all about identity. The term Hispanic was actually created in the 1970s by the American government in order to identify the Spanish-speaking community that lived in the United States,” Zarazua said.

While the word Hispanic tells us about language, the term Latino refers to individuals from certain countries.

“Latino tells us geographically about Latino America, Latin America, and all the countries and people that make up that,” Zarazua said.

These umbrella terms seem to mostly be used in the U.S. as a way to cover a broad number of nationalities. UNR assistant professor Ezequiel Korin was born in Argentina and has noticed that he identifies himself differently, depending on the situation.

“So, for example, I could identify myself as I’m Venezuelan, or Argentinian, or Dominican, or Colombian, Puerto Rican, etcetera; however, when I’m talking to a non-Latino, that’s when I’m using these terms, such as Latino or Hispanic, because it’s really an externally imposed or understood category,” Korin said.

Another term you have probably heard is Latinx. In 2018, Merriam Webster incorporated the term after it became widely used by young adults. Latinx is simply used as a gender-neutral alternative to Latino or Latina, and it is frequently used by the queer community.

Lydia Huerta is assistant professor of gender, race, and identity at UNR. She says that it’s important to respect the variety of ways that people choose to self-identify.

Finally, if you are not sure about ethnicities or what to call someone, it’s always good to just ask.

Maria Palma is a reporter for Noticiero Móvil, a bilingual media outlet run by the Reynolds School of Journalism. KUNR, Noticiero Móvil and This Is Reno recently accepted a national Murrow award for Excellence in Diversity, Equity and Inclusion for our collaborative approach to creating and sharing bilingual content for Northern Nevadans during the pandemic. Learn more here.