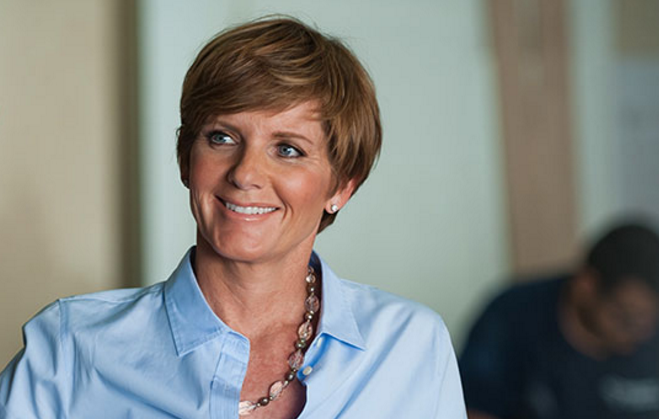 When it comes to education, Democratic Congressional candidate Susie Lee would tell you she’s devoted much of her life to improving the lives of Nevada’s children. Among her accolades is her role as president for the Communities In Schools of Nevada board.

“My careers have always been to serve people,” Lee said. “I started a homeless people program, I’ve focused on education and helping kids, but ultimately my decision to run for Congress is because like the rest of America, I am frustrated with the dysfunction in Washington. I know that I can do more for people by serving as a congresswoman,” she said.

Lee is new to the political realm, unlike her competitors Lucy Flores and Ruben Kihuen, all seeking election to the U.S. House to represent the 4th Congressional District of Nevada.

Lee and her seven siblings were raised in Canton, Ohio where their father worked at a steal factory and their mother stayed at home .

“When I was a sophomore in high school, my dad’s job was shipped overseas and he lost his job. I watched my mom and dad struggle into their retirement,” Lee said.

Growing up, Lee and her siblings helped the family financially, including through college.

“This community is struggling with economic inequality. We need to create good paying jobs and incentives, whether it is capitalizing on the renewable energy industry or looking at infrastructure needs like building the high-speed rail or I-11,” Lee said. “Those are all programs that we need to focus on to bring jobs to Nevada and not only in Clark Country, but in our rural areas, whether it be ranching or tourism.”

Lee said she has seen first-hand how social security impacts the ability for a senior citizen to live an independent life.

“My father passed away a year and a half ago. My mom is still alive, living on her social security income and worried monthly because of the cost of her pharmaceuticals and how she is going to pay her bills,” Lee said.  “I have also seen the impact of lost jobs and the importance of preserving social security for our seniors; it is the way we keep our seniors out of poverty. We need to have a fighter in Washington to make sure we keep these promises that we have made to our seniors.”

Lee has been busy traveling throughout Nevada to meet with constituents in Pahrump, Mesquite, Pioche and Yerington, adding that she has a few forums planned for the near future.

“Not only will I win the seat and beat Cresent Hardy in November, but I will hold on to it. I look at this position as a long-term plan, and I am committed to working hard for the people in Nevada.”

Eight Democratic candidates will compete in the primary election on June 14.