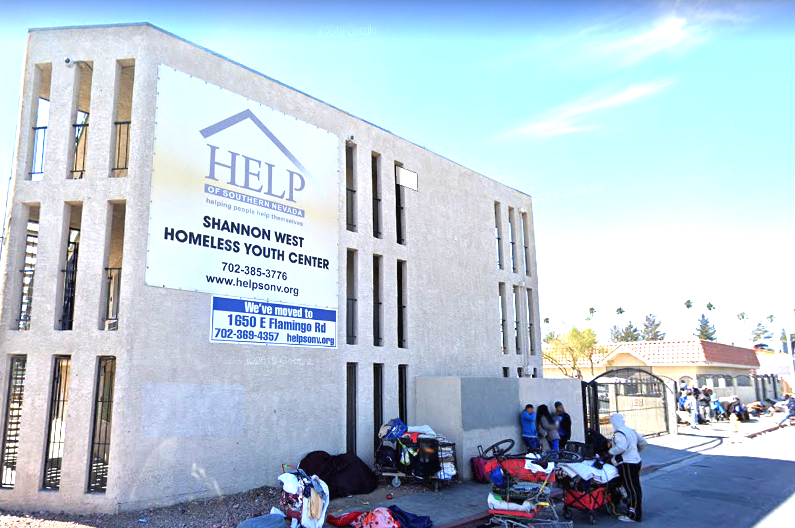 A new law in Las Vegas makes it illegal to sleep outside on a sidewalk or street if local shelters have available beds. Foremaster Lane in Las Vegas has several shelters. Credit: Google Maps Image from 2018

The City of Las Vegas, joins at least another 107 across the country, which now have ordinances that makes it a crime for individuals experiencing homelessness to sleep outdoors, on a sidewalk or street, when beds are available at emergency housing shelters.

The new law, which went into effect on Saturday, Feb. 1, will only be enforced against individuals who decline direction and transportation to a shelter and refuse to vacate the public areas on their own. According to KOLO TV 8, Las Vegas’s director of community services, Kathi Thomas-Gibson, said officials are unsure of the impact of this ordinance as the 2,000 available beds are mostly filled each night.

Those caught camping or sleeping outdoors will be charged with a misdemeanor and could face up to six months in jail and a $1000 fine.

The Las Vegas encampment ordinance comes just two days after Jon Humbert, the spokesperson for the City of Reno, said the annual tally of people living on the streets, parks or by the Truckee River is expected to exceed the total of 226 that was counted during a 24-hour period in 2019, according to the Reno Gazette Journal. –CC