E-commerce company Zazzle is predicted to bring nearly 250 jobs to the City of Reno through their new core distribution and manufacturing center at the South Valley Commerce Center later this year. According to Mayor Schieve during her State of the City Address on Thursday, Zazzle is the result of the Economic Development Authority of Western Nevada’s hard work which introduced 27 new companies and produced 1,600 new jobs in 2016 in northern Nevada. 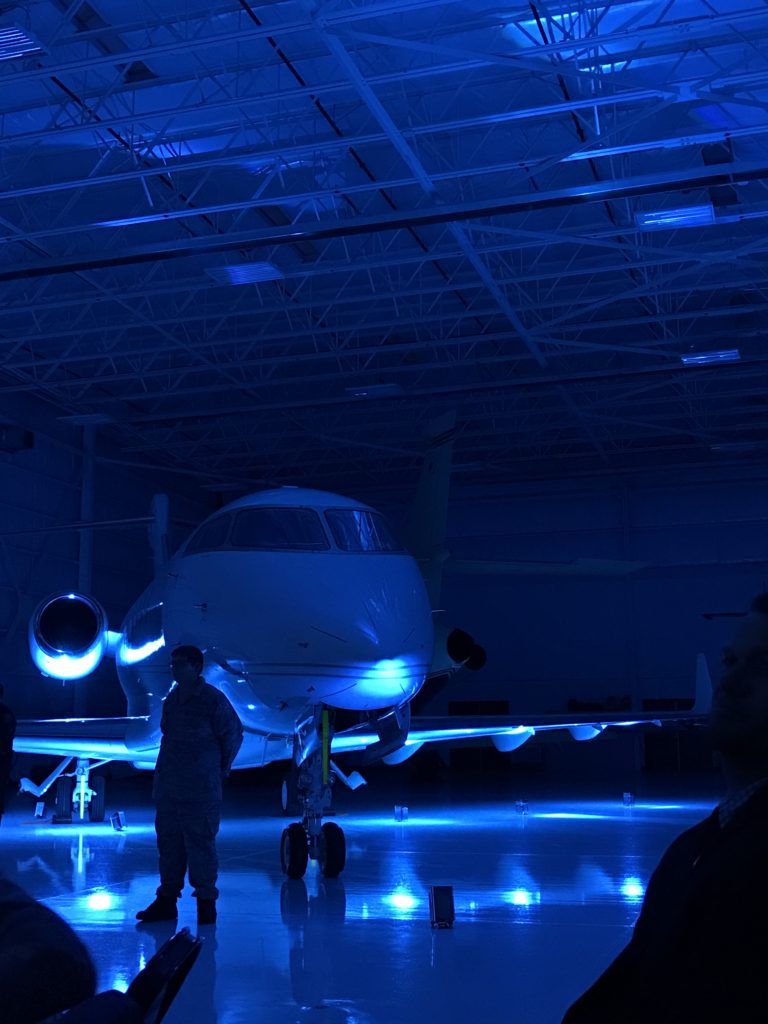 RENO, NEVADA –JANUARY 26, 2017: State of the City Address was held at Atlantic Aviation. Expensive planes used for celebrities and political figures were on display for community members to view up close. CREDIT: Karolina Rivas

Zazzle specializes in creating custom products designed by local artists and works with companies such as Warner Brothers and Disney. The company is prioritizing community connection during the relocation according to Chief Fulfillment Officer Charles Ohiaeri.

“We have designers that are local to Reno already so we think of this as an empowering age that we’re bringing manufacturing local,” said Ohiaeri.

The e-commerce company will play a larger role in the economic stability of the city and contribute to the growth of other businesses opening this year.

“Our headquarters will remain in the Bay Area but this will be all of our manufacturing across the world actually. So we’re merging three facilities into one,” said Zazzle’s Vice President of Special Projects Bridget Smith.

According to 24/7 Wall St., Reno was on the list of “Nine American Cities Nearly Destroyed by the Recession”. At the beginning of last year, the city reached an unemployment rate of 5.5 percent – one of the lowest unemployment rates in the past five years. Since then, new companies have begun to expand in the region including Tesla Motors, Apple, and now Zazzle.

In 2016, a record 9.6 million square feet of industrial space was leased in the Reno-Sparks area alone. Our community ranks among the top three in the nation for manufacturing and distribution space per capita,” Schieve said during her SOTC speech.

“We’re looking forward to working with the university as well. In order to hire students, train them, and so on,” Smith said. “We think that would be wonderful.”

According to Zazzle’s Chief People Officer Peggy Beaver, the company would like to hire students and offer internships to contribute to the well-being of career-driven individuals.