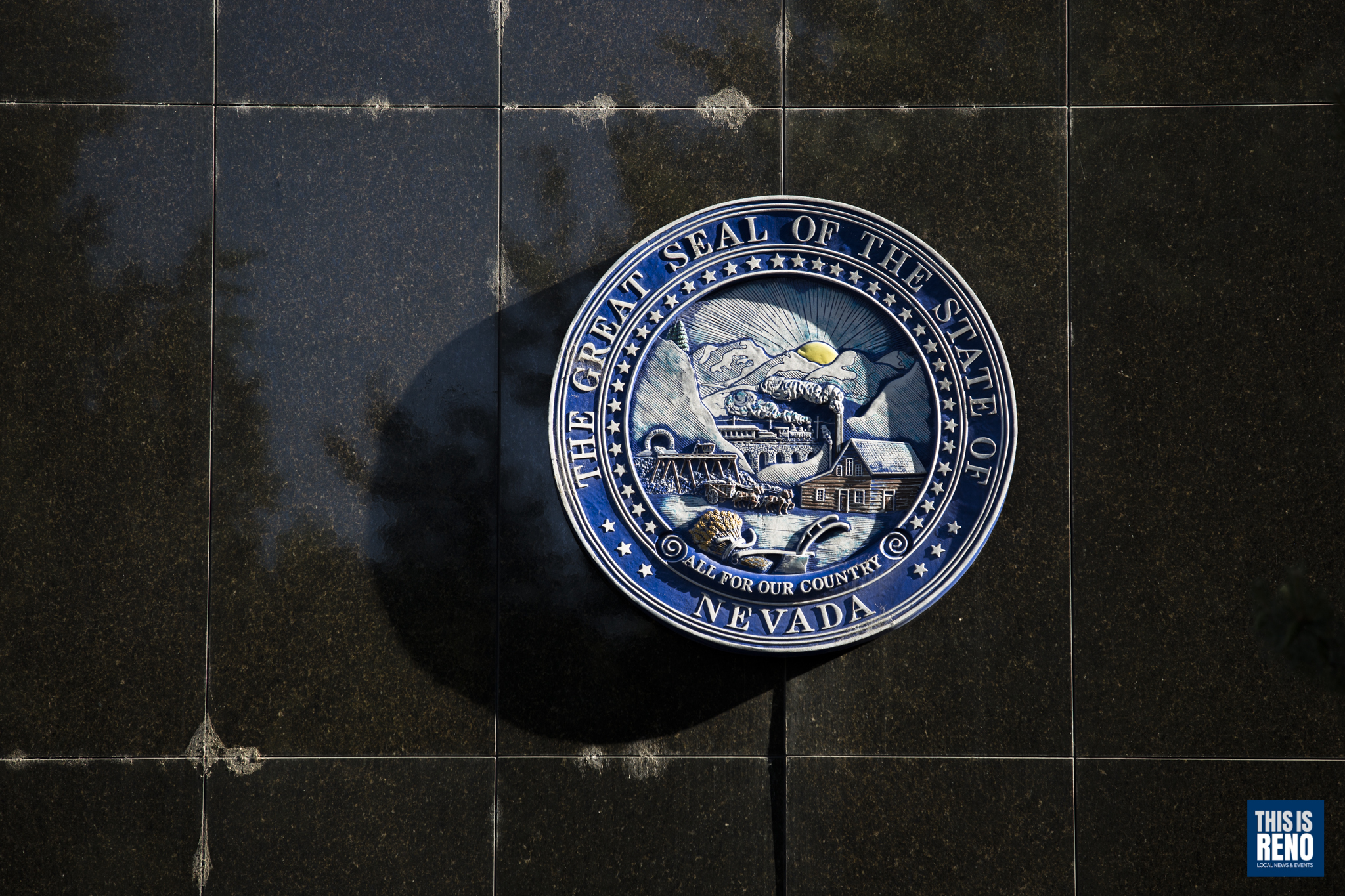 Seal of the State of Nevada. Photo: Trevor Bexon/This Is Reno

Nevada Treasurer Zach Conine on Thursday said his office will divest the state’s more than $49 billion investment portfolio from companies that manufacture or sell assault-style weapons.

Nevada is one of several states to divest from firearm companies, joining Connecticut, Rhode Island and New York.

The decision comes after multiple mass shootings over the past month – and more than 100 since the Oct. 1, 2017 shooting in Las Vegas that killed 60 people and resulted in nearly 900 people being injured.

“As Nevada’s chief investment officer, I have a responsibility to ensure Nevada’s tax dollars are invested with minimal exposure to risk,” Conine said. “Companies that profit on the manufacture and sale of assault-style weapons present a market risk I’m not willing to take.”

Critics have said divestment will do little to reduce gun violence, but Conine said the moral risk of not divesting was “too high to bear.”

“Investments are fundamentally a plan for the future, and it’s time Nevada started investing in a better future where our children aren’t slaughtered in classrooms,” he said. “We have a moral obligation not just to offer thoughts and prayers, but to act.”

Conine said his office has identified $89 million in investments that will be affected by the new policy. He said those will be sold off, or if they cannot be sold profitably, be held until maturity and never bought again.

The new policy will take effect right away at the Treasurer’s Office and extend to its vendors. Conine will present the new policies to the boards of some plans within the state’s investment portfolio for formal adoption.

This article was originally published by This Is Reno in English on June 2 and shared with Noticiero Móvil.