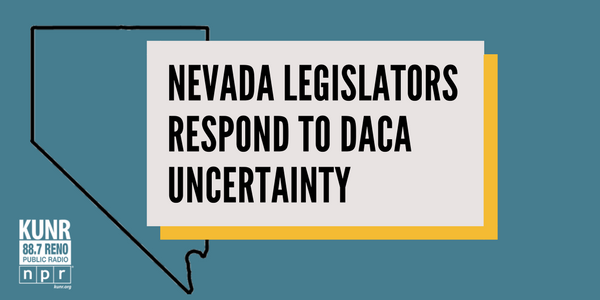 The Trump administration recently released a proposal focused on offering protections for young, undocumented immigrants. At the same time, the president is also calling for increased border security and changes from a family-based immigration system to one decided on merit.

Frank Sharry is the executive director for America’s Voice, a group advocating for what they call inclusive immigration policies.

There is one thing that’s really clear,” Sharry said. “It’s very hard to judge any proposal by looking at isolated elements. You have to look at the totality and say, ‘Are there enough good things here to outweigh the bad things?’”

For him, while the plan would grant many young undocumented immigrants a path to citizenship; other requirements, like building a wall, outweigh the benefits.

Republican Senator Dean Heller, on the other hand, welcomes the White House’s proposal. According to a spokesperson, he says he’s looking forward to working on legislation that fixes the country’s, as he puts it, “broken immigration system.”

However, Democratic Senator Catherine Cortez Masto criticizes the plan, instead calling on Congress to pass a measure giving protections to young people brought to the U.S. illegally as children without additional stipulations.

The possible changes come at the same time as an announcement by Attorney General Jeff Sessions that the federal government may soon send subpoenas to cities and counties, forcing them to produce records showing to what extent local law enforcement cooperates with federal immigration officials.