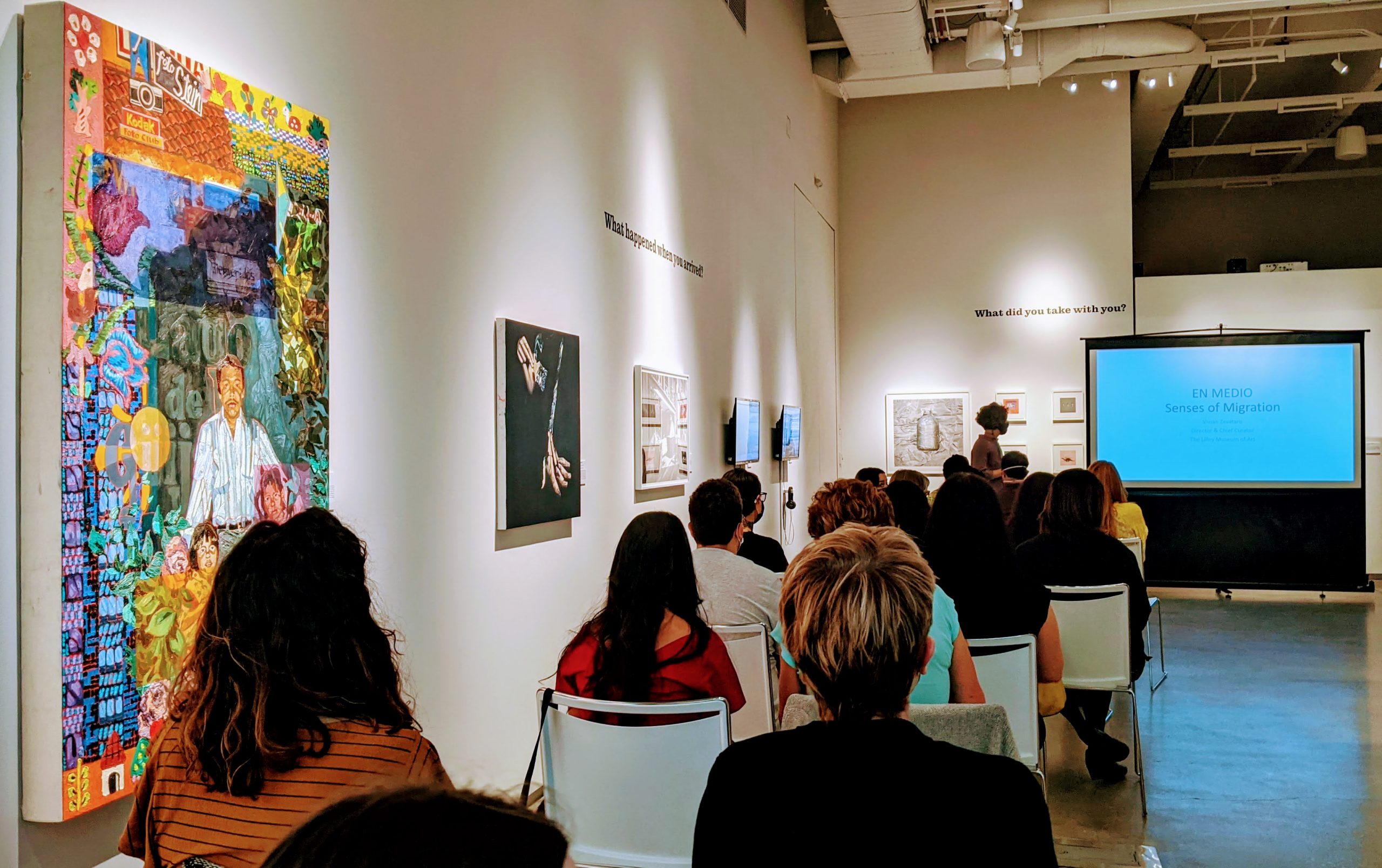 Vivian Zavataro, director of the Lilley Museum at the University of Nevada, Reno, presents the new art exhibit "En Medio" about the systemic problems that exist for immigrants eager to cross the U.S.-Mexico border. Credit: Claudia Cruz

Every year, thousands upon thousands of people attempt to cross the southern border into the United States in search of a better life for themselves and their loved ones. This route is a symbol of courage, fear, uncertainty and abandonment, but also of hope.

The exhibit, which can be visited until January 15, 2022 at The Lilley Museum of Art at the University of Nevada, Reno (UNR), includes artists from all over the world who explore the theme of this show through music, photography, painting, video and performance art.

During the opening event, The Lilley’s director and Chief Curator Vivian Zavataro, along with Dr. Debbie Boehm, professor of Gender, Race and Identity (GRI) and Anthropology at UNR, explored the concepts of immigration, detention and deportation, and the relationship of some of their research to this exhibition.

The GRI department of is collaborating with The Lilley and several units across campus for a year of programming related to two exhibits about borders, migration, injustice, and activism – En Medio, curated by Zavataro and Jeannette Martinez, a Ph.D. student researching art of the Central American diaspora – and Hostile Terrain 94, a participatory exhibit created by Jason De León, a recipient of the MacArthur genius grant and director of the Undocumented Migration Project.

The Lilley Art Museum is open Tuesday through Saturday from 12 p.m. to 4 p.m. The use of face masks is mandatory.

Upcoming activities during the semester:

Editor’s Note: This article was updated at 2:20 p.m. to include the participation of Jeannette Martinez.