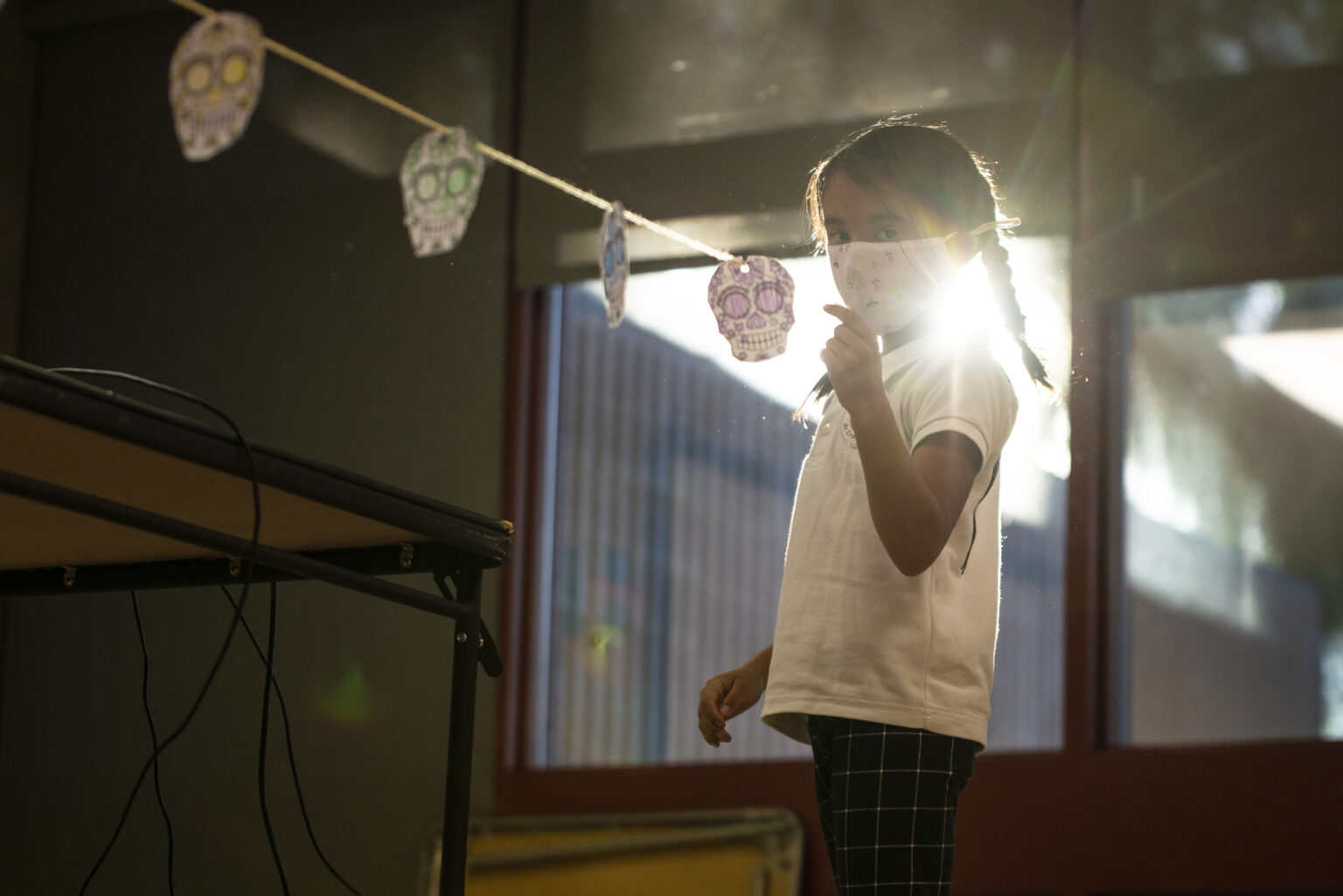 Hannah Ramos creates decorations during an informational workshop about the significance of the Night of the Dead at the Winchester Dondero Cultural Center in Las Vegas on Saturday, Oct. 23, 2021. Daniel Clark/The Nevada Independent

Latino communities’ longstanding ties to Nevada date back centuries to the Old Spanish Trail, and the Nevada Department of Transportation (NDOT) wants to trace that history by hearing from community members about which places are most important to them and what can be done to help preserve them.

The Cultural Resources Latino Project, launched on Feb. 1, is funded by the National Historic Preservation Act and will focus on buildings, sites and people from the 1950s through the early 2000s, according to Cliff Creger, chief of cultural resources at NDOT. He said participants can access NDOT’s website or use a new app where they can anonymously submit information by flagging a location and providing a brief description.

After the soft deadline of March 31, Creger said the cultural resources team will conduct a field survey based on the community outreach results and gather suggestions on where to focus their efforts. He said the survey will aid in nominating important sites to the National Register of Historic Places.

The Old Spanish Trail was a route that connected northern New Mexico settlements with those of present-day California, and it was first established by indigenous people and later used by Spanish explorers. The trail crossed six states — New Mexico, Colorado, Utah, Nevada, Arizona and California — and was widely used by migrants and traders.

The portion of the article is shared as part of our collaboration with The Nevada Independent. This story was originally published on March 9, 2022 and written by Da Yeon Eom.