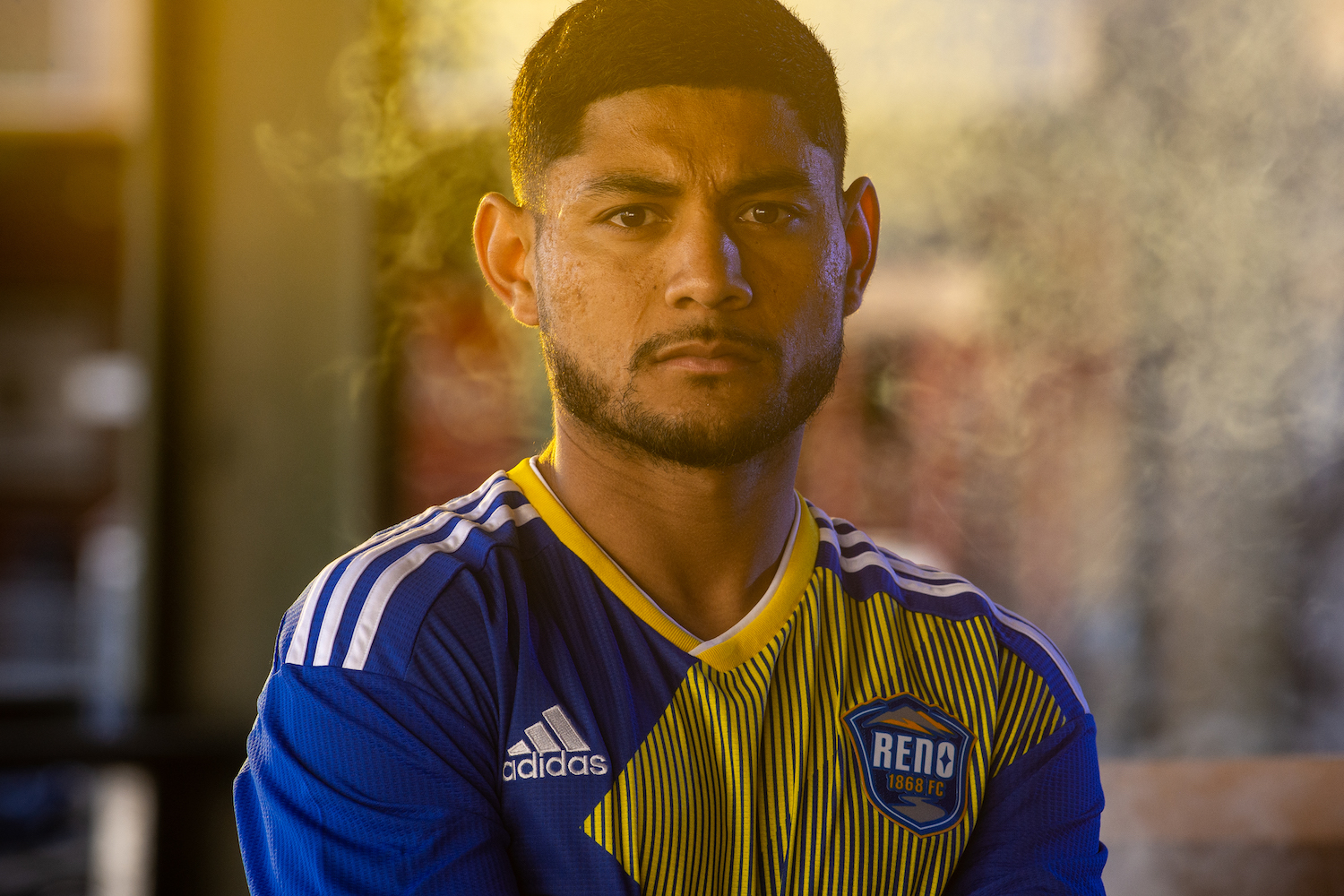 Many live sporting events have been shut down due to the pandemic. After five months, however the lights have come back on at Greater Nevada Field thanks to Reno 1868 FC who returned home on August 8 besting the Tacoma Defiance that Saturday 2-to-1.

Back when the pandemic first hit, the organization suspended operations but did not cancel the season, which meant the team had to transition online to continue their training.

Player Kevin Partida, who grew up in Reno-Sparks, spoke to KUNR’s Lesly Virgen-Mariscal about the changes.

Lesly Virgen-Mariscal: Kevin, in response to the pandemic, how has the team shifted to online training, and what did your training entail?

Kevin Partida: We tried to stay involved with the game as much as possible. We had a couple of video sessions a week during that time and had our fitness coach sending us workouts that were meant to keep us in shape. We had about a month where we got to get back into regular, full team training before our first game. So it was almost like a restart in another little mini pre-season.

Virgen-Mariscal: Are you concerned about contracting COVID-19, especially after someone at Reno 1868 FC tested positive?

Partida: Yeah, I think the good thing was that we were all following the protocols as they were meant to be followed. So luckily, we were able to avoid a lot of people being contagious. We were able to isolate that individual and keep moving, retest and then move forward and let him [integrate back] with the group once he was cleared.

Virgen-Mariscal: Are COVID-19 tests being done regularly? Or how often?

Partida: We’re doing it pretty regularly, especially after that positive test. We tested a bunch right after just to make sure there wasn’t any time between where somebody else could have contracted it. And right now, with a congested schedule, we’re trying to test before every game to make sure that nobody is positive before games. A couple of times a week is what we’ve been doing so far.

Virgen-Mariscal: Tell me about the morale. You had all of these highs during the preseason, and now with the uncertainty of the pandemic, how’s everyone holding up?

Partida: [The] guys came back really, really intense. I think everybody saw it as a clean slate, so people were fighting for spots all over again, and it’s been pretty intense in training, a lot of clashes. But I think now that we’ve gotten into games, you start to realize we’re a team and we’re on the same boat. I think we’re coming together well again … which is important.

Virgen-Mariscal: Do you have any concerns that you won’t get to finish the season because of the pandemic?

Partida: I think you kind of just take it as the end of this season. Hopefully, it doesn’t happen, but we’ll just consider it the end of this season and start planning … for 2021. It would just mean more time for individual preparation, staying in shape a lot earlier than you are used to, where you usually get maybe two or three months, where you’re training on your own in the offseason. That would mean doing that for maybe five months at this time. But I think we’re pretty confident that we’ll be able to finish out the season.

Virgen-Mariscal: You’re a leader in the Latino community and a role model. What are your thoughts on the fact that Latinos have been disproportionately impacted by COVID-19?

Partida: It’s definitely something I’m aware of, and sometimes, you feel maybe helpless to a certain extent in what you can do. So I think more than anything, I just try to share as much information as I can. I know we’ve had a couple of places where they’ve been doing free COVID testing. So I try to share that information as much as possible.

I’m sure it’s kind of a scary thing when you might feel a little bit of a fever one day, and you might be scared to go and find out the truth, but I think it’s important to take all the precautions that we can. I think naturally, Latino communities are used to hanging in big families and big groups, but I think it’s important for everybody to know what risks come with that. So more than anything, I just try to share information as much as possible.

Virgen-Mariscal: What message do you have for the Latino community about the pandemic?

Partida: I think just to stay consistent with following protocols. As long as you’re being aware of where you are and what you’re doing, I think those are the most important things for sure.

The games have taken place without fans; however, the when at Greater Nevada Field, the team now displays posters made by fans behind the goalposts during the match.