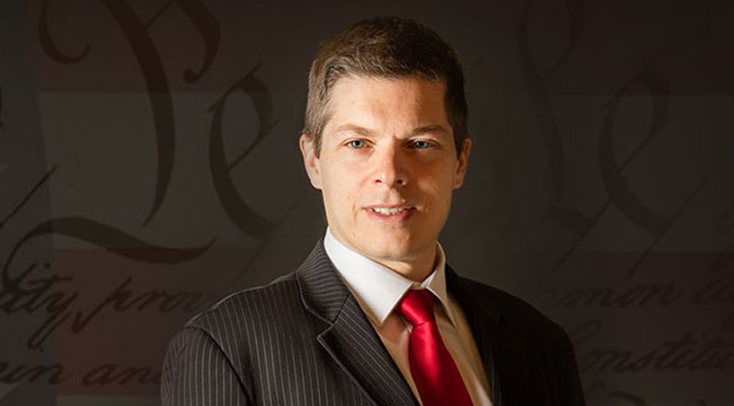 Rick Shepherd hasn’t always been a politician. With an economics degree from the University of Nevada, Reno, he became an entrepreneur, then later an instructor at his alma mater. Eventually he found his way into activism which led him to his run for congress this year to represent the 2nd District of Nevada.

“After years of fighting the man, I decided to be him,” said Shepherd, a former Republican running as a Democrat. “When the party left me, I decided to leave the party.”

On Monday, Shepherd visited the Reynolds School of Journalism at UNR to meet with the Noticiero Móvil team to discuss a wide variety of issues from women’s reproductive rights to space exploration.

“It doesn’t make any sense to me that men across this country can walk into any pharmacy in this country and get their ED [erectile dysfunction] medication, and that’s covered, but women are being denied essential healthcare every day,” said Shepherd.

Shepherd supports free college and increased education funding. He opposes mandatory minimum sentences and for profit prisons, whose pennies on the dollar labor practices he described as providing “the last bastion of legal slavery in this country”.

Shepherd is a decidedly self-styled candidate. He is responsible for nearly all of the content on his website, organizing it based on how important each issue is to both him and voters. In a story Shepherd told on Monday, he spoke of having coffee with a friend who pointed out that his website made no mention of LGBTQ rights. He pulled out his laptop at the coffee shop and changed the site immediately.

As the march towards November continues, Shepherd is hopeful that his personal, hands-on approach is enough to set him apart from the rest of the political pack and make this former student, entrepreneur, teacher and activist a future congressman.