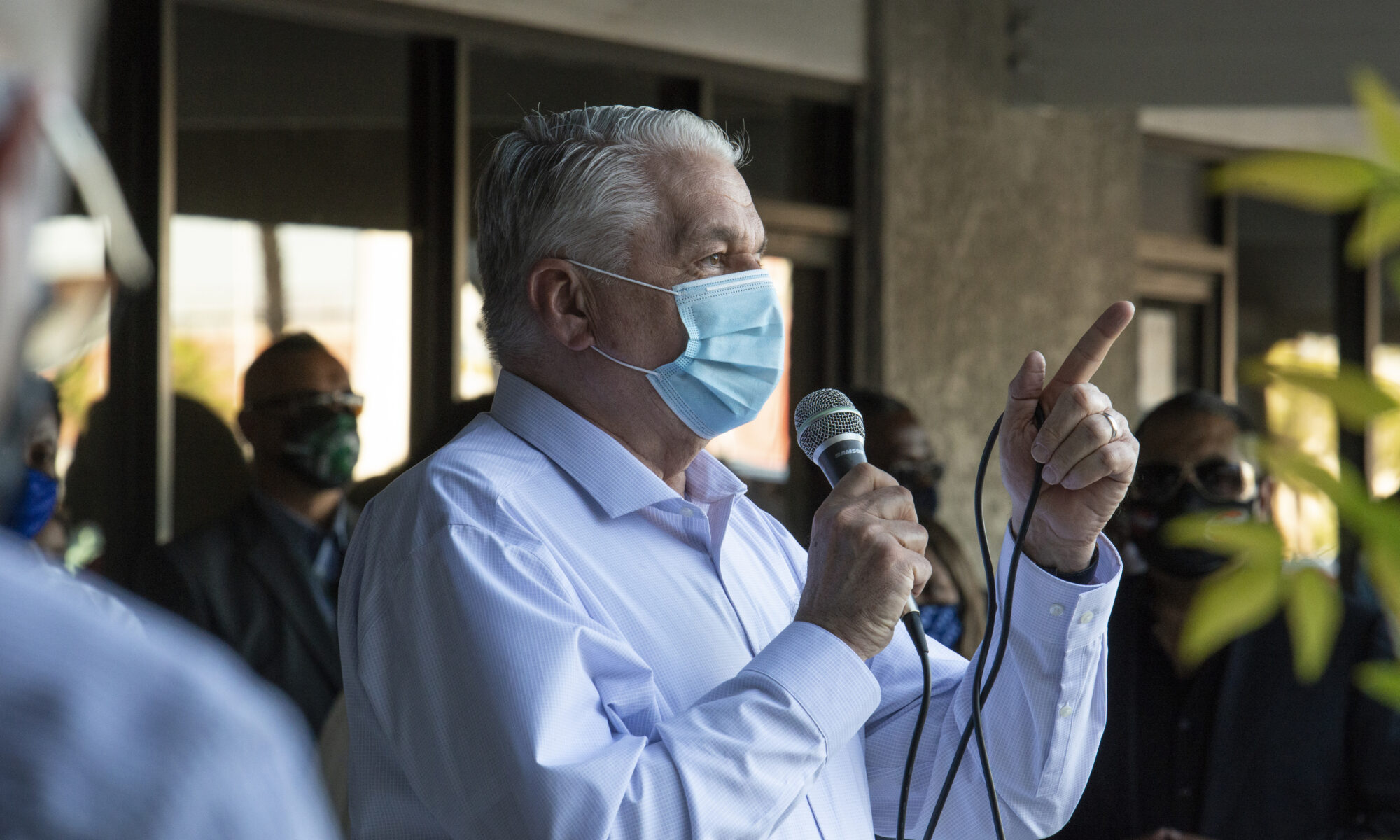 Gov. Steve Sisolak announced on Sunday that he is extending current coronavirus health and safety restrictions for another month and putting in place a new moratorium on evictions through the end of March.

But he also spent a significant portion of the afternoon press conference defending his decision to not go further and implement another statewide shutdown, like Nevada put in place in the spring, citing a lack of economic support from the federal government. He specifically criticized a recent White House COVID Task Force report that suggested that state and local governments aren’t doing enough to stem the tide of COVID-19 and put the onus back on the federal government, saying that states are unable to do more without federal financial assistance.

“The problem we have is that the mitigation policy that most successfully ‘stemmed the tide’ in Nevada was our complete shutdown,” Sisolak said. “And for the White House and feds to send that recommendation without including a big check for Nevadans — a plan for providing our state with funding to give our families a safety net in this time of great tribulation is downright out of touch and offensive.”

He also framed the recent White House COVID Task Force report as a “stark departure” from the messages and actions from the White House over the last nine months that “contradicted and undermined recommended mitigation measures touted by respected public health officials throughout the country.” He said that his “blood boiled” when he read the report.

Sisolak said that a second shutdown would be “unrealistic without additional support” and that a state economist has said that a return to full stay-at-home restrictions without the savings and assistance the state had in the spring “would put us in a position that would be as bad, or worse, than the Great Depression.”

“If we could write a check to every Nevadan right now to provide them the ability to stay home and stop the spread, I’d do it,” Sisolak said. “But we can’t.”

Continue reading the article at The Nevada Independent. This story was originally published on December 13 and coauthored by Megan Messerly and Michelle Rindels.