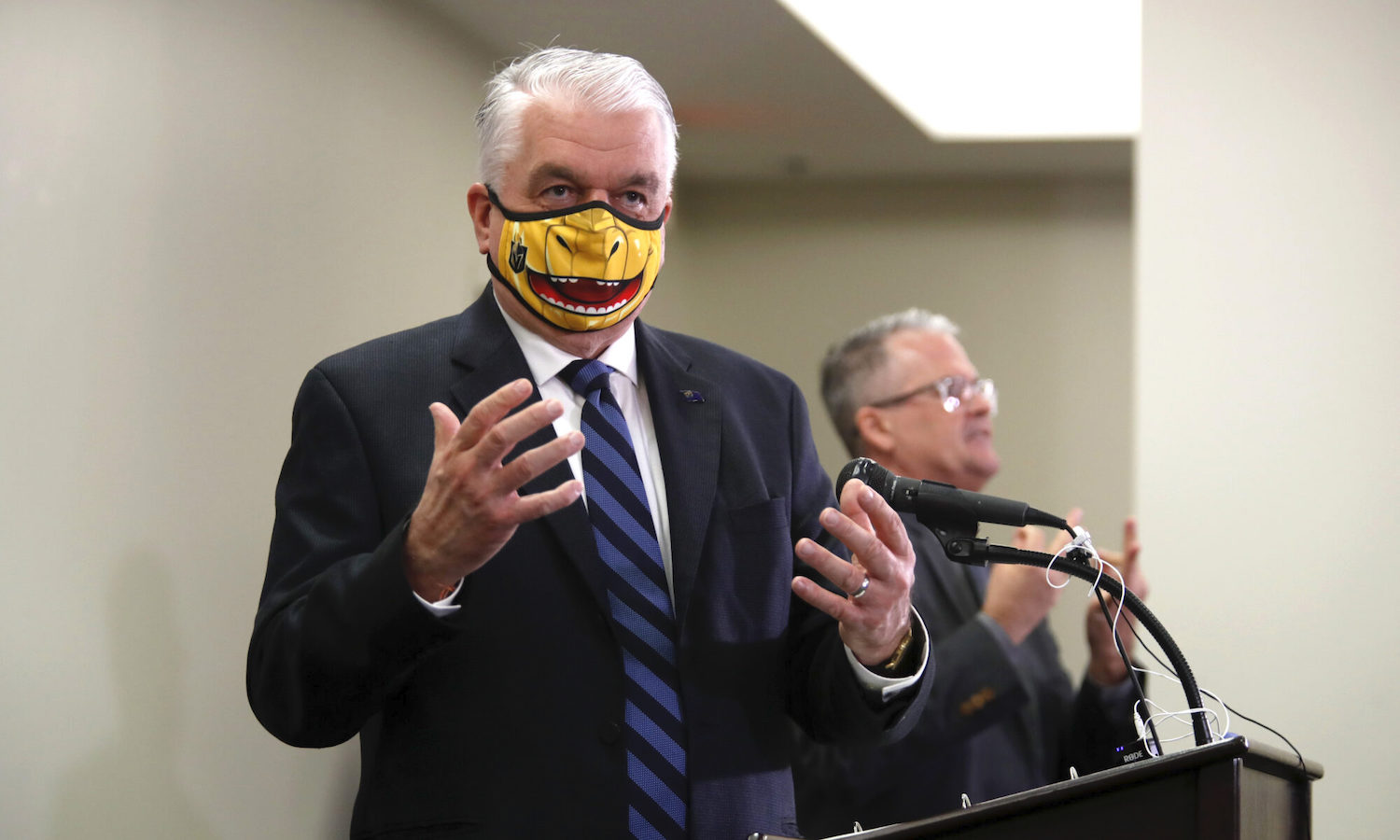 Conventions, sporting events with live audiences and large church gatherings will be allowed to resume once again after Gov. Steve Sisolak announced that he is raising the limit on public gatherings from 50 to 250 people — and even higher for some of the state’s largest venues.

Sisolak, at a press conference in Las Vegas on Tuesday, said that declines in the states COVID-19 test positivity rate and hospitalizations since a peak over the summer warranted an increase in the 50-person maximum of gatherings, which has been in place since May. The new directive will take effect just after midnight on Thursday.

(Check out the infographic below maintained by our colleagues at the Nevada Independent that traces all the cases in the state.)

“We continue to watch numbers for signs of progress and whether the current mitigation measures that are in place are having an impact,” he said. “I’m pleased to say the answer is yes, they are.”

But the governor’s announcement comes as the number of new COVID-19 cases reported each day has been on the rise. The seven-day average of new reported cases was 458 on Tuesday, up from a low of 267 two weeks ago but still significantly below the high of 1,176 seen in July.

This portion of the article is shared as part of our collaboration with The Nevada Independent. This story was originally published on Sept. 29 and written by Jackie Valley, Megan Messerly, y Riley Snyder.