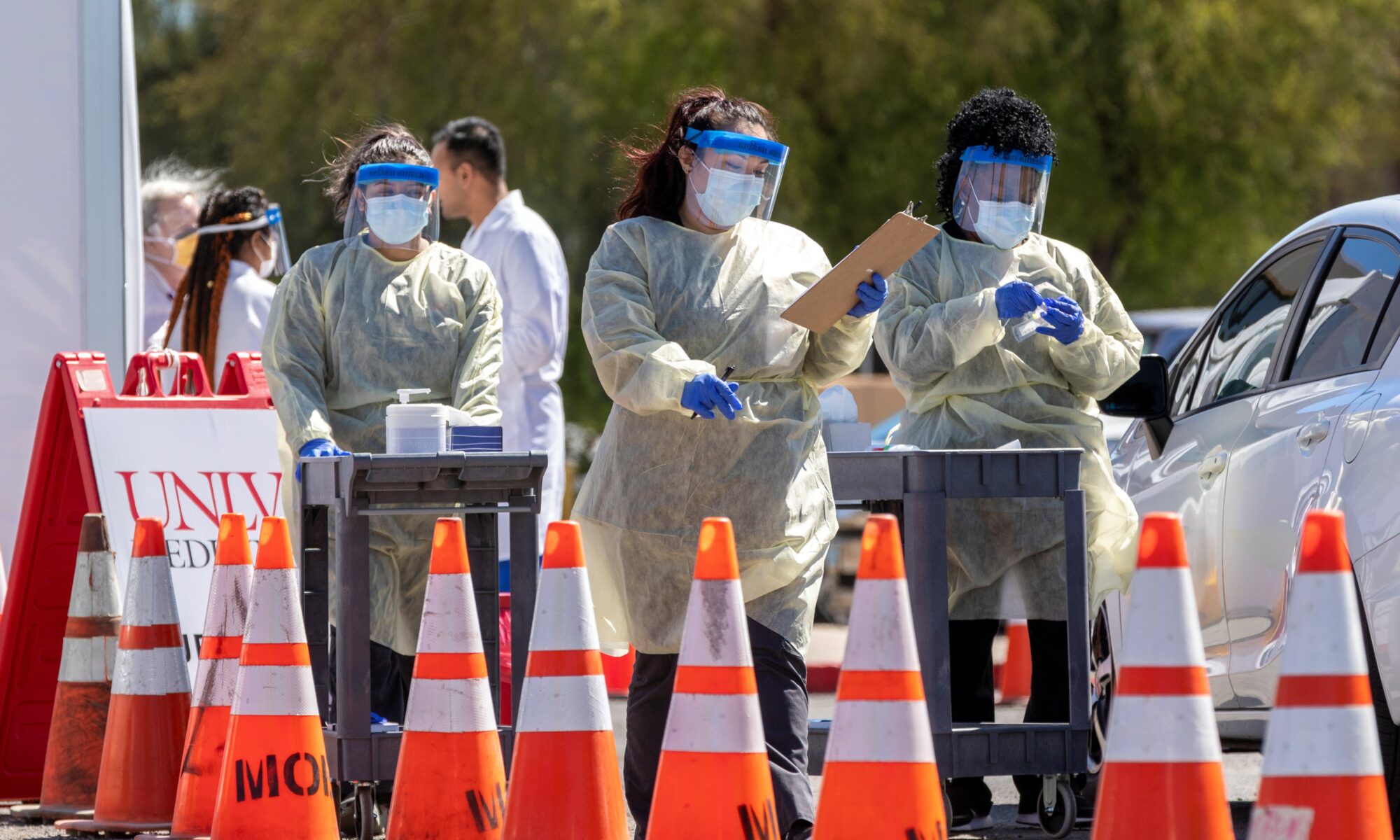 UNLV Medicine, the clinical arm of the UNLV School of Medicine, has conducted curbside COVID-19 testing since March for members of the public who meet the CDC guidelines for testing. Lonnie Timmons III/UNLV Photo Services

Gov. Steve Sisolak announced on Sunday that he is lowering occupancy limits and once again reducing the size of allowed gatherings as COVID-19 continues to spread like wildfire across the state, setting records day after day for new reported cases.

Occupancy in restaurants, bars, gyms, casino gaming floors and a host of other gathering spots such as libraries, museums, bowling alleys and aquariums will be limited to 25 percent of capacity — half of the limit most establishments have been operating under for the past several months.

Other retail establishments, including indoor malls, will be allowed to continue to operate at 50 percent capacity, though big-box stores will be required to have an employee stationed at the entrance to count customers.

Public gatherings will once again be limited to 50 people or 25 percent of fire code occupancy, whichever is less, effectively undoing the change Sisolak made just two months ago that raisedthe state’s limit on gatherings from 50 to 250 people. The new requirement applies to places of worship — in addition to other venues including indoor movie theaters, live theater performances, casino showrooms, weddings, funerals and more — but does not apply to in-person learning in K-12 schools.

Private gatherings, meanwhile, will be limited to 10 people, with attendance restricted to a maximum of two households.

Continue reading the article at The Nevada Independent. This story was originally published on November 22 and coauthored by Megan Messerly and Jackie Valley.