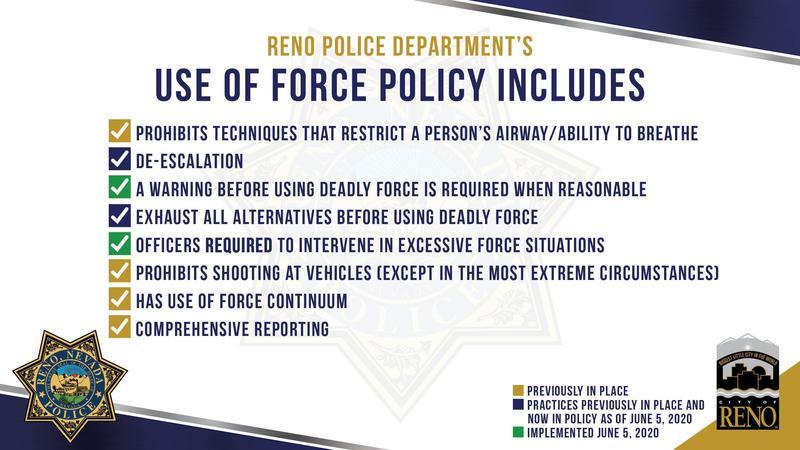 The Reno Police Department (RPD) has announced some changes to its use of force policy in response to community input. The changes are in light of protests against police brutality, both locally and nationally, following the death of George Floyd, a black man in Minneapolis who was killed while in police custody after a white… [Read More]