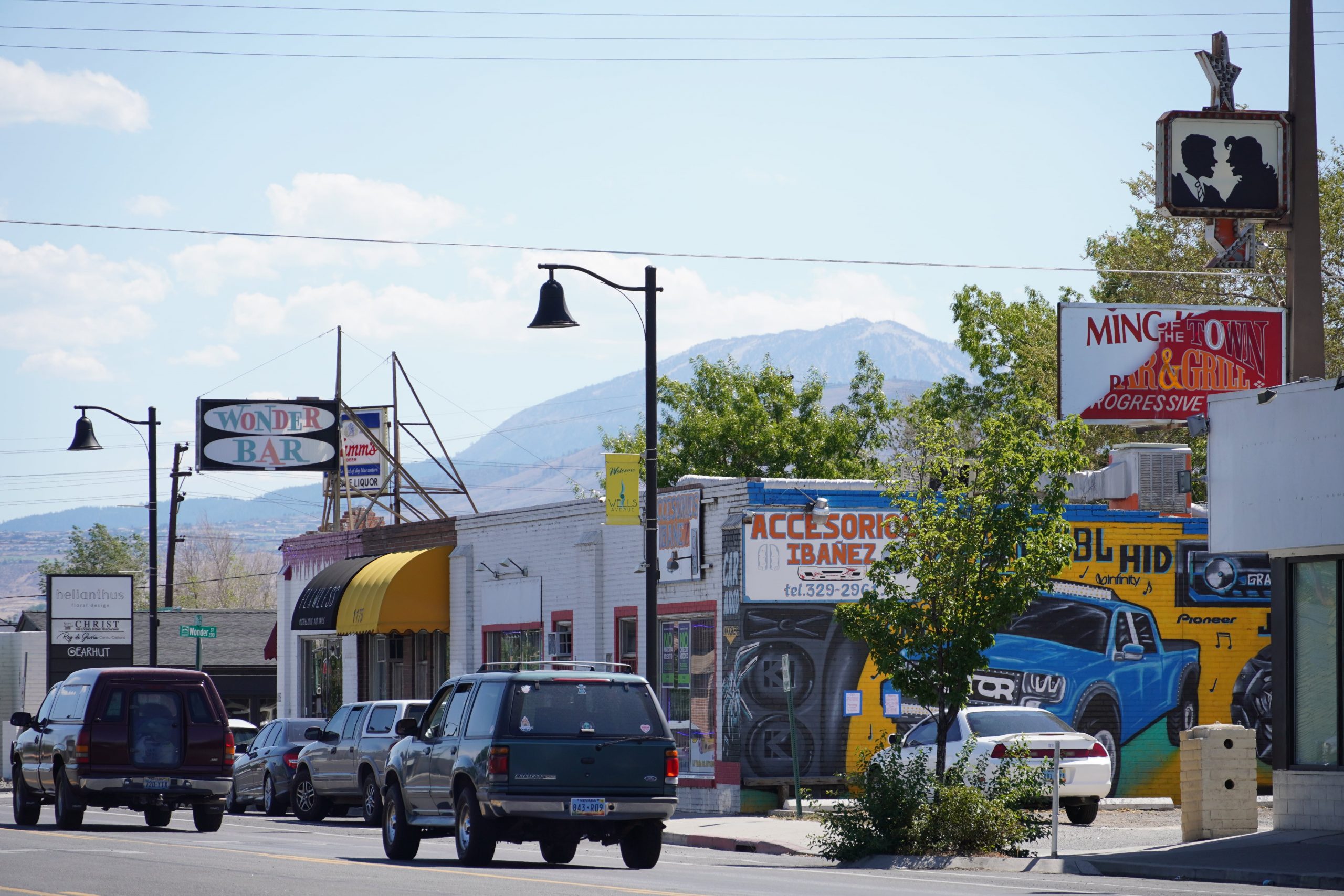 What’s happening on Wells? Is Wells Avenue changing its face? Is the district becoming gentrified? This is the second of a four-part series focused on the Wells Avenue area and what neighbors, business owners and experts have to say about how the area is evolving.

Those businesses include retail shops, restaurants and hair salons. The businesses have generally been a center of entertainment and community for those who live in the area, rather than being tourism-focused.

Many of the district’s buildings are long-standing properties that have been leased by local owners to local tenants. Historically, most of the businesses in Wells Avenue have been operated by Reno entrepreneurs.

In recent years, however, new businesses have given Wells Avenue a fresh face. The community now can find a wider and more diverse offering of services and products.

Like many other cities across the country, Reno is experiencing a housing crisis as property prices skyrocketed in recent years. One of the commercial districts that seems to be affected is Wells.

According to the Reno/Sparks Association of Realtors, in July the median sales price for an existing single-family residence in Reno/Sparks was $530,000, an increase of 22% from last year but unchanged from the previous month.

“Property values are going up everywhere,” said Greg Ruzzine from Logic Commercial Real Estate. “Substantially more in the last 18 months with people ejecting out of California and bringing their money here to Reno.”

Ruzzine said that Wells Avenue is one of the examples to explain this phenomenon.

“Local and out of state investors are slowly purchasing buildings in the Wells Avenue corridor. There are many developments and buildings being restored happening in the area,” he said.

We visited some of the oldest and newest businesses in the area to learn about business owners’ concerns and experiences.

Pettin Place’s owner Linus McKibbin recalls how the neighborhood used to be and how it has changed over the years.

The pet store has been one of the few businesses that have} survived both demographic and economic changes.

“There is one developer who owns 14 properties on the street and he’s already raised everybody’s rent,” McKibbin said. “We got lucky with a good landlord.”

Mandala Apothecary is owned by Lisa Rojas. The shop’s first location was in Midtown. After her landlord raised her rent by 70%, Rojas moved her store to Wells Avenue, where she’s operated it for five years.

“It’s walkable and we’re getting more new shops–different places with different services,” she said. “Now people are associating it with Midtown. Some people think it is Midtown, but we are definitely just trying to make sure that that long line stays drawn.”

She also said “it is hard to stop the prices from going up when investors come in and buy up all the properties, or property owners are not connected with the small businesses and they just care about their numbers.”

She said that one of her previous landlords on Wells asked her to move out to for sewer repairs, but in fact, she said, he just wanted to sell his building.

“That has happened to me twice. Property owners take advantage of the building, they upgrade it and tell you to leave,” Rojas said.

She now has a good relationship with her landlord and pays what she thinks is a fair price.

“Hopefully there are going to be good property owners who are going to rent buildings at reasonable prices, so small, unique local businesses can stay here,” she added.}

Space Cadet is a zero-waste co-op supporting local entrepreneurs, artists and certified B-Corporations. They opened in 2020 — during the coronavirus pandemic. However, its owner, Andrew Frank, said his business has had a good reception by the community and other local businesses in the area. He said he saw an opportunity on Wells Avenue to open his store.

“I fell in love with the building in the neighborhood,” he said. “It was exactly what we were looking for. I think was as great as the next up and coming area of Midtown, but we wanted to be a little bit off the beaten path.”

Frank thinks that “market and prices in Reno are really high” but admits that he hasn’t had any problems affording rent so far.

“My landlord has been amazing. He was kind enough to actually give us a reduced rate of rent, we got at the very beginning as the pandemic was going on. We started our business at what I think seemed like the worst possible time.”

Similar to  Space Cadet, Camryn Morrissey opened Helianthus Floral Design in 2020. She said it was “definitely tricky to do it in a pandemic,” but she always wanted to have a flower shop.

“I started in the wedding industry and then decided to have my own store,” she said. “We do a lot of flower arrangements, deliveries and gifts for special occasions.”

She said she chose Wells Avenue because of its location and it is an area in constant development.

“I really liked the building and the owners,” Morrisey said. “I like that it is up and coming and there are other small businesses that are newer here. It’s close to Midtown but not right in the middle of it,” she said.

Whether because of its character, its location or its sense of community, Wells Avenue has been home to many businesses. Some have been around for years and have survived the area’s changing demographics and economy, while others have brought freshness to the neighborhood, hoping to continue to outlast the fluctuations of the market.

Jose Velazquez, owner of A Toda Madre tattoos, recently relocated his shop to a new address on Wells.

“We moved because we wanted to expand our business. Now we have a parking lot, which is really hard to find on Wells,” he said.

Velazquez, who said Wells has a big tradition with the tattoo industry, shared his thoughts on the changing of the neighborhood.

“When I first got my other place, the price was really low. Then they sold it. Guys from California coming in, buying the building, raking the price up. Nowadays, you can’t find cheap rent on Wells. The gentrification is definitely happening,” he said.

Velazquez is aware of the changes and expects to see new stores opening up.

“I would like to see the mom-and-pop shops that have been for many years, the essence of Wells, but I would also like to see the new commerce and what new great ideas they can have,” he said.

This article is shared as part of our collaboration with This Is Reno. This story was originally published on October 18, 2021, and produced by Maria Palma and Abby Ocampo.