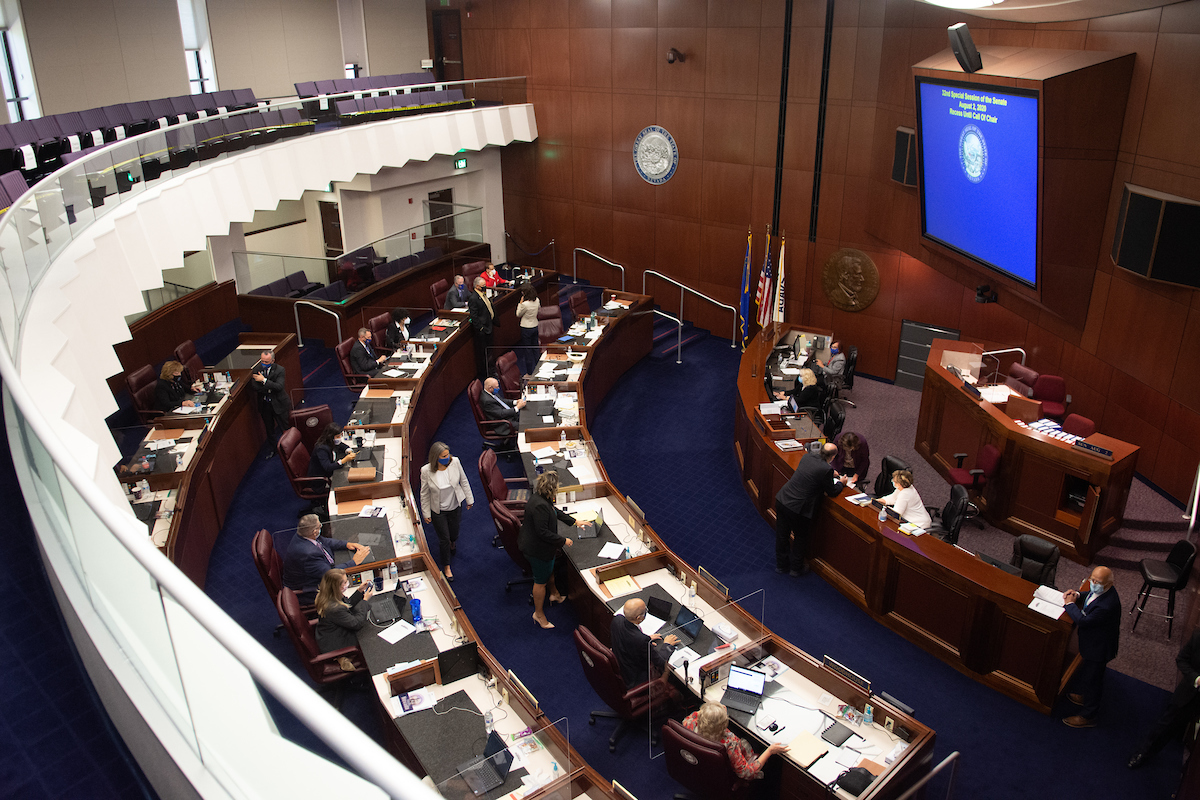 Senate chambers on Sunday, Aug. 2, 2020 during the third day of the 32nd Special Session of the Legislature in Carson City. David Calvert/Nevada Independent

President Donald Trump doubled down on his criticism over Nevada’s move toward a mostly mail general election during a press conference Monday, saying he expected a lawsuit would drop Tuesday against a bill that passed the Assembly and Senate on party lines over the last few days and was signed into law on Monday.

Trump’s remarks, made at the White House, came after he wrote two tweets in two days on the issue, including one that called actions from the Legislature during an ongoing special session “an illegal late night coup.” He also asserted falsely that there were no public meetings, though the bill was vetted by the Senate and Assembly in hearings that involved lengthy periods of public comment via phone because the legislative building is largely closed to the public in an effort to prevent the spread of COVID-19.

“Two nights ago, they went out and in the darkness of night without people, without having any meetings of the public, without having anything, they approved a ridiculous — you don’t have to look at signatures, you don’t have to approve anything, you can have double mailings, you can have all sorts of things,” Trump said at the press conference. “Nobody’s ever seen anything like it. it’s a disgrace. Honestly it’s a disgrace.”

The bill, AB4, specifies that in the November general election, and any others that happen in the wake of a statewide emergency or disaster directive, election officials will send all active registered voters a mail-in ballot. It passed the Senate on Sunday, and Democratic Gov. Steve Sisolak’s announced Monday that he signed it.

This portion of the article is shared as part of our collaboration with The Nevada Independent. This story was originally published on Monday, Aug. 3 and written by Michelle Rindels and Megan Messerly.