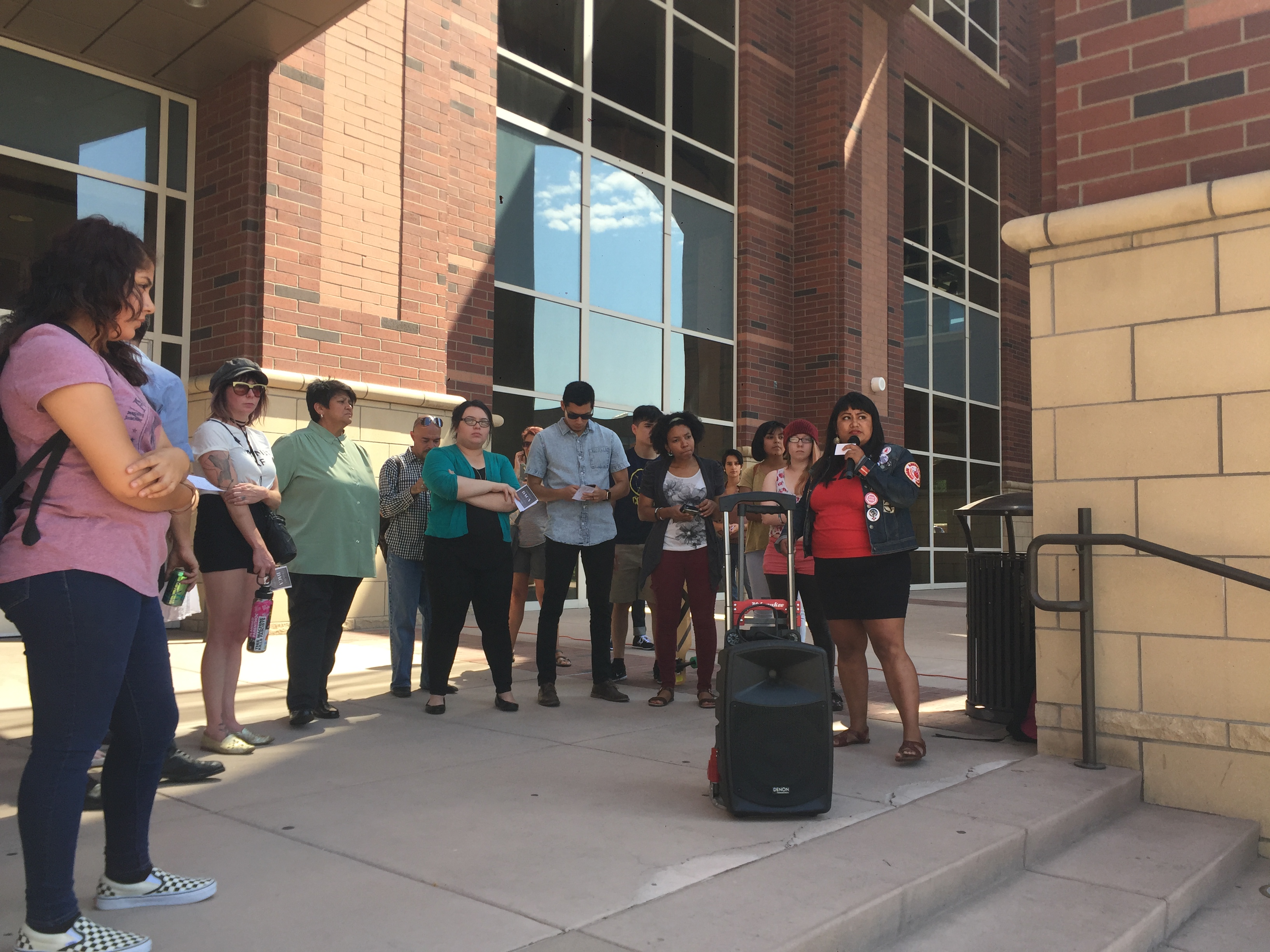 Xóchítl Pāpalōtl organized the Walk Out In Support Of DACA Students and speaks to the crowd gathered in front of the Knowledge Center.

Today in Reno, like in many cities across the nation, protestors spoke out against President Donald Trump’s announcement that he will be ending the Deferred Action for Childhood Arrivals program, known as DACA. Attorney General Jeff Sessions also announced that Trump is giving Congress six months to find a legislative solution. KUNR reporter Stephanie Serrano has more.

There have been multiple local protests, including one in front of the Federal Courthouse Building and another on the University of Nevada, Reno campus.

I feel unsafe overall I feel like one day I can be here in the U.S. and the next day, be over in Mexico with no money or anything to help me survive over there,” Itzel Perez, a DACA recipient and a student at Truckee Meadows Community College.

Perez is hoping to transfer to UNR. She moved to the U.S. from Mexico when she was seven years old.

“Primarily my biggest concern is the sociological stress that this is going to have on students, on young students and their families,” he said. “Of course DACA is not just for that individual.”

President Trump is defending his decision, saying that it does give Congress a short period of time to act.