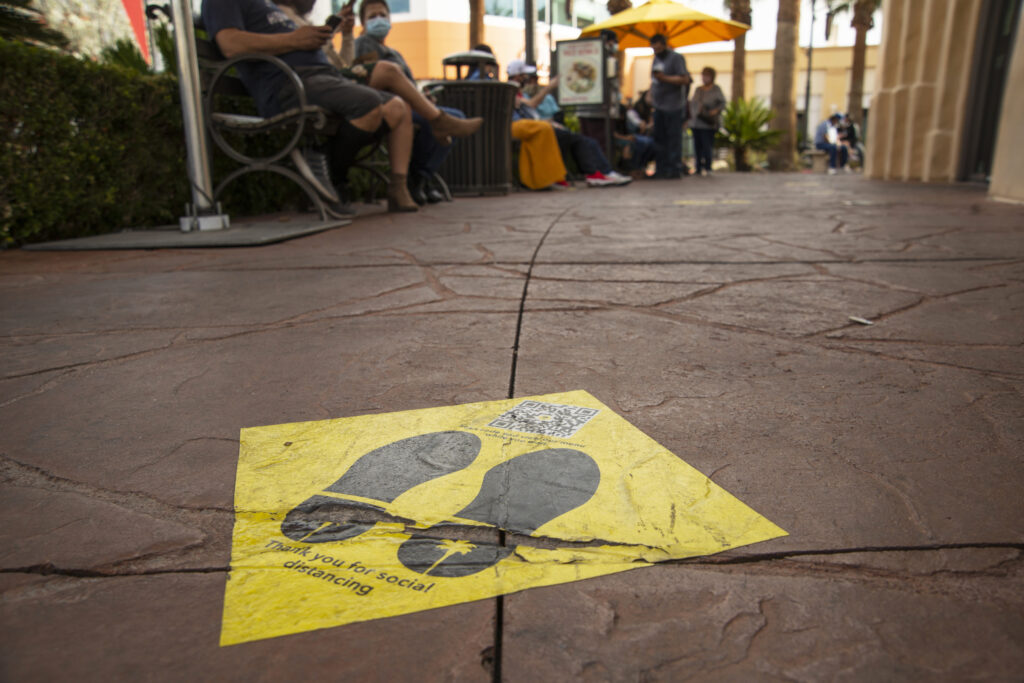 People wait for their tables at a restaurant at Town Square in Las Vegas on Saturday, March 6, 2020. (Daniel Clark/The Nevada Independent)

Benefit programs that have buoyed hundreds of thousands of unemployed Nevadans for more than a year came to a hard stop over the weekend, raising concerns of a trying transition for those who have yet to find a job.

Department of Employment, Training and Rehabilitation (DETR) Director Elisa Cafferata said that while the Department of Labor has authorized states to use American Rescue Plan funds to continue benefits past Saturday’s deadline, her agency had no plans to do so. An extension would require a special legislative session, such a program would not come with federal money for administrative expenses and it would take that federal aid away from other possible uses, she said.

“We’ve certainly taken a look at it,” Cafferata told The Nevada Independent. “But I think … we really just, for the long-term health of the economy, need to help folks get back to work.”

A small State Extended Benefits program serving fewer than 100 people ends this coming Saturday, leaving only the regular unemployment benefit program running, and even then only offering beneficiaries a maximum of 26 weeks of assistance.

The cutoff comes as Nevada’s economy has improved — the number of people on the unemployment rolls is fewer than half of the well over 300,000 it was during peak weeks earlier this year — but the state continues to have the worst jobless rate in the nation at 7.7 percent in July. About one-third of the jobs the state lost when the pandemic hit have not come back, according to DETR.

Voices on all points of the spectrum acknowledged that the benefits cliff could be difficult for the more than 148,000 people who were claiming benefits as of Aug. 21. Amber Hansen, an administrator of a large Facebook group that supports PUA claimants, said there’s pervasive fear among members of her collective.

This portion of the article is shared as part of our collaboration with The Nevada Independent. This story was originally published on September 6, 2021, and written by Michelle Rindels.