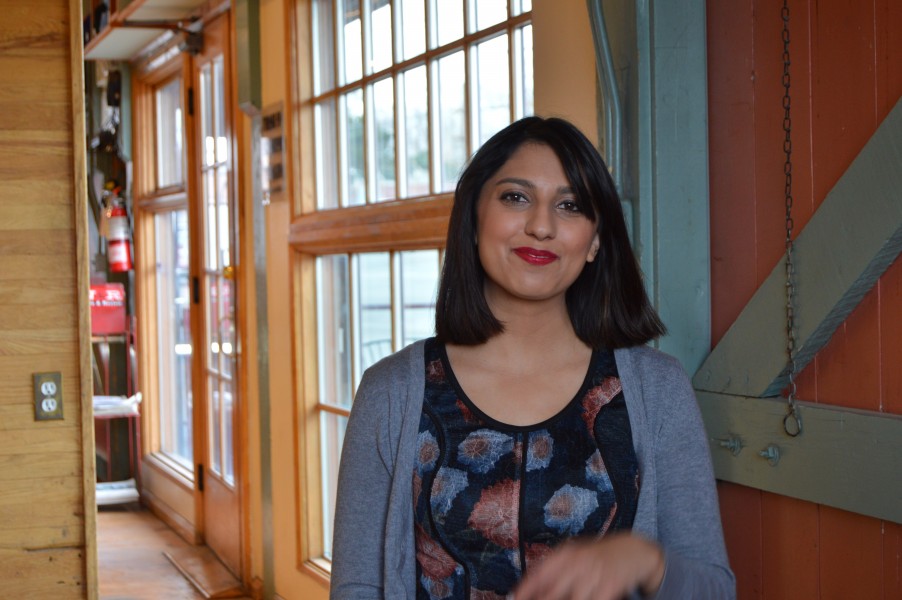 Hawah Ahmad is a UNR graduate and the president of Young Democrats of Nevada.

In 2009, when most people her age were losing their minds over Taylor Swift or Taylor Lautner, Hawah Ahmad was head over heels for a pop icon of a different sort. At the age of 16, the stars in Ahmad’s eyes alighted not for movie star sheen or pop star chic, but for political prowess.

“I saw Joe Biden speak for the first time, and I fell in love,” said Ahmad.

That brush with Biden stirred civic inklings within Ahmad, now 23, who went on to volunteer with The Park House in her senior year of high school. The Park House is a Reno program designed to help homeless and transient youth between the ages of five and 18. Her experience with the organization further changed the way Ahmad saw the world.

“You’re essentially giving a free summer camp to children that can’t afford it, and working with those kids really did change my outlook since their day-to-day life was really mind boggling to me,” said Ahmad. “I ran that program for two years, and by the second year, I integrated more with training and goal oriented kind of discussions and you really get to learn more about these kids and what they’re going through and that really made me a solidified Democrat.”

As her ideology developed, Ahmad found herself drifting away from the beliefs of her conservative family. Rather than pushing them apart, their differing views actually served to foster discussion.

“I definitely argue with my father a lot and with my uncle when he’s in town, but it’s opened their minds up to where they have to look at the left now; they have to be able to discuss things from both sides,” said Ahmad.

After high school, Ahmad enrolled at the University of Nevada, Reno, where, in 2012, her political enthusiasm led her to the campus chapter of the Young Democrats of Nevada. She eventually became chapter president where she worked with the university’s Campus Republicans to spearhead a bipartisan voter registration drive. The magnanimity that guided Ahmad to seek a partnership with her political rivals also shapes her feelings on the way politics are discussed in the media.

Instead of looking at the things that can get more readership, you look at the news itself, give both perspectives, and then have it develop its own readership after that. Especially because as people’s education goes up, they will be looking at both sides of the story,” said Ahmad.

Upon graduating from UNR, she took a job in a law office and became the statewide president of Young Democrats of Nevada in 2014.

“My opinions are not just mine anymore,” said Ahmad. “When I meet with someone, like the media or anything like that, I have to always remember that I represent an organization and I represent young people, and my entire purpose is to make sure that young people can have the same, like, opportunities and voice their opinions as much as I can.”

In giving young people a voice, Ahmad has often had to silence her own. She did not participate in the Democratic caucuses on February 20, though she did run the university’s caucus location.

“Essentially I have to take a step back and look at the numbers and look at what other young people are saying is an issue to them,” said Ahmad.

Among those issues are women’s reproductive rights, social justice reform, the legalization of marijuana and student debt. The passion with which her contemporaries engage with those issues is a source of encouragement for Ahmad.

They don’t see politics through rose colored glasses, they see politics for what it is,” said Ahmad. “But they see there is a potential in politics where you can do some really great things.”

Still, being so invested in the world of politics can take its toll.

“Being as involved as I am, you see a lot of things that kind of make you more jaded,” said Ahmad. “So it is definitely very difficult to wake up every day and still want to participate and still want to continue on doing it, and so you kind of have to find motivations in places that you normally wouldn’t be motivated by.”

The Young Democrats of Nevada, under Ahmad’s guidance, will start a voter education drive at high schools across the state in May and will begin making calls to inform youth voters about Nevada’s June primaries.

From voter registration drives, to running caucus sites, to debating her family on the issues of the day, in a world where political apathy seems to run rampant, Ahmad is definitely an exception.