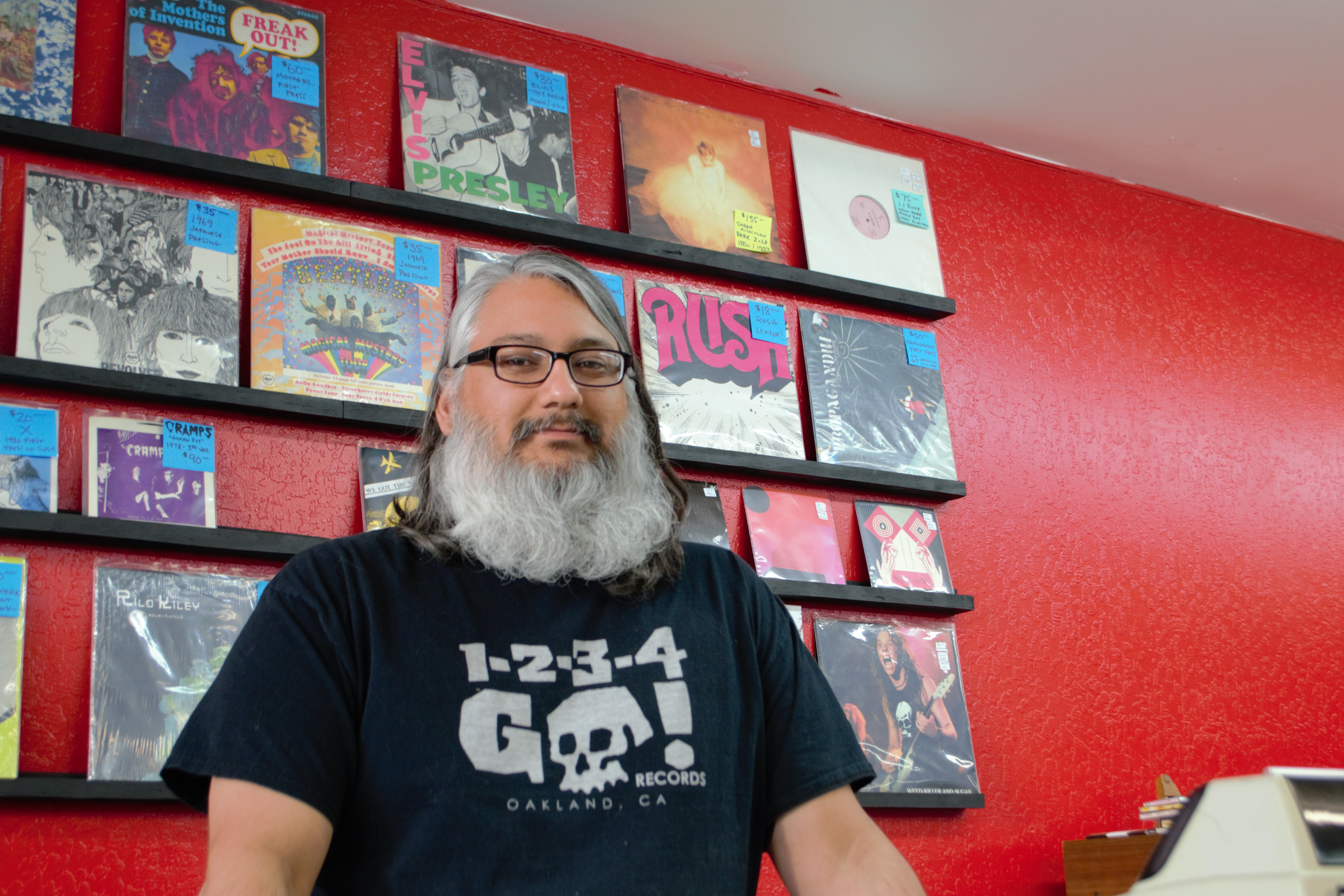 Between the U.S. Bank and Marketon supermarket on Wells Avenue sits Spectre Records. The modest building has a classic neon sign which reads “open” and a myriad of concert posters in the window. Inside, aisles of records are neatly categorized and behind the counter stands Gabriel Torres, the 40-year-old owner of the store.

His passion for music started when he was young. While his parents were not musicians or music collectors, Torres developed a love for music from what he heard on the radio, though his passion has not always paid the bills.

Just after graduating high school, Torres started working as an audio engineer and camera operator at KOLO-TV in Reno. “I enjoyed music and video and wanted to find a way into working creatively with both of these,” he said.

Most recently, Torres worked at News 10 in Sacramento, California as a broadcast director and production engineer for more than seven years. In Sacramento, he and his wife Michelle attended record swaps (or exchanges) to exchange their duplicate and unwanted records for new vinyl.

As his record collection grew, he realized in 2013 his job at News 10 was no longer a good fit for his lifestyle. “Television news never provided the creative outlet I hoped for and the move towards automation in broadcast production made the job less fun and more stressful.” He also wanted to be his own boss.

His solution was to open his own record store in Reno, solving two dilemmas at once.

Torres is currently focusing his efforts on establishing his store’s reputation in its Wells Avenue location, which has only been open since December of 2015. Previously, Spectre Records was located on Center Street. He and his wife chose to move in order to be closer to the Midtown District and the Holland Project, a venue dedicated to young people passionate about music and art.

Torres and his wife hope to provide a high quality music selection so that someday they can hire employees, offer more new release records, and add an art gallery to the store.