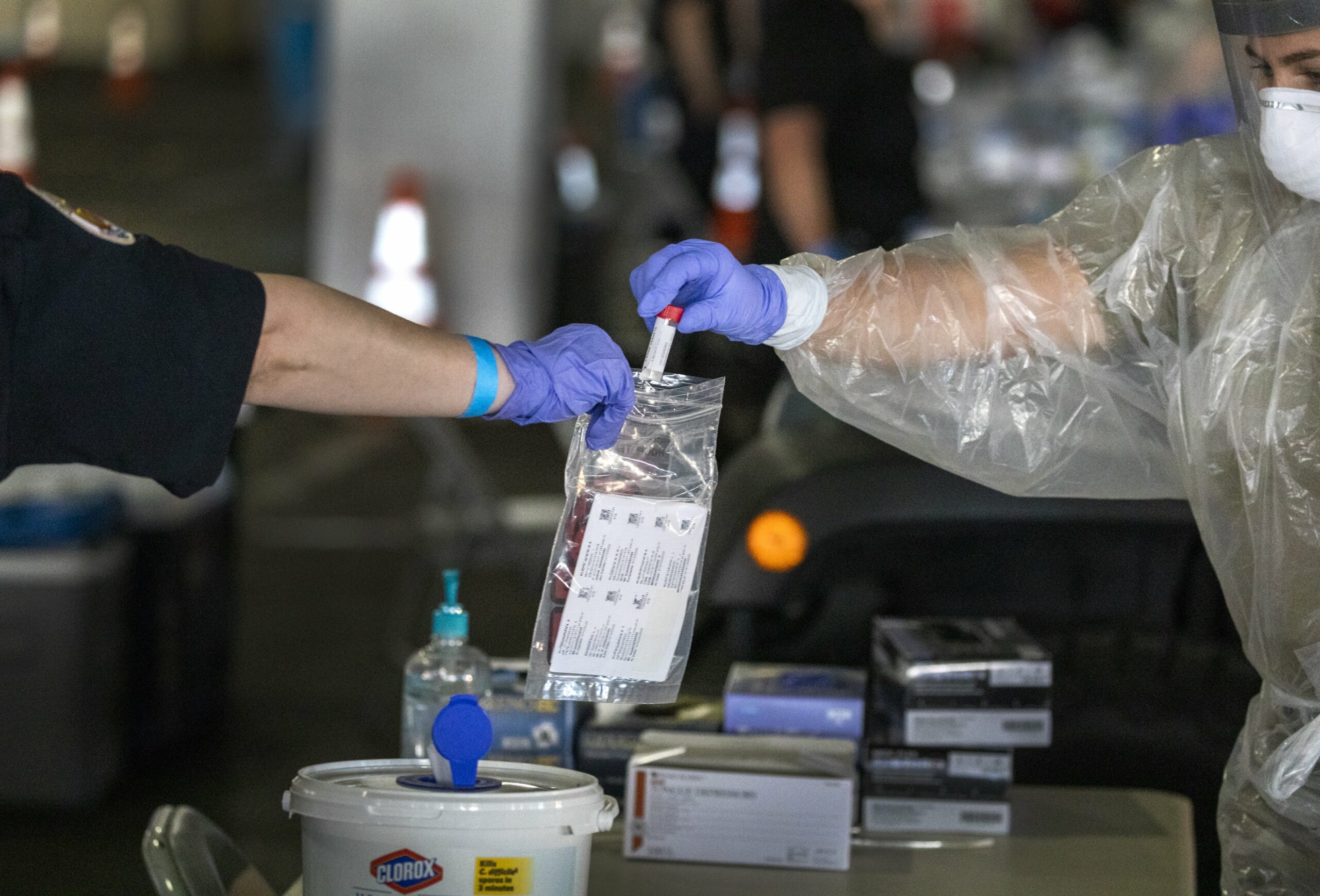 A member of the Nevada National Guard places a swab sample in a bag after performing a COVID-19 test at the Orleans on Wednesday, May 13, 2020. Jeff Scheid/The Nevada Independent

What’s behind the rise of the BA.5 variant and what comes next?

As the latest and most transmissible COVID-19 variant, BA.5, spreads rapidly through the U.S. and Nevada in what has become the sixth wave of the pandemic, experts say that low vaccination rates have contributed to the continual morphing and spreading of the virus.

Infectious disease epidemiologist and UNLV School of Public Health assistant professor Brian Labus said failure by the U.S. to reach an estimated 80 to 90 percent vaccination rate among the population needed to achieve herd immunity, or population-wide protection from COVID-19, means the virus is here to stay.

“Initially, we thought about how to get everyone vaccinated against the strain that was there. It was a short-term, temporary sort of thing looking a year or two ahead, just saying, this is the initial response,” Labus said. “Now we have to change our mindset and think about how we live with this virus.”

BA.5 is a subvariant of the Omicron variant created through random mutations that take place when a virus copies itself moving from person to person. The mutations are like typos in a virus’ genetic code, Labus said, noting that mutations are a natural part of the life of any virus and happen all the time. Sometimes the mutations can benefit the virus, allowing it to better evade immune systems, more easily spread from person to person and potentially become the next dominant strain.

The world is experiencing new COVID-19 variants every two to four months, UNLV Kerkorian School of Medicine Professor Edwin Oh told The Nevada Independent. Oh manages a wastewater surveillance program monitoring variants of concern in Southern Nevada. Though the conversation today is centered on Omicron variants BA.4 and BA.5, he said he would not be surprised if that focus shifts to a different variant within the next few months.

“Because travel has picked up so much and the differences in vaccination rates in different countries, we’ve seen these variants move from different parts of the world to where we are and have a slightly different impact,” he said.

This article was originally published on July 15 and written by Tabitha Mueller and Naoka Foreman, and shared with Noticiero Móvil thanks to our partnership with NV Indy.