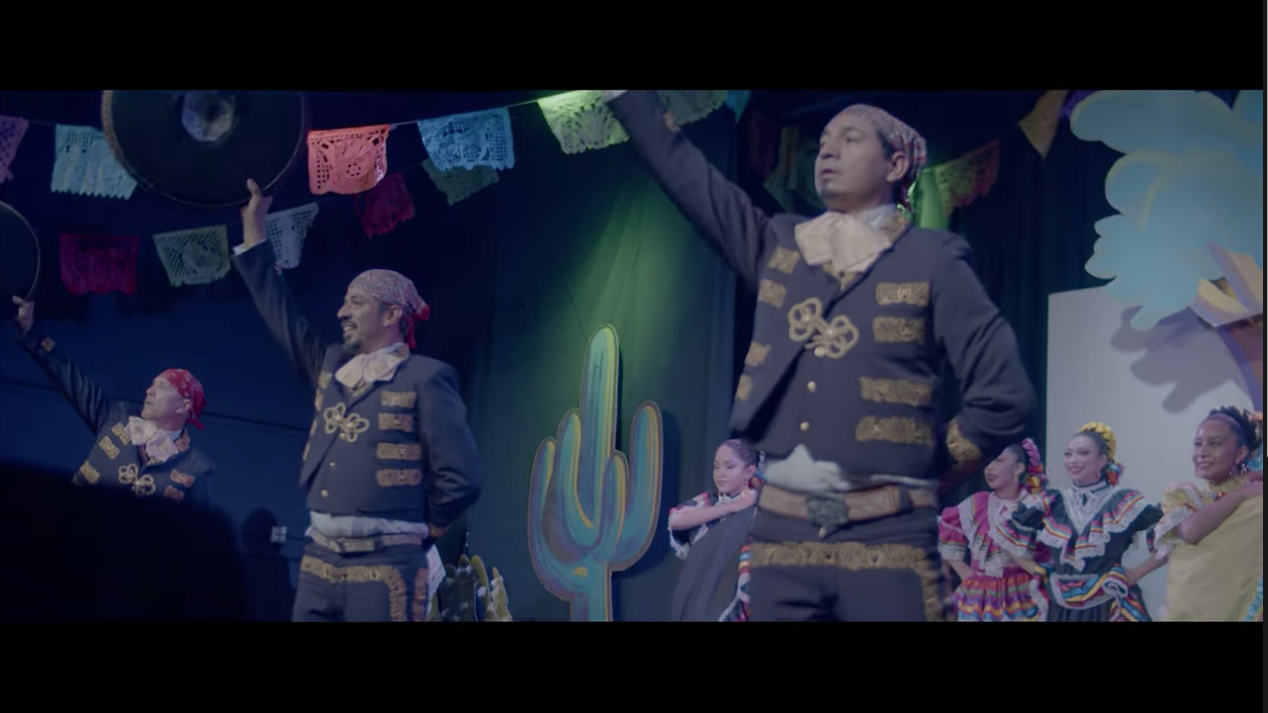 El Alma de Mexico, a documentary that debuted publicly at the 2021 Student Documentary Film Festival on the campus of the University of Nevada, Reno (UNR) last December, for the first time on film showcased the Ballet Folclórico Internacional de Reno, according to its artistic director.

“Thank you so much for taking all of this time to film us,” said Mariano Lemus, at the conclusion of the screening about the dance troupe he founded in 2009. “We really appreciate that you documented our hard work.”

Throughout the documentary the audience gets a chance to observe intimate backstage scenes in preparation for a performance. Dancers are shown in the practice studio, in the dressing room, as they rehearse for the big performance, and of course on stage at the Good Luck MacBeth Theater in late September 2021, with all the intricate and beautiful details of the Mexican cultural dresses and costumes for the show.

However it is through the in-depth conversations with Lemus, who immigrated to Reno from Mexico at the age of 17, that we learn what motivates and influences him to create this beautiful and well-executed choreography.

In addition to Lemus, two other dancers in the troupe were also featured in the film: Miriam “Mimi” Mina and Anastacio “Tacho” Medina, the costume designer.

“I came with my parents’ culture from Mexico,” Medina said in the film. “They taught me a lot of things, such as how to use sewing machines and how to create Aztec costumes and different types of artwork.”

According to Mina, what Lemus is doing with his theater and dance groups is about a lot more than just performances.

“I feel like Mariano has done a lot for the community, not just as a teacher, but as a leader. He has helped other people spread the word about our culture,” Mina said, concerned that the younger generations don’t know about their traditions. “He is spreading the word and putting our culture out there, not to be forgotten.”

For the student filmmakers, some first and second-generation immigrants themselves, felt the necessity to try and help Lemus preserve his roots and share his culture.

“I would definitely say that the inspiration to create this film was to share the voices of the Reno Latino community,” said Kennedy Vincent, a student producer on the film, who hails from the Caribbean nation of Trinidad and Tobago. “I do feel like it’s hidden at times and it’s a bit drowned out by everything else that is going on.”

Film director MaryGrace Young, whose family comes from the Philippines and the U.S., described some of the obstacles, including the pandemic, to filming such a fast-paced and complicated story.

“There were many challenges and obstacles that we faced. Going into this, we did not know what to expect,” Young said. “The first few days of filming were mostly getting a feel of how they danced, studying how they moved and being able to capture that effortlessly on film.”

Another challenge that Young mentioned was the fact that none of her team spoke fluent Spanish going into this project. However language was not a barrier in getting to know the people featured in the film and who opened their lives up to the crew.

The film received much praise at its initial public showing, winning the Audience Choice Award at the film festival.

“For us it is an honor to have worked with you. You are helping us to achieve our goals,” Lemus said in his final remarks. “To get our productions out there and to show everyone our shared humanity. You have documented that which we love to do!”