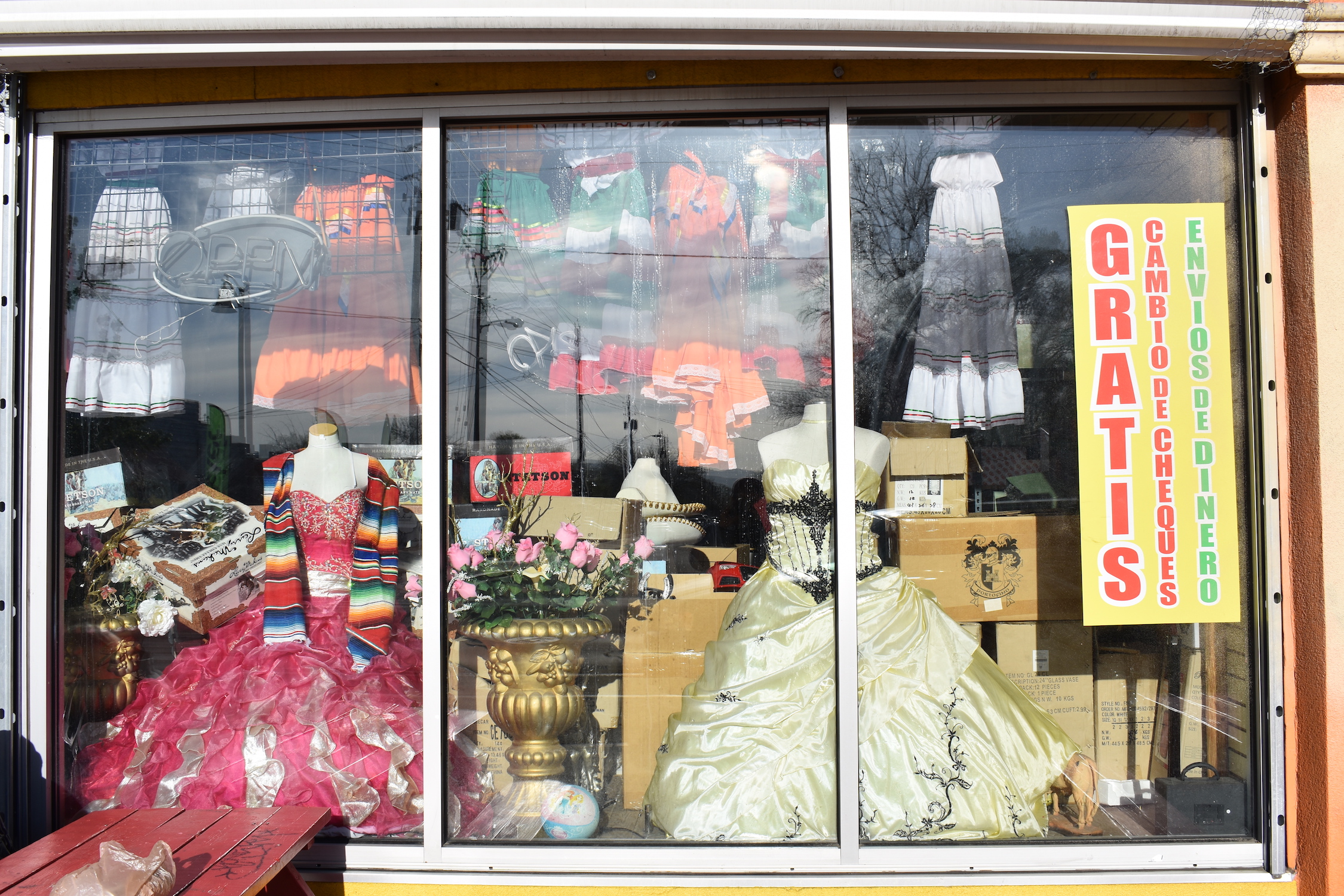 “Vamos a chismear!” means “let’s gossip” and is a phrase that might be overheard in an abuela’s kitchen when she picks up the phone and begins a conversation with an old friend.

The chisme itself could be overheard in a taqueria between two chismosos sharing a meal, and it could likely be heard up and down Wells Avenue in Reno, Nevada, a barrio known for its Hispanic shops and restaurants and located in a zip code with a 42 percent Hispanic population. However, more likely than all that, it could be heard and read on social media. 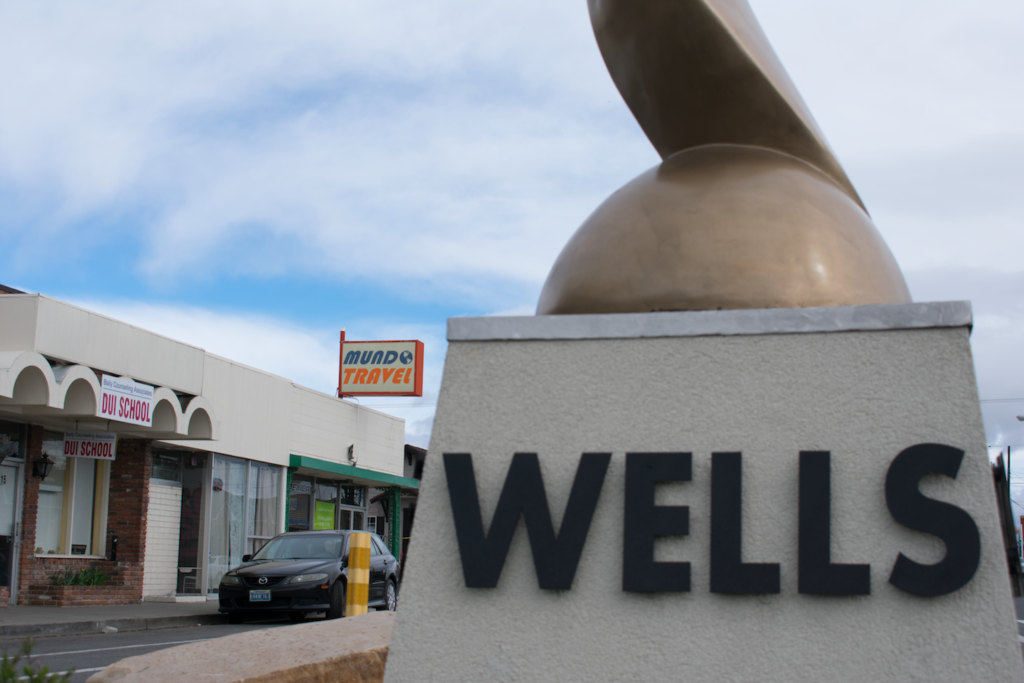 Wells Avenue in Reno, Nevada has become known as the heart of the Latino community in the city. However, it was not always this way and it is undergoing rapid changes. CREDIT: Ruben Kimmelman

Social media is home to a lot of chisme, or gossip — or, as some may say, “fake news.”

A recent study published by Science Magazine in March and conducted and authored by researchers at MIT titled “The spread of true and false news online,” found that falsehoods spread “significantly farther, faster, deeper, and more broadly than the truth in all categories of information” online.

Social network theorist and communications professor at the University of Nevada, Reno Dr. Gi Woong Yun said this is because false news stories are more novel.

“It’s something that feels new and strange, and it’s sensational,” Yun said.

Not only is novel information more new, strange and sensational, it is also perceived as more valuable. According to the MIT study, it “provides the greatest aid to decision-making” and “it conveys a social status,” showing that one is “in the know” or has access to “inside” information.

According to Maria Perez, who owns Las Palomas Bakery and Taqueria on Wells Avenue, the immigrant community around there has felt on edge since the election of President Donald Trump.

“He’s all the time saying that he’s going to deport everybody who’s not legal,” Perez said.

When anxieties are high, according to Yun, the perceived consequences of not believing are also high, and this contributes to the speed, depth and width of the spread of false rumors . So, even if only 10 percent of the rumors happen to be true, the consequences of not believing and publicizing one of them could be dire for a community where livelihoods are at stake, and so they are spread more quickly.

Yun compares the situation to a plane crash.

They cannot sleep, they barely eat, they have so much anxiety and stress– it’s been so stressful for them,” she said. 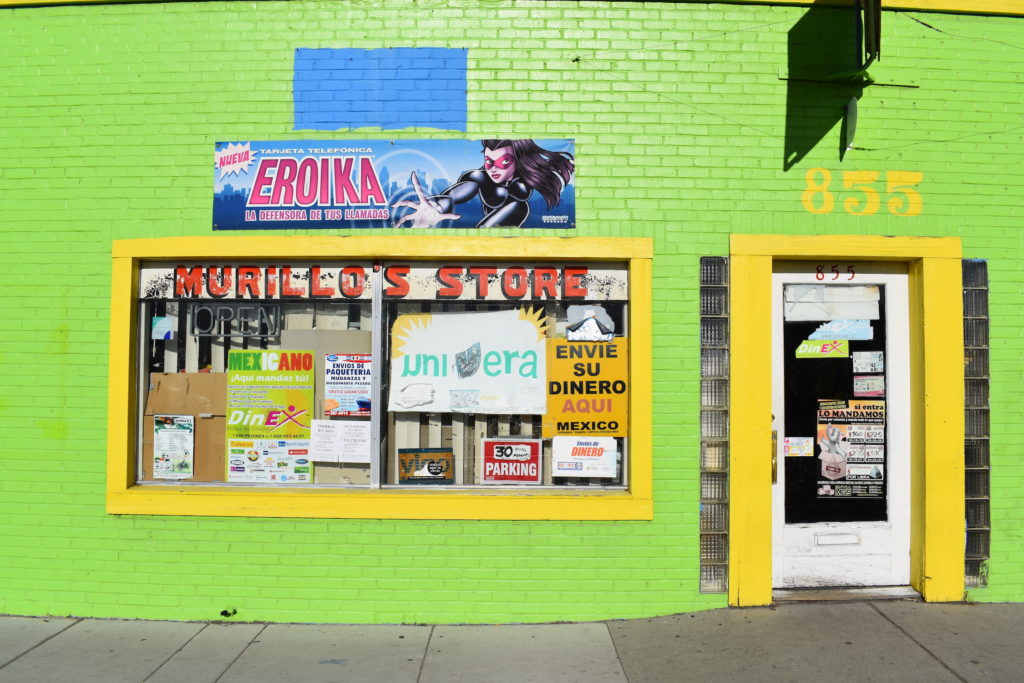 Alejandra Hernández Chávez is a community organizer in Reno that focuses on immigration issues and recently has tried to develop a response network to assist those targeted by ICE for their undocumented status. She relies on community members to call her and report if they think they might have witnessed an ICE target or if they think they are privy to a potential target. She said that about 80 percent of the calls she receives about ICE targets turn out to be false.

However, she doesn’t just hear the rumors on her phone, she sees them on social media as well.

“I think social media is a big one now because anybody can take a picture of a big white van and say it’s ICE on Wells,” said Chávez.

While Chávez says anyone can take a picture of a van and post it to Facebook, Perez says that pictures and videos are the things she actually looks for in a social media post to verify its legitimacy.

She extends this advice to her employees, many of whom she said are Salvadorian and under TPS, or Temporary Protection Status, which was not renewed by President Trump and is set to be terminated on Sept. 9, 2019, according to the U.S. Citizenship and Immigration Services website.

Certain immigration attorneys have told Chávez that ICE does not have the capacity to do raids in Reno, but she is unsure if this is true. She said this doesn’t stop the the undocumented community from feeling the fear.

If you see that all over the news, in small towns in California or places in Arizona or Nuevo Mexico, and you’re in that same situation, it just heightens your fear, because are you safe in your small town in Nevada?” she said.

Many people who report ICE targets call because they see an ICE vehicle in their neighborhood. However, according to Chávez, it is not necessarily that uncommon to see a vehicle because ICE has a office in Reno that many aren’t aware of.

“It’s not that uncommon to see a car because they still do random business,” she said, adding that the office is “huge and unmarked” and on 6999 Sierra Center Parkway. 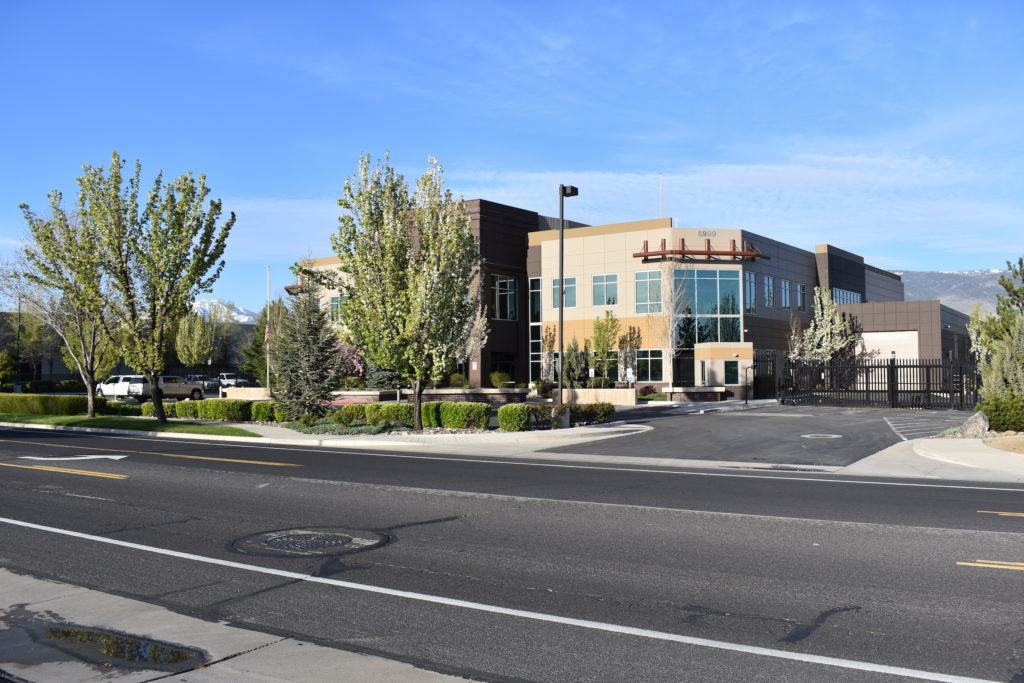 6999 Sierra Center Parkway is the location of the ICE office in Reno, Nevada. The building is entirely unmarked and no officially marked ICE vehicles are parked around the the building, however, an ICE officer was seen going in and out of the building.

While Chávez said that most rumors turn out to be false, she still wants to hear all of them.

“I like to know if people even think if they see something,” she said.

Some people unknowingly create false rumors regarding ICE raids, but according to Perez, some rumors are started deliberately.

“Even in our community, there might be one person that doesn’t like another person, and they just start, you know, trying to make them scared,” she said.

Yun, Chávez  and Perez all agreed that this is a difficult issue to address.

According to Yun, legitimate information is quite limited because people are afraid to come out and tell their stories regarding immigration issues. In addition to this, and perhaps because of this, there is a lack of media coverage, and so the void is then filled by false reports.

His suggestion to the community in Reno is too develop strong leadership and a strong network to vet information. He calls this “social capital.”

Chávez said people can call the organization she works for, ACTIONN, or Tu Casa Latina, a non-profit geared toward helping  immigrant victims of violent crime in northern Nevada,  to help verify information.

“I always feel a need to provide a space for a voice for undocumented people because that is what I saw missing 100 percent when I was in that situation,” she said. “And so that is what — in the personal work I do and in my professional work — t I strive to provide, because it’s much needed, especially in an area like Northern Nevada.”

As somebody who has owned a business on Wells Avenue in Reno for 14 years, Perez is beginning to feel helpless when it comes to relaying accurate information to her employees, customers and community. She said they are in need of a source of information they can trust, but sometimes even that isn’t enough.

“When I see a video of the apartment complex that turned out to be true, what am I going to say?” she said. “I see people raising their kids and trying to do as much as they can do, but there’s nothing, nothing for them.”