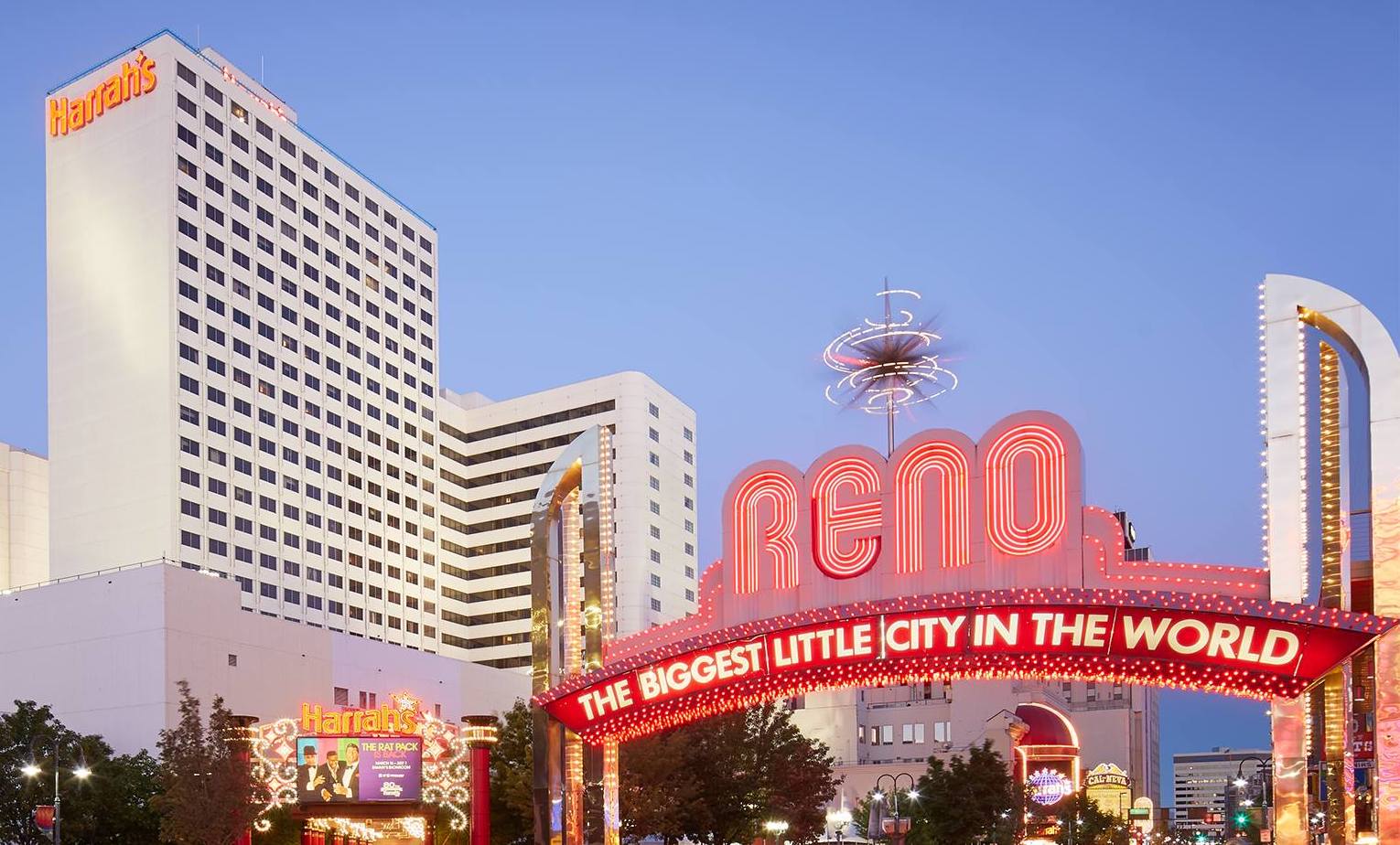 The Harrah’s Reno Hotel and Casino was the first in the well-known hospitality franchise. Credit: Harrah's/Facebook

On January 15th, Caesars Entertainment Corporation, announced through a press release the sale of one of the oldest casinos in the city of Reno, Harrah’s Reno Hotel and Casino. After more than 80 years of activity, its operations will end at the end of this year.

The casino’s presence in this northern Nevada community has been part of the history of Reno’s “golden” gambling and entertainment era. Following the sale of Harrah’s to buyer CAI Investments for $50 million, the city, better known as “the biggest little city in the world,” will experience the remodel of a structure that while today is still a casino, will be completely transformed.

It will no longer have gaming tables, money machines, or Carvings Buffet with its delicious crepes. Objects and memories that have been part of the life of the inhabitants of this city will also disappear with the closing of Harrah’s.

Another important thing that will disappear now that Harrah’s been sold are its employees, many of them Latinos. The news of the sale, like for many people in the Reno community, took them by surprise. Several of the employees, after hearing various rumors and versions, only imagined a mere remodeling of the buildings, remodeling that for many of them was necessary.

But after reading the articles published by the Reno Gazette Journal and The Nevada Independent on Jan. 14, and a day later seeing the confirmation of Caesars Entertainment in the press announcement, those suspicions turned into great uncertainty of what will become of the employees after the casino closes its doors.

Alejandro Bogarin, an employee who has worked for eight years at Hash House a Go Go, one of the restaurants that operate inside Harrah’s, reacted to the news: “You are sure you are in a job and suddenly you wonder where I am going to go?”

“The first few days were difficult,” he said. “For me it’s my source of employment. It makes me sad because there are a lot of employees here who have worked here for more than 30 years and I think it’s much harder for them than it is for me.”

The feeling is widespread among many of the employees. There is uncertainty about the future.

“It was a shock for all employees because no one expected this,” said Daniel Gacial, another Hash House a Go Go employee. “We expected the El Dorado company to buy it and that they were going to renovate it and we were going to stay here.”

Since they’ve lost hope of staying, the employees now have to find another job before the official closing of the casino. Sources consulted by Noticiero Móvil said that the workers should soon be receiving their official letters of termination of employment with details about any corresponding severance.

What is certain for the community is the big change that will occur in the city center, in its urban configuration, and, fundamentally, in the lives of the hundreds of workers who’ll lose their jobs with the sale of this symbol of Reno’s history. –CC