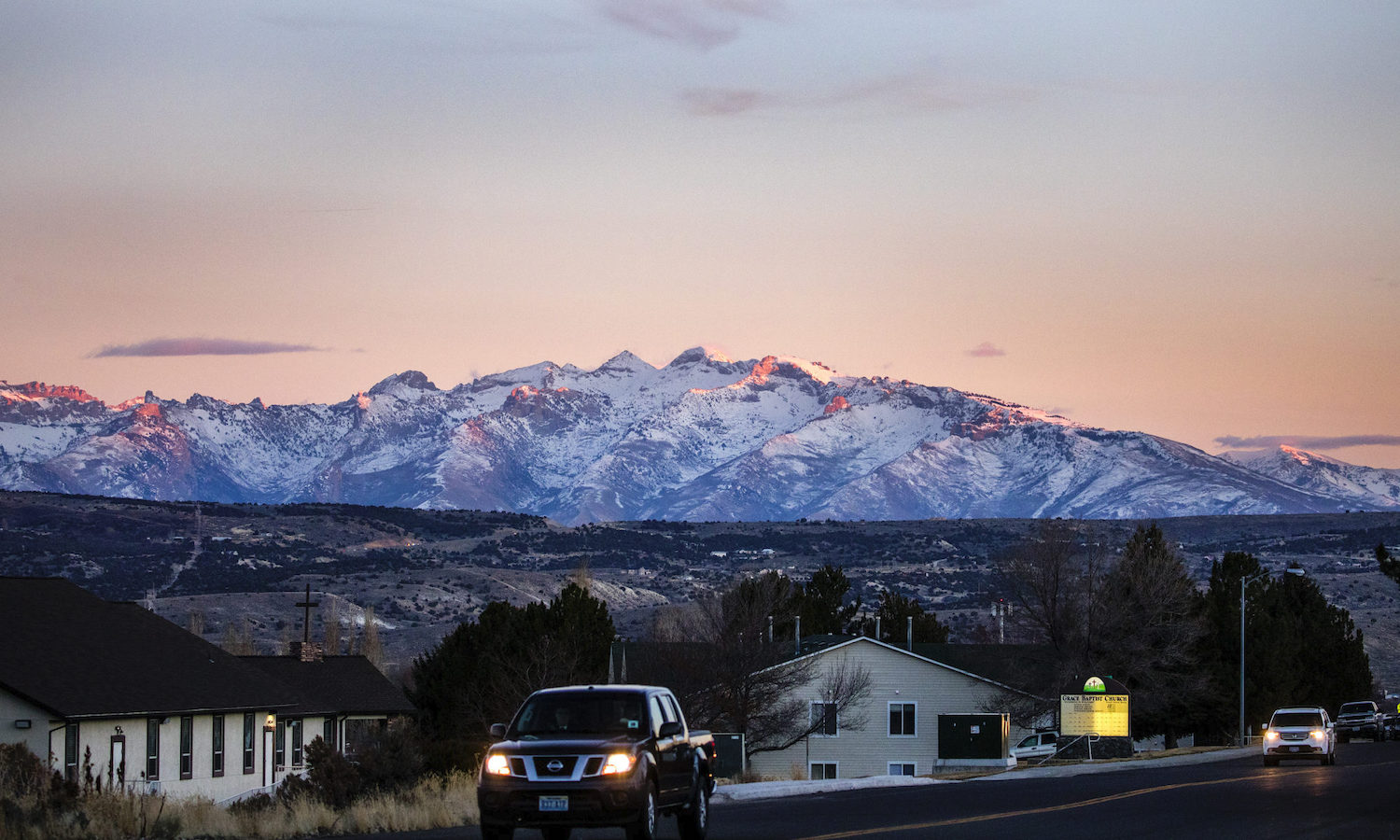 A sunset view of the Ruby Mountain is seen from Elko on Tuesday, Feb. 6, 2018. Jeff Scheid/The Nevada Independent

Eloisa Mendoza, who leads Elko Hispanic Services, is accustomed to steady, slow work days in her office, where she assists Latino immigrant community members with their immigration paperwork and translation services.

That quickly changed in 2018 when community members began to flood her office with concerns that their federal immigration documents, such as permanent residency cards, visas and work permits were not arriving in the mail. People from Elko, Spring Creek, Lamoille, Battle Mountain and West Wendover were reaching out to her for help.

“It was a nightmare, it really was,” Mendoza said.

It also appears to have been intentional.

As they looked into the matter themselves, community members and Mendoza identified a common thread by using shipping tracking numbers — the federal documents had reached the Salt Lake City, Utah post office but were never delivered to the Elko post office.

This portion of the article is shared as part of our collaboration with The Nevada Independent. This story was originally published on Thursday, Aug. 13 and written Jazmin Orozco Rodriguez.