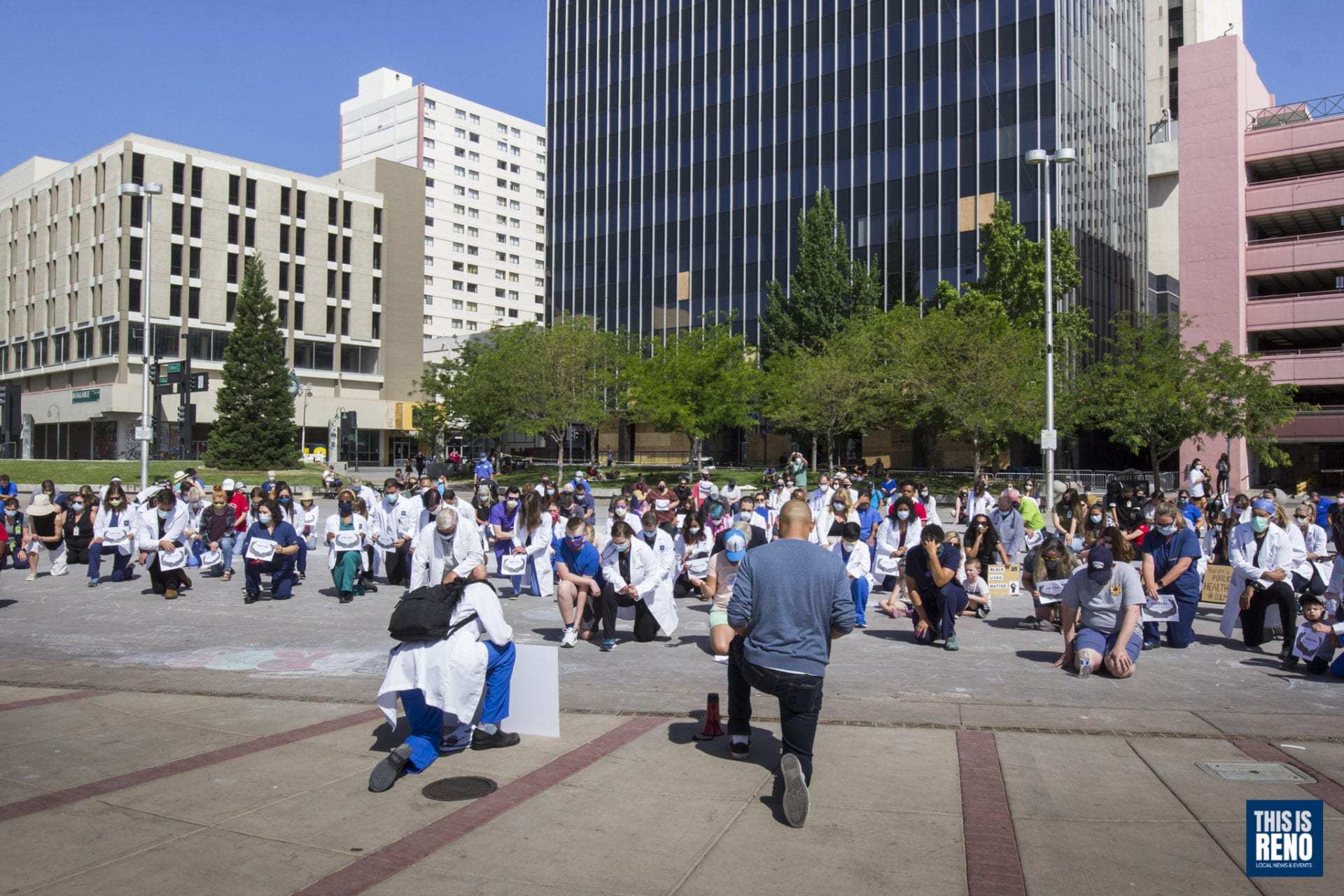 Early on in the pandemic, many called COVID-19 a great equalizer, a virus that affects rich and poor, white, Black and brown people alike. New realities have come to light suggesting that while anyone might be infected, based on race, class and in certain cases, gender, the outcome of the disease will be vastly different.

Published earlier this month, a report by the Kenny Guinn Center for Policy Priorities, a data-driven bi-partisan policy organization, has pointed out the disproportionate hurdles people of color face during this ongoing global pandemic.

Researchers from the Guinn Center extensively studied data from Washoe County, Clark County and the Department of Health and Human Services. They found some clear indicators of the situation.

Nancy Brune, executive director of the center, explained to This Is Reno in a phone interview how COVID-19 has devastating outcomes for communities of color.

A larger number of whites are insured compared to people from communities of color, “which could mean access to early detection and prevention treatment,” said Brune.

In contrast, African Americans have the highest hospitalization rate, at 216.9 hospitalizations per 100,000 population, nearly double the rate of whites.

Read the entire article at This Is Reno.

This portion of the article is shared as part of our collaboration with This Is Reno. This story was originally published on September 16. It was written by Sudhiti Naskar.