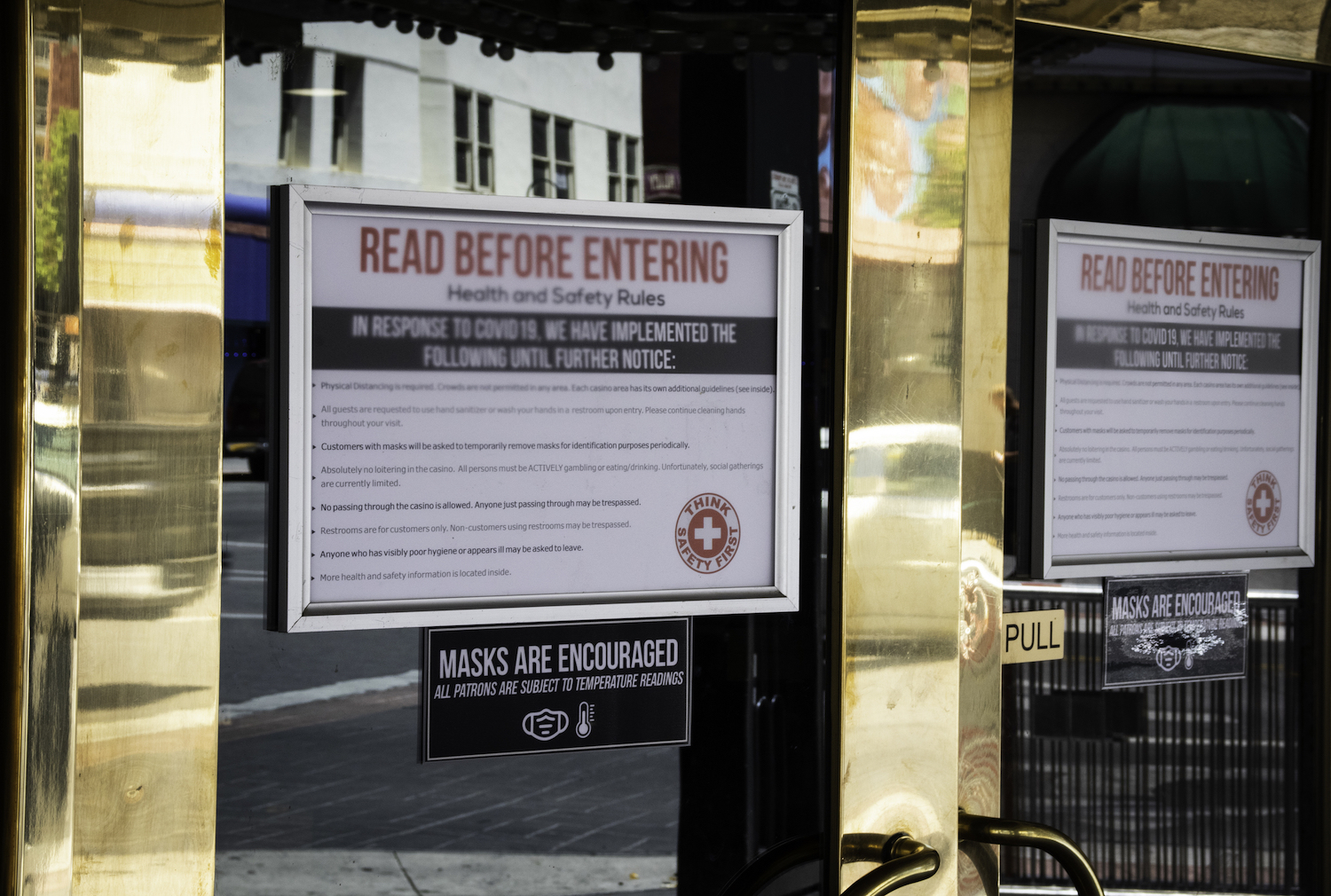 Signs on the doors to Club Cal Neva in downtown Reno notify visitors of the casino's new health and safety measures. The Nevada Gaming Control Board does not require that casino visitors wear face coverings. Benjamin Payne/KUNR

Gamblers can once again try their luck in Nevada, as casinos across the state continue reopening under 50% maximum occupancy, but its workers are still concerned about safety due to the COVID-19 pandemic.

She’s the secretary-treasurer of the Culinary Workers Union, which represents about 60,000 tourism and hospitality workers in Nevada.

She says even as casinos begin to reopen, there’s a lack of transparency about safety plans for workers. The state’s Gaming Control Board is requiring companies to submit safety plans for approval, but those are kept confidential. Companies can share them with the public, but only if they want to.

Argüello-Kline says these plans shouldn’t be kept secret, because they can mean life or death for workers on the front lines of Nevada’s tourism industry.

The Gaming Control Board says that state gaming law keeps these documents private, and that the board does not have the authority to waive their confidentiality.

This report is in partnership with KUNR. The story, written by Benjamin Payne, first aired on June 5 on KUNR.org.