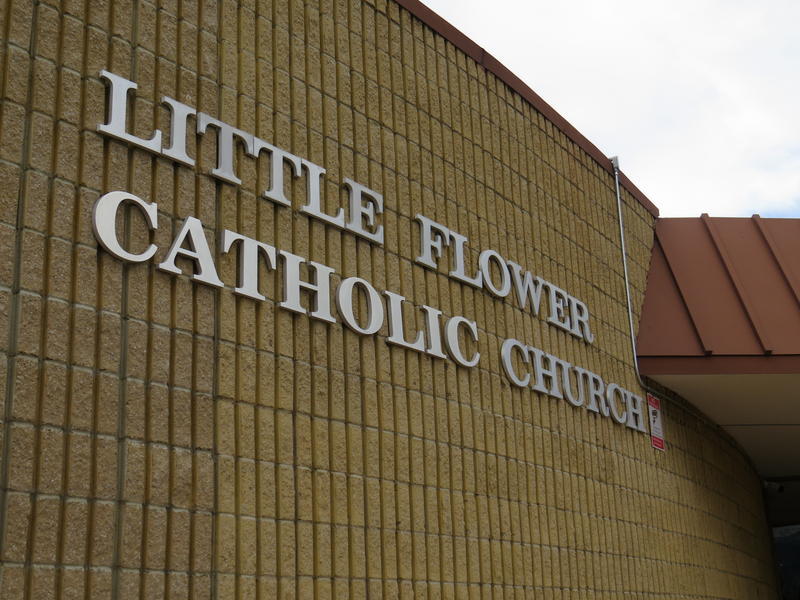 Paul McCollum is the pastor at Little Flower Catholic Church in Reno, which serves English- and Spanish-speaking communities.

While reporting on a vaccine clinic being held there, KUNR’s Natalie Van Hoozer spoke with McCollum about how the church and parishioners have been impacted by the pandemic.

Natalie Van Hoozer: As a priest, how has your work been impacted by the pandemic?

Paul McCollum: Well, since the church reopened mid-June last year, it’s been kind of exciting to see people slowly come back, but it’s also been a bit challenging. Some of our elder members who have health issues or have a perception that they might be at risk, they’re still afraid, even to now, almost a year later. So some of them may not come back; it’s very sad. Some of them may come back very, very slowly.

And of course, because Catholic churches are donation-driven, when people are not attending, their tendency to donate goes way down. So it’s been very challenging for most of our parish, including this big parish, to manage financially. So we’ve been doing everything we can to encourage people to come back to worship, to come back to service, to come back to mass on the weekends, to participate in different ministry groups, but also to come back and contribute so that we can make sure we don’t lose any of our ministry, lose any of our staff, or have to make any of those difficult, difficult budget decisions to make sure that we keep the churches open. So it’s been challenging, been challenging.

Van Hoozer: How has your congregation responded to and fared during the pandemic?

McCollum: As it’s been a challenge for me, as a Catholic priest and as a pastor, it’s been very challenging for them as well. Overall, especially initially when the churches closed and there was so much lack of information about the virus, how long we’re going to stay under these restrictions, I think people were very confused. There was a lot of instability in people’s emotional and psychological states. Then as we kind of settled in with certain restrictions, at least we knew where we stood.

Most people settled a little bit, but we’ve had a number of deaths. So it’s been very, very hard on people. As well as, I think, some of our young people. Our teens and our young people, they like things to be stable and the same, and the whole world seemed to be upside down at a certain point, and I think that emotional and psychological instability has been very taxing and very tiring on a lot of people.

Van Hoozer: Are there impacts of the pandemic that you’re seeing that are unique to the Spanish-speaking community?

McCollum: It’s a very good question. I think, as the national news has reported, that the Hispanic community has been, in some ways, more resistant and may be lacking some information about the vaccine and about the virus in general. And I think specifically my experience here with a number of parishioners and even staff members and volunteers is that because of the types of industries and work that they do, they’ve been hit harder. They are many of the service industry workers, and so they don’t get a break. They’re working, they’re putting themselves at risk. When there was the closure because of many of the casinos and other places where they worked, they were just told there’s no work for this month, for next month. So economically, it’s been very hard for many of them.

The good news is that many of those same folks who are struggling economically have been very faithful. They’ve been the ones who have continued to support the parish, to come to service, to come to mass, to bring their families to church. So our Hispanic masses, the attendance has clearly been increasing week by week, especially in the last few months. And so they are definitely coming back to home, to church, to the sacraments to receive Holy Communion. So that’s very encouraging to see.

This story was produced in partnership with Noticiero Móvil with support from the Solutions Journalism Network.

This story was written by reporter Natalie Van Hoozer for KUNR Public Radio.