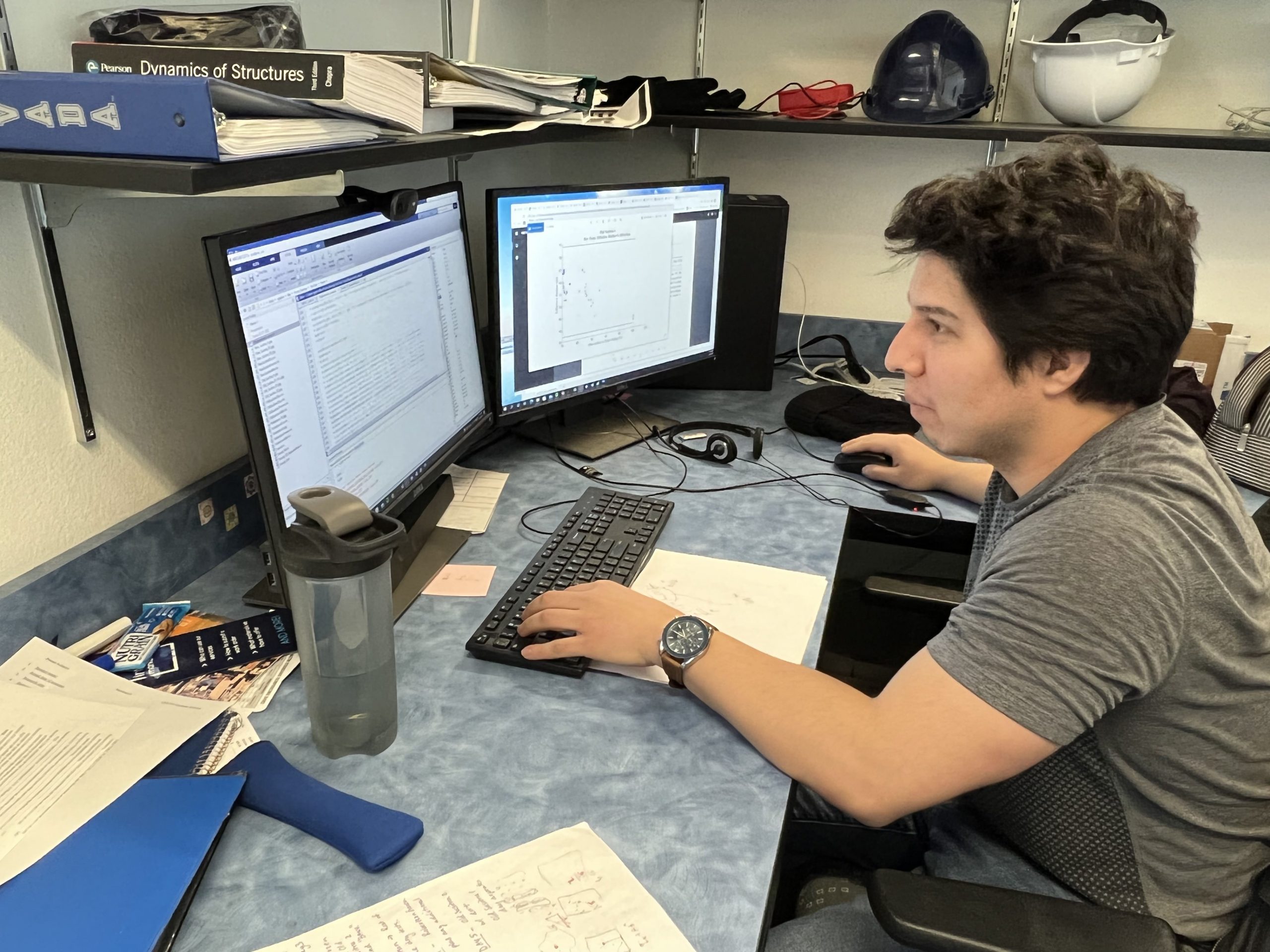 A Ph.D. student in the Department of Civil and Environmental Engineering at the University of Nevada, Reno, is investigating how ice and water affect friction pendulum bearings. Photo: Maria Palma.

Most large structures, such as bridges, are protected from earthquakes by seismic isolation bearings, but in some parts of the country, such as Alaska, temperatures remain below zero most of the year.

A Ph.D. student at the University of Nevada, Reno, is trying to find out whether water or ice could change how well the building protections work.

“Nobody has ever tested ice effects on these devices,” said UNR graduate student Rolando Grijalva, who is currently researching the effects of water and ice in certain types of bearings.

“What these devices do is that you put them in the base of the building, so basically the building moves all together, you don’t see this kind of sweeping,” said Grijalva.

Over the past few years, there have been several reports on water-contaminated Friction Pendulum System bearings across the country. For example, the Alaska Department of Transportation and Public Facilities reported water contamination in several structures, like the Susitna River Bridge, Nenana River Bridge, and Robertson River Bridge.

Grijalva found that although there is more experimental work to do, water and ice do affect the performance of these type of bearings in some way.

Grijalva said that one of the suggestions would be to start considering how anti-seismic devices can change their performance in different climates. In fact, he did not rule out the possibility that in the future construction companies will start using heated bearings.