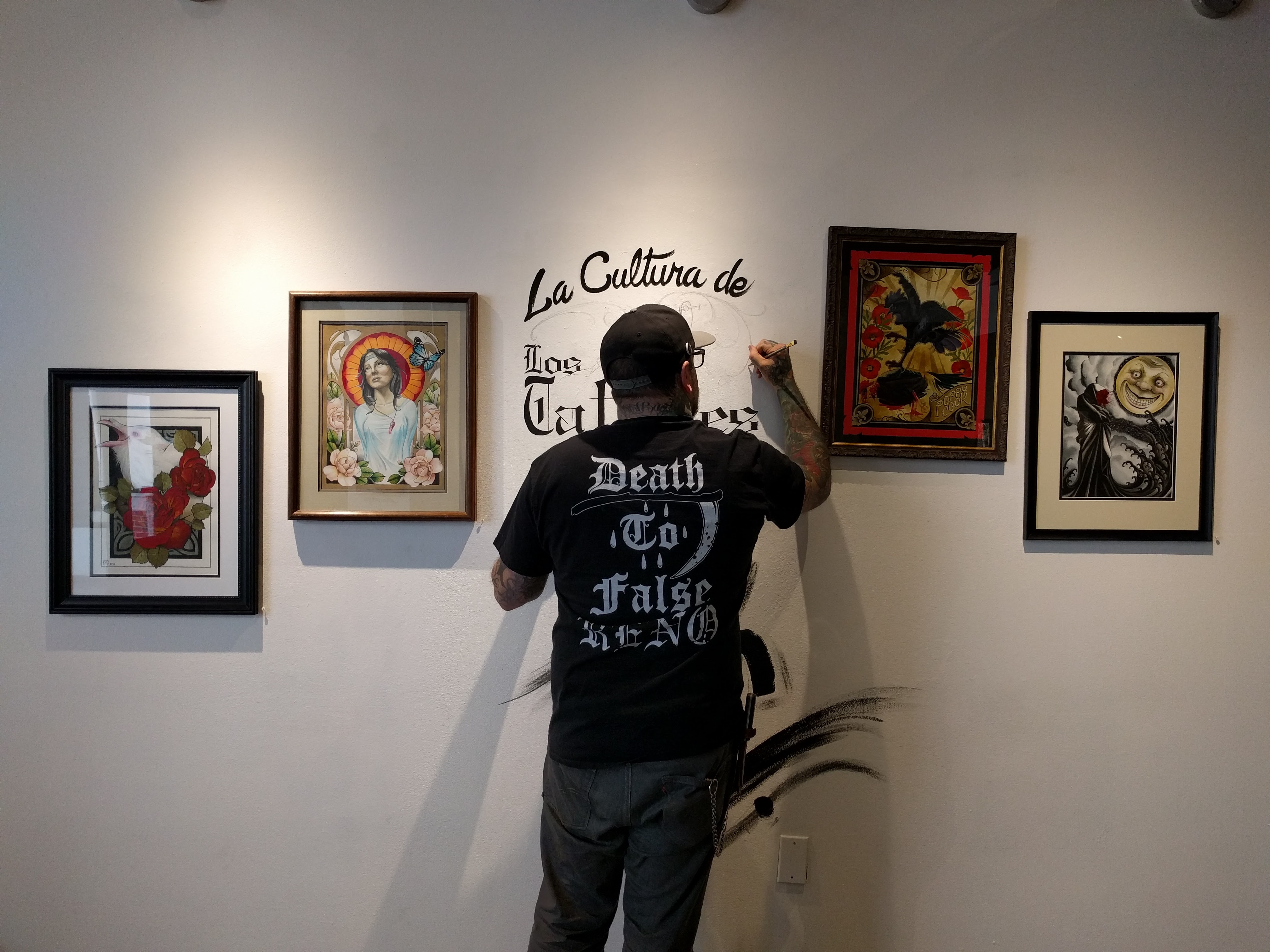 Listen to story below. 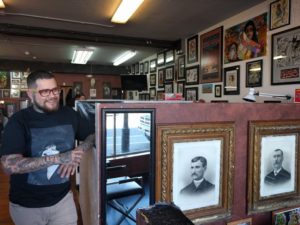 Albert Rivas is the shop manager for A Toda Madre. He has worked there for three years and is proud to say he has helped make it a welcoming place.

“One of the most standouts and most themed Hispanic, is smokey, his name is Mathew Fernando Carol Madri who is known as smoky. He learned how to tattoo while he was in prison and recently passed away from cancer. So you will be able to see work that you will never see again out of this exhibition,” said Eric Brooks, gallery director and creator of the exhibition.

Brooks said his goals were to promote the work of these artists and to engage with two very different demographics by changing up the traditional gallery space at the Sierra Arts Foundation.

“We have a solid base of people who come to our shows every month who may have never stepped into a tattoo shop before or may not understand why people get tattoos. So hopefully people will come experience this from both sides, people who love tattoos will get a different sense of it being in a gallery setting,” said Brooks.

As he hoped, the artist reception attracted an eclectic group including Melissa Gilbert, a frequent visitor of the gallery.

“I just bought the one that is the heart with the dagger going through it and it is so classical and yet done in a medium that is not classical. It just made me so happy to see so many different people of color and young people. It is not your classic opening and to me that just made my heart happy,” said Gilbert.

Gilbert’s purchase is the creation of Albert Rivas who has lived in Reno for 12 years and manages the tattoo shop “A Toda Madre” on Wells Avenue, which is in a predominately Latino community

“The paintings I painted are Latino influenced. I have a rosa sarape which is a rose that is very traditional in tattooing but also blended and mashed up with a sarape, which culturally known as a blanket like shawl,” said Rivas. “I feel like a lot of Latinos don’t know about traditional tattooing or maybe they’re use to a more black and grey Chicano style tattooing, so I try to persuade with my style of Americana blended with imagery of Chicano stuff.”

Rivas was born in Ocotlan, Jalisco and moved to the U.S. at the age of four.

“I grew up in Los Angeles. I was already into tattooing out there, except I always wanted to be a tatto artist. I just didn’t find it easy to do it there. I felt like, people typically get out of high school and either go to school, or for a lot of Latinos like myself, the next step is to get a job to help out and support the family,” said Rivas.

Rivas started his career when he was 20-years-old by giving free tattoos at the local mall. He himself is covered in ink and is often met with mixed reactions. 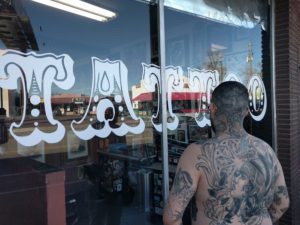 Rivas i proudly shows off on of his many tattoos. His piece was done by Chris (last name) at A Toda Madre.

“I have my whole head tattooed, and I don’t really shave my head often but when I do, I feel like I get different expressions from people than when I do when I have my hair grown out,” said Rivas.

Traditionally, tattoos are not well-received in older generations of Latino immigrants.

My mom told me that if I ever got tattooed she would disown me. I am now super tattooed and my mom is very proud of me. If I can change her mind on it then I think it is growing and that is why people are accepting it our generation is the change.”

Now Rivas and 10 other artists are part of that change by showcasing their work in La Cultural de Los Tatuajes.