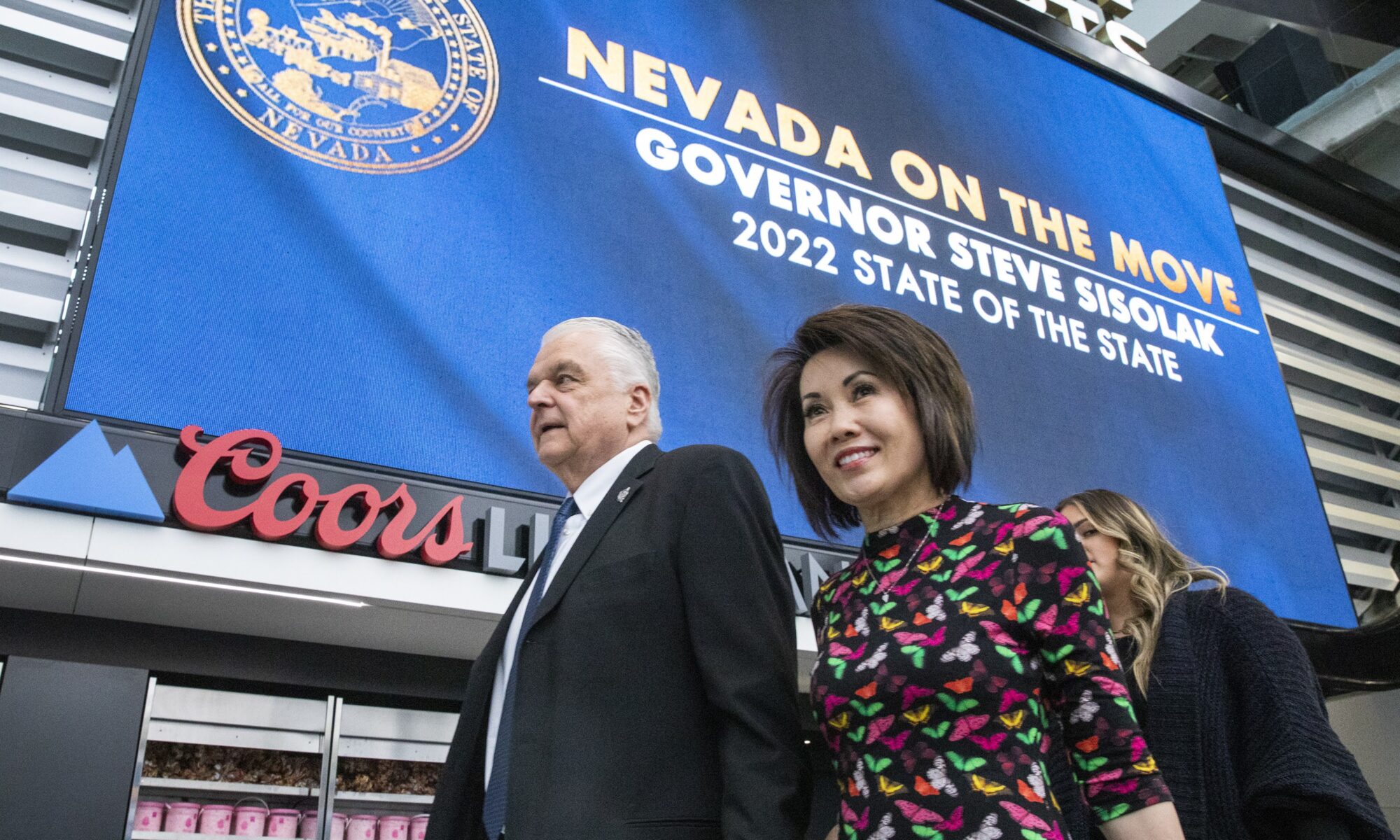 Nevada Gov. Steve Sisolak and his wife Kathy arrive at Allegiant Stadium for the State of the State on Wednesday Feb. 23, 2022. (Jeff Scheid/Nevada Independent)

Gov. Steve Sisolak on February 23, 2022, laid out plans for how Nevada will spend nearly $2 billion in federal pandemic relief money to confront some of the state’s most pressing issues, namely scarce affordable housing, incomplete broadband connectivity and poor access to child care.

The governor, in a rare, off-cycle State of the State address at Allegiant Stadium in Las Vegas, also detailed a laundry list of planned new initiatives and task forces, including covering the cost of school lunches statewide for the next school year, the creation of a statewide extreme heat strategy and joining a multi-state prescription drug consortium.

A key pillar of the plan is a $500 million investment in a new “Home Means Nevada” initiative that Sisolak said would boost housing construction, provide more homeownership opportunities and help seniors make repairs and accessibility retrofits to their homes. He described it as the largest housing-related investment in state history.

“While I can’t promise to solve the national [inflation] problem, I can promise to do everything in my power to help families with the rising cost of living,” he said.

Overall, Sisolak — whose wife and two daughters attended the speech — described the state of the state as “resilient,” pushing a message of “Nevada is getting stronger” throughout the speech that was echoed on signage throughout the stadium. He also said his administration would “hold the line” on taxes and that all of the proposals could be accomplished without raising taxes.

His remarks, while delivered in his official capacity, nonetheless marked a concerted effort for the first-term Democrat to outline a clear vision for his remaining months in office and a potential second term heading into what’s likely to be a difficult re-election campaign. He did not take questions from reporters after the speech.

“The truth is we never gave up,” he said. “And while we still have a lot more work to do, we refused to let the pandemic stop our progress.”

The portion of the article is shared as part of our collaboration with The Nevada Independent. This story was originally published on February 23, 2022 and written by Jackie Valley and Riley Snyder.