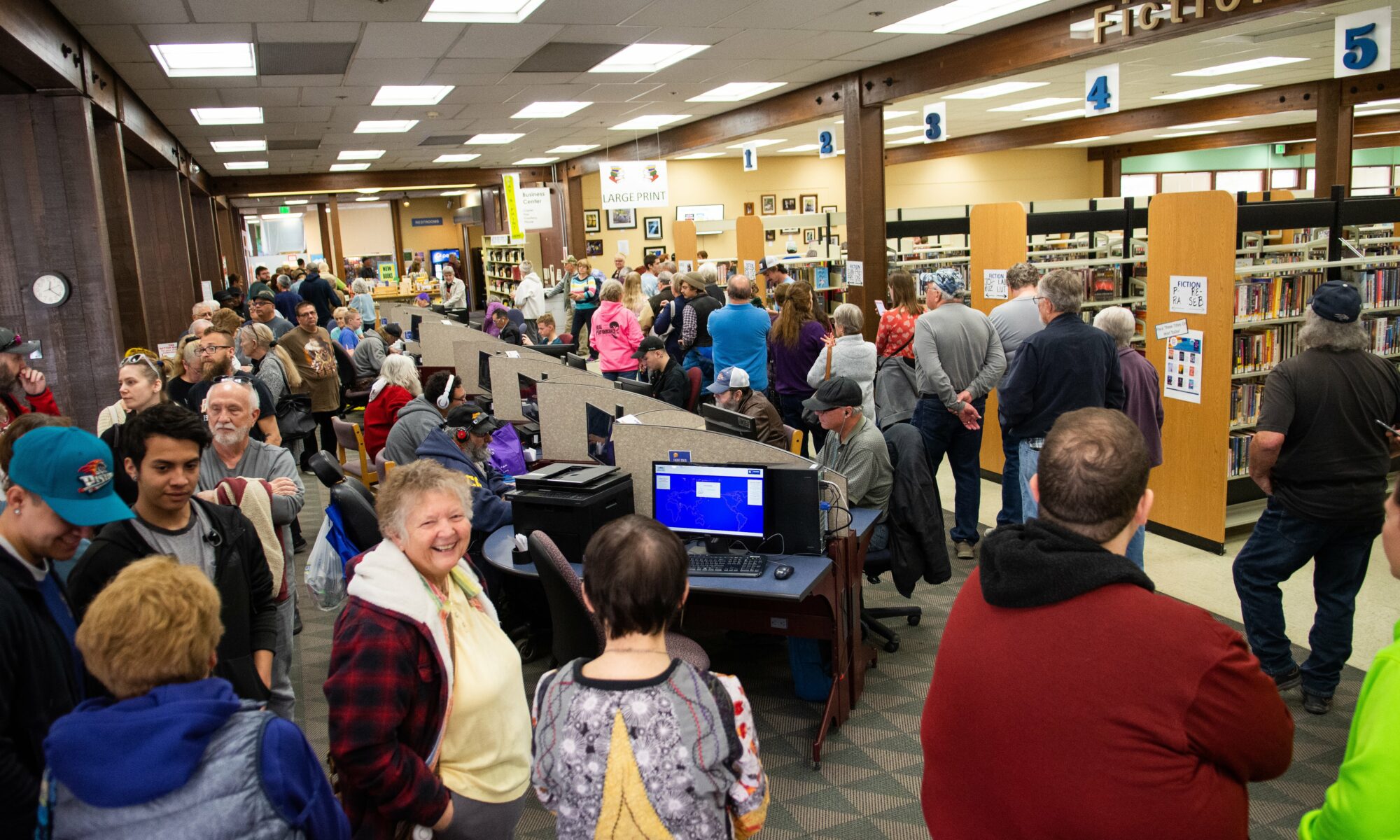 More than 300 Democratic voters wait in line inside Sparks branch of the Washoe County Library in Sparks, Nev. on Saturday, Feb. 15, 2020, the first day of early voting. David Calvert/Nevada Independent

The Washoe County Library System became one of the first library systems in Nevada to eliminate fines for overdue books and materials last week, joining a nationwide movement aiming to alleviate financial stress and create a more welcoming space.

The decision to eliminate overdue fees came during an Aug. 19 library board of trustees meeting and followed a policy of pausing fines during the pandemic and a resolution the American Library Association passed in January 2019, recognizing penalties as a form of social inequity.

Library officials hope the decision will reduce barriers for groups that might otherwise have difficulty returning materials, such as low-income families, people with disabilities and the elderly.

“We don’t want to police people using the library. We want people to use the library, have a good experience, and come back for more books,” Jeff Scott, the Washoe County Library director, told The Nevada Independent. “We don’t want to be penalizing people for dimes and quarters because most of the time that’s all it is.”

Librarians and staff will also have more time to spend developing programs and working with patrons now that they do not have to worry about harassing people for late fees, Scott added.

The library system joins the Carson City Library, which has been fine-free for about a decade, and the Douglas County Library.

This portion of the article is shared as part of our collaboration with The Nevada Independent. This story was originally published on August 27 and written by Tabitha Mueller.